1. Those who want to sow discord are neither Sunni nor Shia

“If Islamic brotherhood comes to the fore among Islamic countries, such will become a great power which none of the global powers will be able to cope with. ”

3. Avoid every kind of dispute.

“Shia’s and Sunnis brothers should avoid every kind of dispute. Today, discord among us will only benefit those who follow neither Shi’ia nor Hanafi. They neither want this nor that to exist, and know the way to sow dispute between you and us.”

4. We are all Muslims

“The Muslims must be a united Hand against all arrogance.”

6. None can rise up against them…

“If the Muslims were a united, single fist, none can rise up against them.”

“Do not keep saying “unity but not go after it. Be active together, you are brothers to one another.”

8. All must be under the banner of Islam

All Muslims are brothers and equal, none is separate from another and all must be under the banner of Islam and of monotheism.

“Muslims are brothers and will not be segregated by the pseudo-propaganda sponsored by corrupt elements. The source of this matter – that Shi’ites should be on one side and Sunni on the other – is on the one hand ignorance and on the other hand propaganda of the foreigners.”

10. Communities themselves must be a single Ummah

“The communities themselves must be a single ummah; they should assemble together and not be separated; they should not regard the borders as causes for separation of the hearts.” 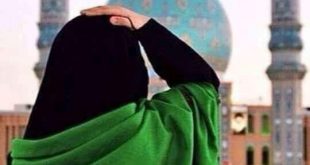 From the words of Ayatollah Khamenei: As long as one is not pious, he or …