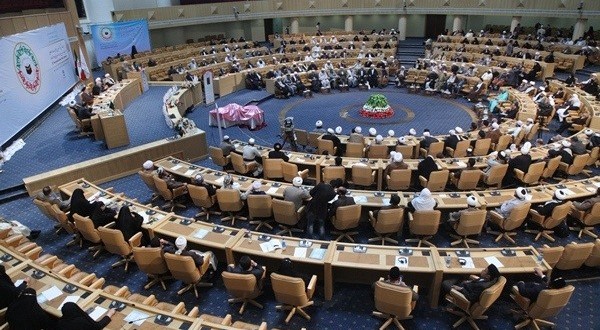 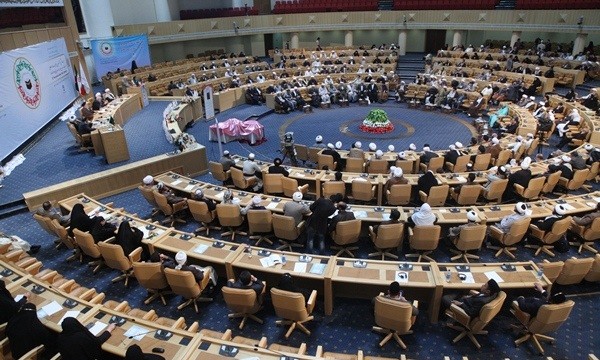 AIM sent a delegate to a major event in the Islamic Republic of Iran where dignitaries and scholars from more than 103 countries around the world have participated at the 26th International Islamic Unity Conference held in Tehran.

Participants at the conference stressed that the proximity of Islamic schools is the most important way to realise unity in the Ummah.

According to the statement, political differences should never inflame ideological, historical differences and instigating any kind of factional or ethnic conspiracy will only serve the enemies.

Participants at the conference also reviewed the tradition or Sunnah of the Holy Prophet and stressed on practicing the Prophet’s lifestyle in their life.

Muslims attending the conference believe that the Muslim Ummah is facing great challenges targeting the beliefs and culture of Muslims, aiming at hatching plots to weaken the identity of Muslims.

According to the statement issued, participants call for mutual respect and leaving the differences for scholars to solve, and stressed on the need to refrain from insulting others.

Meanwhile, participants at the conference call on Muslims to innovate in intellectual fields that would lead to proximity among Muslims.

Ayatollah Mohsen Araki, the chairman of World Forum for Proximity of Islamic Schools of Thought briefed the participants about the conference saying, “During this meeting, the challenges faced by Muslims around the world have been brought into spotlight and practical guidelines have been offered which were welcomed by the participants.”

At the closing ceremony, a report on the committees formed at the conference was issued.

Meanwhile, two new books on the proximity among religions have been unveiled.

The two day international conference wrapped up in Tehran with a speech delivered by Iran’s parliament speaker Ali Larijani.