In response to the arrest of American Muslim Journalist Marzieh Hashemi in the United States, the Ahlulbayt Islamic Mission said the following:

Sister Marzieh Hashemi is a 60 year old black Muslim convert who is a prominent journalist and news anchor. She has been arrested and detained in the United States without any clarity as to the reason. Thereafter in prison, her Hijab has been forcibly removed and she has been offered no meals apart from pork and non-halal foods, which has restricting her diet to Pretzels and bread.

We believe this arrest and the manner in which her rights have been violated are symbolic of the plight of Muslims living in an increasingly Islamophobic environment in the West. The case of Sister Marzieh is a symbol of our struggle for equal rights and respect.

We as a Muslim Community; Mosques, Islamic centres, scholars, academics, activists, professionals, businessmen or the like; must speak out about this gross violation of rights of the respected Sister Marzieh Hashemi who we believe is being targeted for no reason other than her Islamic religious and political affiliations.

We advise people to write to their political representatives, media outlets and human rights organisations to bring awareness to this case and demand her immediate release. For social media activity, please use the hashtag #FreeMarziehHashemi.

We pray that she is released immediately and that the ordeal her and her family are facing ends soon. 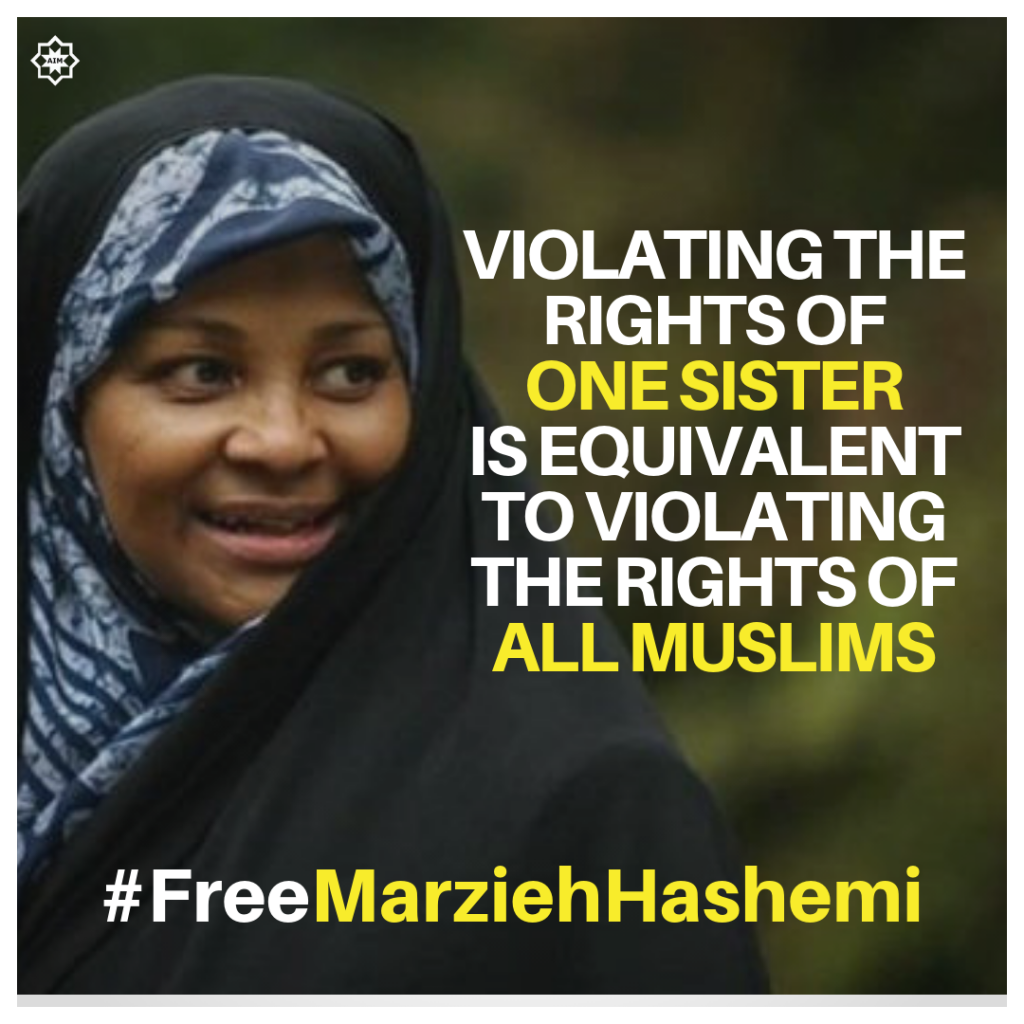