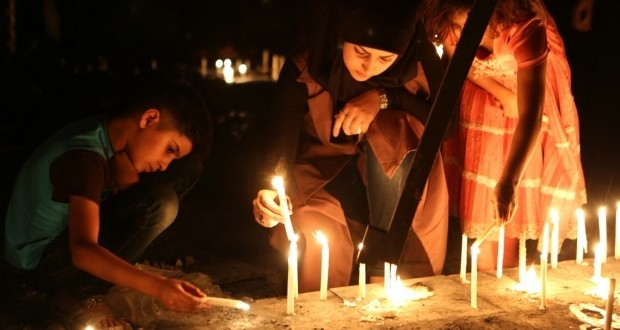 AIM raises over £24,000 for the victims of terrorism in Iraq 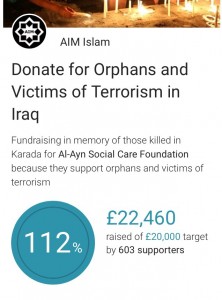 In the aftermath of the horrendous massacre that saw more than 200 innocent lives lost in Karada, Iraq, AIM launched a fundraising campaign to help the orphans and victims of terrorism in Iraq.

AIM was inundated with messages of support and a constant stream of donations from around the world.

Commenting on the success of this campaign, Samir Al-Haidari from AIM said, “This heartfelt support is a testament to the generosity of people who want to stand with the oppressed. We would like to take this opportunity to sincerely thank everyone who helped in this campaign and ask the Almighty to reward everyone for what was offered in His way.”

The donations will go to the Al-Ayn Social Care Foundation, who are doing fantastic work to help those suffering inside Iraq.

A spokesperson for Al-Ayn UK, said, “I would like to convey our appreciation to the organisers of the appeal, and to all those who donated generously. The news of the campaign has reached the people of Karada, and they have been touched by this show of solidarity. Inshallah these funds will go a long way in supporting orphans in Iraq who are affected by the recent developments, and we will do our utmost to reach out to, and prioritise, those families affected in Karada.”