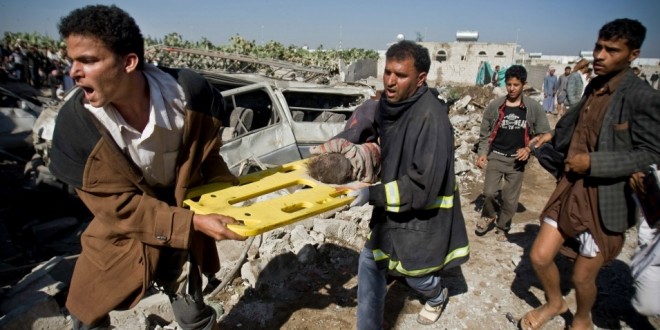 AIM signs letter to the UN about the Yemen crisis

The Ahlulbayt Islamic Mission (AIM) and the Islamic Human Rights Commission (IHRC) are amongst over fifty organisations – including prominent NGOs and civil societies – that have co-signed a letter addressed to the UN secretary general Ban Ki Moon earlier today.

Focussing on the deteriorating humanitarian situation in the country – some nine million people are believed to be in need of assistance and hundreds of thousands have been displaced – the letter says that a pause in the bombing by the Saudi-led coalition will allow much needed emergency supplies to enter the country.

Targeting of the country’s airports and runways and a military blocaked of Yemen by coalition forces have made impossible the delivery of the required amounts of aid.

The letter also draws the UN secretary general’s attention to the continuing presence of Saudi Arabia on the UN Human Rights Council, a position which the signatories say us inconsistent with the numerous violations of human rights and international law Riyadh is committing in respect of Yemen.

The coalition has declared whole cities and towns to be military targets, something the signatories say amounts to collective punishment which is a war crime, as it is disproportionate in scale and fails to distinguish between military targets and the sanctity of civilians and civilian infrastructure. 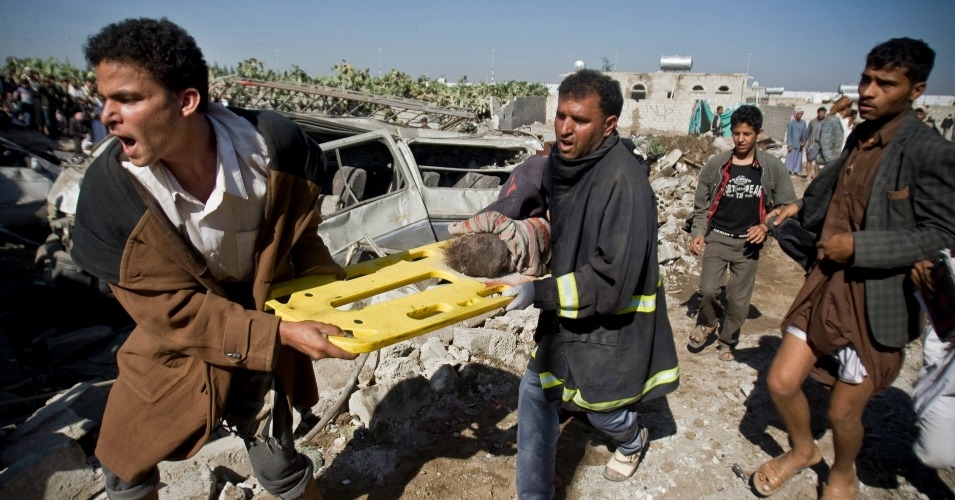 The letter reads as follows:

We wish to draw your attention to the deteriorating humanitarian situation in Yemen.

Since the statement of the UN Humanitarian Coordinator for Yemen of 4 May 2015 in which he called on the Saudi-led coalition to cease its bombing of Sana’a airport so that aid could enter the country warplanes have continued to bombard towns and cities across the country.

The coalition has ignored those calls and in fact intensified its military campaign. In recent days it has declared the whole of Saada a military target forcing tens of thousands of civilians to flee the city. However many more people remain trapped, unable to escape.

This declaration amounts to collective punishment as it is disproportionate in scale and fails to distinguish between military targets and the sanctity of civilians and civilian infrastructure, which amounts to a war crime.

The statement of Johannes Van Der Klaauw referred to the impossibility of aid agencies getting emergency medical assistance and personnel into the country when the airports, the country’s main lifelines, are being bombed by coalition warplanes. This is having a critical effect on the civilian population.

As you are aware the crisis has reached dire proportions. According to the UN’s own estimates about nine million Yemenis, over a third of the population, are believed to be in dire need of humanitarian assistance, and hundreds of thousands have become internal refugees.

You will also be mindful of the fact that Yemen is the poorest country in the Middle East and is overwhelmingly reliant on imports of food to sustain its population, many of whom were already well under the poverty line before the outbreak of the current armed conflict. The ongoing siege and blockade of Yemen by coalition forces has worsened the humanitarian situation. Only limited food is getting to the country by boat or air, with damaged airport runways now unable to receive large cargo planes after initial consignments of emergency aid were flown in. The shortages have caused the prices of whatever little food that is available to skyrocket out of the reach of ordinary people.

Residents and aid agencies are also reporting widespread fuel shortages aggravating the already fragile electricity network. Hospitals are running out of fuel to run their generators and water pumps that provide clean drinking water cannot be operated, leaving many civilians forced to drink dirty water and increasing the risk of illness and the spread of diseases.

We would also like to draw your attention to Saudi Arabia’s presence on the UN Human Rights Council, a position which is inconsistent with the numerous violations of human rights and international law Riyadh is committing in respect of Yemen.

Further to the statement of Johannes Van Der Klaauw of 4 May we urge you to exert pressure on all protagonists in the Yemen conflict to lay down their weapons so that supplies of much needed humanitarian aid can reach the victims. Particular emphasis needs to be placed on securing an end to the aerial bombardment so that Yemen’s airports can reopen their runways to receiving international aid.

We the undersigned urge you to spare no effort to bring the warring sides in Yemen to implement an immediate ceasefire for humanitarian and political purposes. A pause in the fighting would allow crucial supplies in and permit civilians to get out of combat zones and also serve as a foundation for the warring sides to come round the negotiating table with the aim of resolving their differences without further suffering and bloodshed.