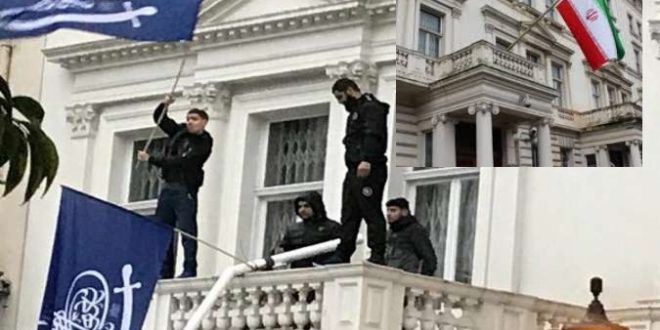 AIM stands for unity with both Shia and Sunnah

Dear brothers and sisters, this week AIM shared two videos that were in response to the recent attack on the Iranian Embassy in London.

We also shared a video by Islamic Pulse, which is an online project started up independently by a group of active Hawza Students in the holy city of Qom. This video in particular has created heated debate.

This message is to clarify AIM’s position in this debate.

We believe that unity with both Shia and Sunni Muslims is a necessity and consider this one of the objectives of the Shariah. AIM proudly believes in Wilayat Al-Faqih. We also proudly respect the diversity of opinions that exist in our Shia community. We believe it is natural for there to be a variance of opinions. We think intellectual and productive debate is healthy for the community and that there must be more space for discussion to transpire, but we also think we are one community and we must stand united to overcome the common challenges that we face.

Brothers and sisters, we live in complex political times and we should not underestimate this. This is a time when global politics at the highest level and the smallest of local tweets are connected. Sometimes people play proactive roles and other times they don’t realise the role that they are playing.

The situation with the Shirazi sect is multi-layered, as there are clear political and religious fracture lines and there are other areas where followers of that sect may not be so aware of what is happening. At this juncture, some facts should be made clear:

Sayyid Sadiq Shirazi called those who are against tatbir Jahanami

If Sayyid Sadiq Shirazi disagrees with the above, why is this not clearly and categorically known? Because his silence whilst having 18 satellite channels to speak from means he is accepting of these actions from his close family and associates.

If the Shirazi sect truly believes in Shia unity, it must explain its continued divisive rhetoric that it is using systematically. As grassroot organisations, activists, and individuals, sometimes we may get things wrong, but when something is as systematic as seen above, it means there is a strategy.

If the strategy is clearly divisive, it cannot also claim to be for unity. It is precisely because the issue of unity is very important to us, and because too many red lines have been passed, that we can no longer remain silent. If it is unity that is truly sought, then let the Shirazi sect stop their attacks against other scholars and symbols of our faith, however, if the Shirazi sect continues, let them not then cry foul play when others respond.

Attempts to Isolate AIM from the Community:

More locally this issue has become the latest excuse for specific players to again call for the isolation of AIM from the community, claiming we are ‘extremists’ and a ‘minority’. We have heard this before.

Dear brothers and sisters in the UK, please do not downplay the dangerous and political undertones that are at work. It is not a coincidence that the same people that are trying to label AIM as extremists are those with the closest ties and titles from the UK establishment. They call for rallying other organisations under one banner and isolating AIM. Indeed, others have even claimed we do not follow Wilayat Al-Faqih and that our objective is to stir trouble.

The most recent attempt is to pump up other organisations against AIM. Why? And on what basis? Do you think such a division is advisable instead of meeting to talk? What is their motive and why are they passionate about it? What is their track record of working with the establishment and were they not the reason for divisions of the past?

I ask you to reflect over this and realise that there are other powers at play that continually seek to create divisions amongst us.

Our natural position has always been and will always remain that of love and respect for other organisations and centres, including the Islamic Centre of England, the Office of Ayatollah Khamenei, which we consider our innate home.

Tonight is Laylat Al-Raghaib, on this night we ask the Almighty Allah to unite this Ummah under the love of Muhammad (saw) and his Holy Progeny (as).

As for those who wish to plot and scheme, your time will soon be at an end.

Clarification:
We would like to respond to some feedback we have received regards the mentioning of Shabab Al-Sibtain in our earlier post.

We at AIM do not think that our brothers in Shabab Al-Sibtain are involved with those creating mischief.

Our only point was that mischief makers are trying to come between us.

We have the utmost of respect for these brothers and their mention was in no way designed to undermine or disrespect them.

Any implication of such is a misunderstanding that we unreservedly apologise for.

We have removed their name from the earlier message to avoid any confusion.