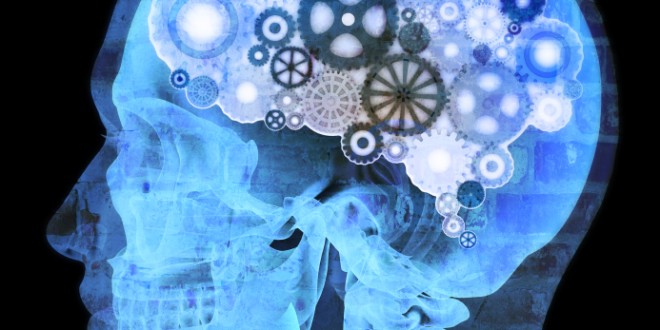 Analogy: the heart of human intellection

Modern scientists believe that analogical reasoning is at the core of human cognition. Hannah Smith finds parallels with divine guidance which explains everything from ethics to the unseen in this innate natural language

What  do  the  dream  of Prophet  Joseph (a)   about seven  ears  of  grain  and the  phrase  ‘life  is  like  a box  of  chocolates’  have  in  common? Analogically  speaking  they  are  both examples of analogies.

Analogical  reasoning  is  one  cognitive  process  by  which  humans  make connections  between  diverse  objects and  processes  involving  “any  kind of  relation  of  one  thing  to  another”. Scientists  believe  that  it  is  one  of  the most common methods of reasoning by which people make sense of the world although it does not necessarily involve any form of logic. Analogical reasoning involves  what  is  called  a  mapping process  whereby  a  similarity  is  drawn between  two  different  situations  or objects.  Although  all  analogies  involve recognising  a  commonality  between two  different  situations,  the  nature  of the  similarity  can  take  several  forms. For  example  analogical  mapping  can involve  a  functional  similarity,  where a familiar function is recognised in an unfamiliar  and  new  context,  such  as mapping  the  concept  of  mother  from human to cat, or a relational similarity between  two  pairs  of  objects,  such  as builder  to  house  and  bee  to  bee  hive, where the analogy is the relationship of construction between the object pairs.

Navigating everyday life
Some scientists believe that the importance  of  analogy  for  human  cognition has been underestimated until recently; instead  of  being  utilised  sparingly, they  believe  it  is  the  bread  and  butter of  everyday  thinking.  Humans  are constantly  drawing  upon  analogies to  understand  how  to  interact,  use  or operate  new  examples  of  objects  or machines  that  they  have  previously seen hundreds of examples of. Without analogies humans would not be able to carry out even the most basic everyday tasks due to the infinite multiplicity and uniqueness of every object and creature we  encounter.  No  two  objects  are  the same,  and  analogical  reasoning  allows us to recognise abstract functions and qualities retained in our memory within new objects and situations. For example in operating a tablet computer for the first  time,  a  user  would  draw  upon their  previous  experience  of  using  a keypad or keyboard on a telephone or computer.

Analogy in the physical sciences
Analogical  reasoning  has  been  at  the heart  of  some  of  the  most  influential scientific  breakthroughs.  It  has  been used  to  infer  new  hypotheses  about physical  processes  –  for  example  by using  existing  scientific  models  and ideas to explain new observations and phenomena. Nobel prize-winning physicist  Albert  Einstein  utilised  analogies on numerous occasions including in his discovery of the fundamental particle of light, the photon, in 1905. He was able to  apply  an  analogy  from  one  branch of physics – the behaviour of an ideal gas  in  which  molecules  are  modelled bouncing  around  inside  a  container –  to  another  area,  the  black  body which  he  modelled  as  a  vacuum-filled container in which light waves bounce around  like  ripples  on  a  pond.  The analogy  allowed  Einstein  to  construct almost identical equations for the black body  as  existed  for  the  ideal  gas  from which  he  predicted  the  existence  of the photon that was later confirmed by the experiments of Arthur Compton in 1923.

Analogies  are  also  used  frequently  in teaching science to school pupils. Electrical circuits are often taught through water  or  railway  models  where  for example  water  flowing  through  a  pipe is  used  to  represent  electrons  moving through  a  wire  and  a  water  pump is  used  to  represent  a  cell  or  battery. Analogies can aid the learner by making abstract entities such as electrons and atoms concrete and therefore easier to visualise and remember.

Analogy in the Qur’an  and metaphysics
The Qur’an and sayings of the Prophets and  Imams  are  loaded  with  different kinds  of  analogies  aimed  at  enriching the  meanings  of  their  teachings.  One important type of analogy found in the Qur’an and narrations, as well as other religious scriptures such as the Bible is the parable (18:45):

Parables are short stories that illustrate abstract  ideas  such  as  moral  precepts using  concrete  characters  and  objects. In  the  verse  above,  many  inferences can  be  drawn  about  the  nature  of  the worldly  life  through  the  description of  the  water  and  its  effects:  that  life provides  sustenance  for  the  human soul,  is  brief,  will  perish  and  is  easily ruined.

Metaphysics, the science  of  the  nature of  being  –  that  attempts  to  elucidate the  reality  of  the  world  beyond  the material and physical – relies on analogies to translate imperceptible realities into  intelligible  structures  that  can  be understood  by  anyone.  The  Prophet Muhammad (s)  relied heavily on analogies to describe the mysteries of the hidden unseen world that exists beyond our five senses  and  the  nature  of  the  afterlife and the immaterial realms of existence. The Qur’an, which by its own admission has different levels of meaning, can only be  understood  esoterically  through  its analogical  description  of  hidden  realities. One of the most famous verses in the Qur’an that is entirely metaphorical and  analogical  in  composition  is  The Light Verse [24:35]:

“God is the Light of the heavens and the earth.
The parable of His Light is a niche wherein is a lamp –
the lamp is in a glass, the glass as it were a glittering star –
lit from a blessed olive tree,
neither eastern nor western,
whose oil almost lights up,
though fire should not touch it
.Light upon light.
Allah guides to His Light whomever He wishes.
Allah draws parables for mankind,
and  Allah  has  knowledge  of  all things.”

The analogy of light is used frequently in Islamic literature as a representation of  the  relationship  between  God  and His creation and the different levels of existence. The analogy of light has many roles  in  mapping  and  interpretation. One  analogical  similitude  of  light  is made between the way God illuminates human beings spiritually such that they can see or know his existence and the manner  in  which  material  light  illuminates  the  physical  world  by  reflecting off  non-luminous  objects  so  that  we can  detect  their  physical  contours. Another  analogy  involving  light  is the  philosopher’s  explanation  of  the degrees of existence and their relation-ship to their common source, God, the Absolute Being. He is compared to the most intense light, and the descending planes of existence which move further away from Him in their reality, emanate from Him and share His essence in the same manner as variable intensities of light that decrease in brightness. Fundamentally, analogy is the only way that  the  rational  human  can  comprehend  the  ultimate  reality,  God,  and his  own  reality  as  a  dependent  being that reflects the divine reality. God has revealed to us an understanding of His nature through analogies of proportion through the common attributes that He shares  with  the  created  world  and  its creatures such as strength, compassion and mercy that we possess in a relative sense and He possesses in an absolute manner.

In  summary,  contemporary  scientists believe  that  analogical  reasoning  is  at the  core  of  human  cognition  from  the most mundane of everyday tasks to the greatest  scientific  discoveries.  Unsurprisingly  divine  guidance  has  been revealed in the language of analogy to teach mankind the fundamentals of the Islamic religion from the nature of the unseen  world  to  ethics  and  morality through parables.