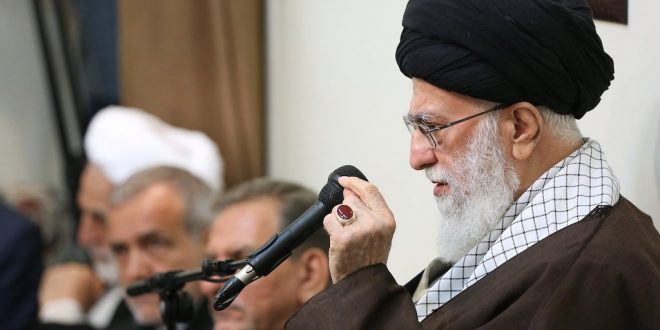 In a fatwa regarding the users’ privacy on social networks and internet messengers, Ayatollah Khamenei announced that an invasion of privacy is absolutely forbidden according to Islamic jurisprudence.

While meeting with a group of government managers and officials on April 9, 2018, Ayatollah Khamenei announced a fatwa regarding the privacy of users on social media networks and internet messengers:

“The officials must safeguard the people’s and the country’s security and privacy. Invading the privacy and security of the people is religiously forbidden, and against the Islamic law and must not be undertaken.”