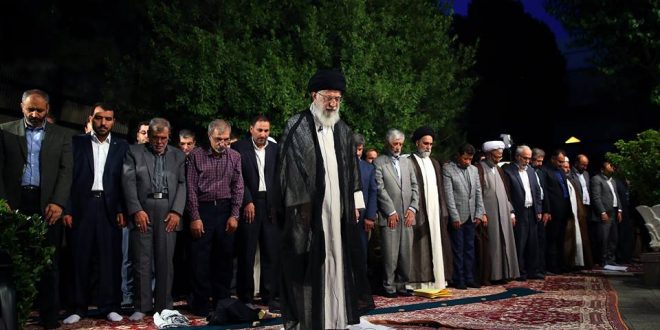 Ayatollah Khamenei: ‘Islamic values would have perished, If Imam Hassan (as) had not made a peace treaty’

If Imam Hassan Al-Mujtaba (as) had not made a peace treaty, the Islamic movement of values would not have lasted too long, and it would have perished, because Muawiyah would finally take power. The situation was not one that Imam Hassan (as) could take control of. All factors worked against Imam Mujtaba (as) taking power. Muawiyah would gain power because he possessed the propaganda machine. Muawiyah’s image in Islam was not the type that could not be painted as justifiable. If Imam Hassan (as) had not formed a peace treaty, they would’ve eradicated all members of the Prophet’s linage, leaving no one to protect the original system of Islamic values. Everything would fade away, Islam would be forgotten, and there would be no chance for Ashura either.

If Imam Mujtaba (as) was to continue fighting the war against Muawiyah—which would lead to the martyrdom of Prophet’s linage—Imam Hossein (as) would become martyred in that event, their outstanding companions would also perish; Hijr Ibn Ady would be killed; everyone would get killed, and no one would remain to take up the opportunity to protect the Islam of values and principles. This is what Islam greatly owes Imam Mujtaba (as): its survival.