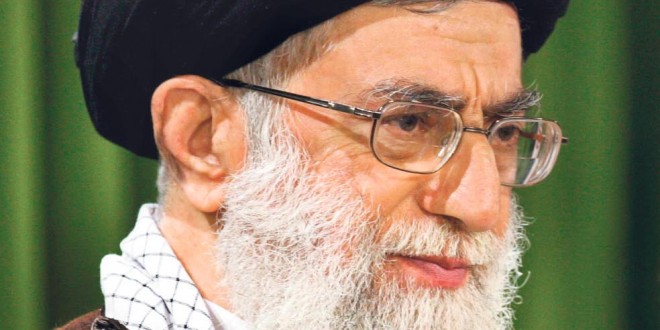 Ayatollah Khamenei Statement on US film insulting Prophet of Islam

The following is the full text of the message issued on September 13, 2012 by Ayatollah Khamenei, the Supreme Leader of the Islamic Revolution to condemn an American-made film which insults the Holy Prophet of Islam, Muhammad (peace be upon him and his family).

In the Name of Allah, the Beneficent, the Merciful

The Mighty and Wise Allah said: “Their intention is to extinguish Allah’s Light with their mouths: But Allah will complete His Light, even though the unbelievers may detest (it).” [The Holy Quran, 61: 8]

The wicked enemies of Islam have once again revealed their deep malice by insulting the Holy Prophet (God’s greetings be upon him and his household) and in an idiotic and disgusting move, they showed that evil Zionist groups are furious at the increasing brilliance of Islam and the Holy Quran in the world today. The fact that they have made the holiest person in all of creation the target of their disgusting nonsense is enough to disgrace those who have committed this great crime and sin. What lies behind this wicked move is the hostile policies of Zionism, America and other leaders of the arrogant powers, who are vainly trying to make young generations in the Islamic world lose respect for what is held sacred and to extinguish their religious sentiments.

If they had refused to support the previous links in this evil chain – namely, Salman Rushdie, the Danish cartoonist and Quran-burning American priests – and if they had not ordered tens of anti-Islam films from the companies affiliated with Zionist capitalists, today this great and unforgivable sin would not have been committed. The number one culprit in this crime is Zionism and the American government. If American politicians are sincere that they are not involved, they should duly punish the perpetrators and the financial backers of this hideous crime, who have filled the hearts of Muslim people with pain.

And our Muslim brothers and sisters throughout the world should know that these futile and desperate moves by the enemies against Islamic Awakening are a sign of the greatness and importance of this uprising and a sign of its increasing growth.