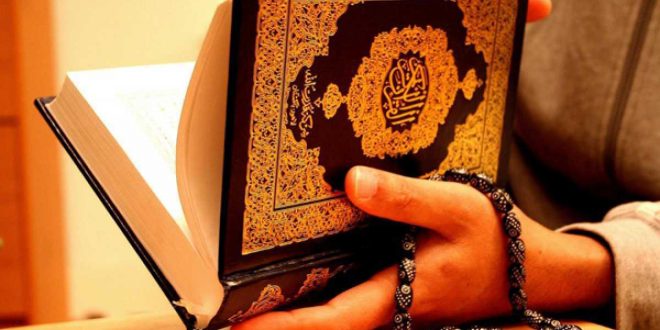 Ayatollah Shaheed Mutahhari: The abandonment of the Qur’an

Today, we have a complaint that we must address to this new generation which is: Why are they not acquainted with the Qurʾan?  Why are they not being taught the Qurʾan in their schools?  Even if we go to the Universities, we see that the (Muslim) university students cannot even recite the Qurʾan!  Of course it is unfortunate that this has occurred however we must ask ourselves, “What steps have we taken to help them in this path?”

Do we assume that with the lessons of Fiqh, Shariʿah and Qurʾan which are being taught in the Islamic schools (Madaris) that this is enough for the new generation to become completely acquainted with the Qurʾan?

At this point, we will prove to the readers how we have alienated ourselves from this Sacred Book.
If a person’s knowledge is that of the science of the Qurʾan – meaning that he does a lot of contemplation upon the contents of the Qurʾan and if he knows the complete interpretation of the Qurʾan, how much respect would such a person have amongst us?  None.  However, if a person was to know “Kifayah” [1] of Akhund Mullah Kadhim Khurasani, then he would be respected and would be considered as one with integrity.

Thus, the Qurʾan is truly unknown and has become distanced from us and this is the same complaint that the Qurʾan itself will proclaim!
We are all included in the protests and objections of the Messenger of Allah (S) when he complains to Allah (s.w.t.):

“O’ my Lord!  Surely MY nation took this Qurʾan as something trivial.” [2]

Approximately one month ago [3] one of our own great scholars had gone to the holy cities (in ʿIraq) and narrates that he visited Ayatullah Khuʾi (q.d.s.).  He said to the Ayatullah, “Why have you stopped the lessons in Tafsir which you were previously giving?” [4]   The Ayatullah replied to him that there were many obstacles and difficulties in offering classes on Tafsir of the Qurʾan.  This scholar then told Ayatullah Khuʿi (q.d.s.), “ʿAllamah Taba’taba’i (q.d.s.) has continued his classes on Tafsir of the Qurʾan in Qum and thus, most of his time is  spent in this area of study and research.”  Ayatullah Khuʿi replied, “Ayatullah Taba’taba’i has sacrificed himself – he has withdrawn himself from the society” – and he is right.

It is amazing that in the most sensitive issues of the religion, if we see a person who sacrifices his entire life to study the Qurʾan, then he will fall into thousands of difficulties and problems from the point of view of his food, overall life, his character (within the society), his respect and he will be removed from and deprived of many things.  However, if he was to spend his entire life in the study of books such as “Kifayah”, then he would be worthy of receiving everything!

What is even more amazing than this is that the older generation has acted in this regards to the Qurʾan, however we had higher hopes that the new generation of the youth would be able to read the Qurʾan, understand it and act upon it!

If the previous generations had not strayed away from the Qurʾan, then without doubt, this new generation too would not have been led astray from the path of the Qurʾan.  Thus, it is ourselves who have acted in this way to earn the wrath and curse of the Prophet (S) and the Qurʾan.

In relation to the Qurʾan, the Noble Messenger (S) has stated:

1) We must first recognize that which is troubling this generation.  Once we have done this, then we can sit and think of the cure and remedy for their problems, since without knowing what is troubling them, it is not possible to go forth and cure the illness.

2) The second thing is that the older generation must first correct themselves.  The older generation must ask forgiveness for the greatest sin which they have committed and that is that they have left and ignored the Qurʾan.  We must all return back to this Qurʾan and place the Qurʾan in front of us and then march forward under the shadow of the guidance of the Qurʾan so that we will be able to reach to happiness and perfection. !

1. The Messenger of Allah (S) has said: “The period of the youth is from the stages of obsession.” [6]

2. Imam ʿAli ibn Abi Talib  (a.s.) has said: “The ignorance of the young person is excusable and his knowledge is limited.” [7]

3. Imam ʿAli ibn Abi Talib  (a.s.) has said: “There are two things which people do not recognize the greatness of until they lose them: their youth and good health.” [8]