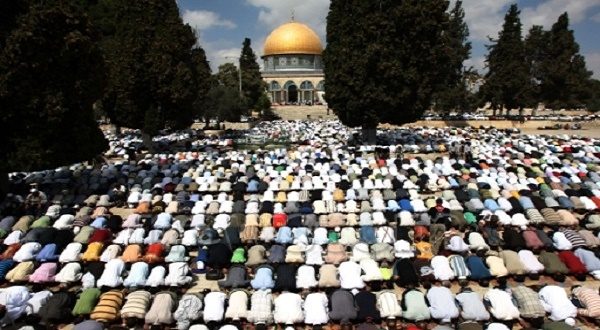 In the speech that I had given in this same venue under the topic of “Amr bil Maʿruf wa Nahi ʿAnil Munkar” (commanding to that which is right and forbidding from that which is evil), I alluded to a point which I will repeat here and that is: our religious responsibilities are of two types – some responsibilities are related to our performance of a task which takes shape in one particular form and shape.  All of the particular aspects of the specified task and its individual facets have been explained by the religion of Islam and we have been told that we must perform a particular act in its specified form adhering to the specific conditions.

Of course, that particular action has been ordered to be performed (by Allah (s.w.t.)) and there is a reason for it, however we are not responsible for the outcome or the result of the action.  These sorts of actions are referred to as Taʿabudiyat (issues that have been legislated which we must follow as acts of worship).  It is these sorts of actions which we can also refer to as those which are the “Responsibility of the Form and Shape of the Actions”.

For example, the Salat is an act which has a specified introductory act related to it (Wudhu, Tayammum, Ghusl) and conditions (relating to it); it has certain particular provisions and parts to it; there are also specified things which must not be performed and certain things which invalidate the prayers.  We have been commanded to perform the Salat regardless of the circumstances, and in its particular shape and form it is the purest form of obeying the orders of Allah (s.w.t.).  Of course though, this act of the Salat in its’ particular form has been ordered for a result or outcome – there is a direct corollary in the performance of this act:

“Surely the Salat keeps a person away from evil and wickedness.” [1]

We are simply accountable for carrying out this act and are not responsible for the outcome that this act will produce.  If we perform the act in the correct and complete way as it has been shown to us and how we have been ordered to perform it, then naturally the outcome (distancing ourselves from evil and wickedness) will follow.

However as for how that outcome will come about – through what channels and preliminary steps, by what conditions and how these will all be carried out – we must state that they should be carried out in the best possible way, however there is not one single, firm and describable way that it must be done.  Rather, the ways, methods and through what channels this outcome can come about changes with time and place.

Let me give you an example.  Let us suppose that you have a difficulty – for example, one of your friends is in prison.  There is a time where you expect a specific task to be completed from a specific person in relation to this trouble that you and your friend are in.  For example, your friend gives another person a letter and tells him to make sure that he gives this letter to a particular person – and that too at a certain time.  Obviously we can say that this letter was written for a purpose and goal, however the other party is only responsible to deliver the letter to the person whom you specified.

Another time, you want to reach the outcome by yourself directly and thus, have no need for the preliminary steps.  You tell your friend that you want him to help you get out of prison – however through what ways and means should be used – these are not specified by you.  The person himself must go and see what the best way is to carry out this task.

Usually, these sorts of responsibilities take form where the means to carry out the task is not of one type – meaning that the mode varies.  In one instance, the person must make use of a particular way and method, and at another time, he must make use of another method – the specialties of the time and place that he is in and in addition, the other particulars, may differ.  In these sorts of instances, the person must sit down, ponder, think and come up with the best possible means to reach an outcome.

Within the religion of Islam, we have both types of responsibilities.  The Salat (prayers) and Sawm (fasting) and all other acts of worship make up the first form of responsibility; and things such as Jihad (the sacred defense of Muslims and the Muslim territory) form the second type of responsibility.  In relation to Jihad, the Muslims have an obligation to defend the nucleus of Islam and to protect the freedom of the Muslims – however through what means?  Do they defend the cause with a sword, gun or something else?  These things have not been specified and in principle, these sorts of things are not able to be specified and generalized!  In each and every age, the Muslims are obligated to choose the best ways and methods to carry out this task (of defence):

“Make ready your strength against them to the utmost of your power including steeds of war to strike terror into (the hearts of) the enemies of Allah and your enemies and others besides whom you may not know but whom Allah does know.  Whatever you shall spend in the cause of Allah will be repaid back to you and you shall not be treated unjustly” [2]

Thus we must see – what is the best form or method of guidance in each and every time and era?
The issue of guidance and leadership is related to the second form of responsibility mentioned.  The Muslims are responsible for the guidance of one another.  Each generation is responsible for the guidance of the next generation – especially those people who are officially recognized as the leaders of the society – they have a much greater duty.

In any case, this outcome – meaning that of finding the mode and way of guidance – must be realized.  However as for the ways and methods which should be used to reach to this goal, these have not been specified or earmarked for specific times and or for eternity.
The noble verse of the Qurʾan states:

“O’ you who possess true faith!  Save yourselves and your families from the fire of hell whose fuel is that of mankind and stones!” [3]

This verse means that we must protect ourselves and our families from the fire of hell whose fuel is men and stones.  Thus, we see that there is an outcome that we must reach which is to save ourselves and our families, however the way to reach this outcome has not been specified.
In Islam, there is no complete, 100% correct method of guidance and leadership that has been specified in which all of the parts – including the introductory steps, forms, conditions and things which must be performed have been mentioned.  In principle these things cannot be specified and brought forth since they differ (according to the time and place that one is living in).

The (general) leadership of the people is not like the Salat which is a matter of obedience to Allah (s.w.t.) or for example the recitation of incantations and spells in which the person would simply memorize that which he wishes to recite to charm and control scorpions or snakes where any time a scorpion or snake would come around the person, he would recite the things which he has memorized to keep away or to tame the predator – meaning that there is no specific method which can be employed in these regards.