Ayatollah Sistani: Quds remains Palestinian and every effort must be made to return it

Below is a statement from an official in the office of Ayatollah Sistani which was published on their website earlier today:

“In the Name of God, the Beneficent, the Merciful

In response to the decision of the United States to acknowledge the city of Quds as a capital of the Israeli regime, an official from the office of Ayatollah Sistani in the Holy City of Najaf has stated the following:

This decision is condemned and deplorable, and has insulted millions of Arabs and Muslims. It does not change the reality that Quds is an occupied land which is obligatory to return to its rightful Palestinian owners however long it takes. It is incumbent that the Ummah makes every effort and unites its stance in this way and from God comes success.”

(Taken from the official website of the office of Ayatollah Sistani https://www.sistani.org/arabic/) 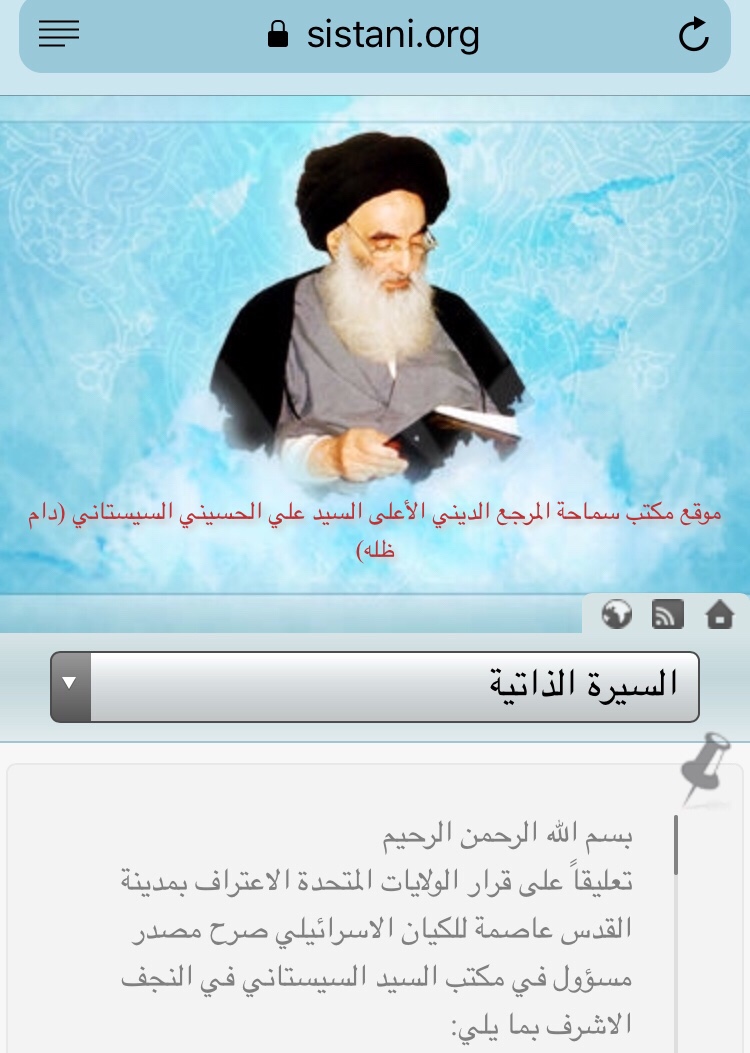