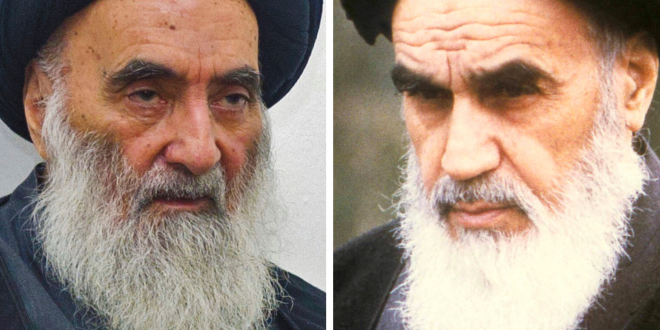 Did you know that Sayyid Sistani used to listen to Imam Khomeini speeches in secret during Saddam’s time?

Sheikh Nasser al-Din Ansari Al-Qomi, an investigator and researcher in the History of Scholars and Professor of Higher Studies in the Qom Seminary, details his meeting with the great religious authority, Grand Ayatollah Sayyid Ali al-Sistani, may Allah protect him.

“One day I, along with a group of people in the holy city of Najaf, met Sayyid Sistani (may Allah protect him).

I asked His Eminence: Sir, for how many years did you participate in the lectures of the late Imam Khomeini in Qom?

Sayyid Sistani stood up and said: First of all, I must stand in respect of the deceased Ayatollah Khomeini (may his secret be sanctified).

The Sheikh continued, He (Sayyid Sistani) said: Do you not know of the great work Imam Khomeini has done? We who were trapped here in Saddam’s clutches understood, and still understand, the value of his work. I used to listen to all the speeches of Imam Khomeini at night. I had a small radio, and I used to go to my library on the top floor and wait until after the eight o’clock news, for that was when the sermons of the Imam were broadcasted.

Do you remember that he said, in one of his sermons: Once, a Tehran merchant came to one of the Imams of the congregation in his area, and told him, “the words you say are not from the Qur’an, but are your own, and your work differs from your words”. Here, everyone in Sayyid Sistani’s meeting cried!

Then Sayyid Sistani continued and said: Now you are in Iran, work in a way where there is no difference between your words and your actions.

After that, Sayyid Sistani explained that he participated for about two years in the lectures of Imam Khomeini in Qom, then came to Najaf. 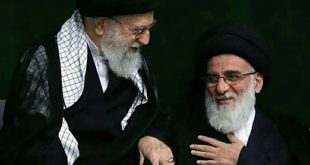 The Supreme Leader of the Islamic Revolution — Imam Khamenei — issued a message, expressing …