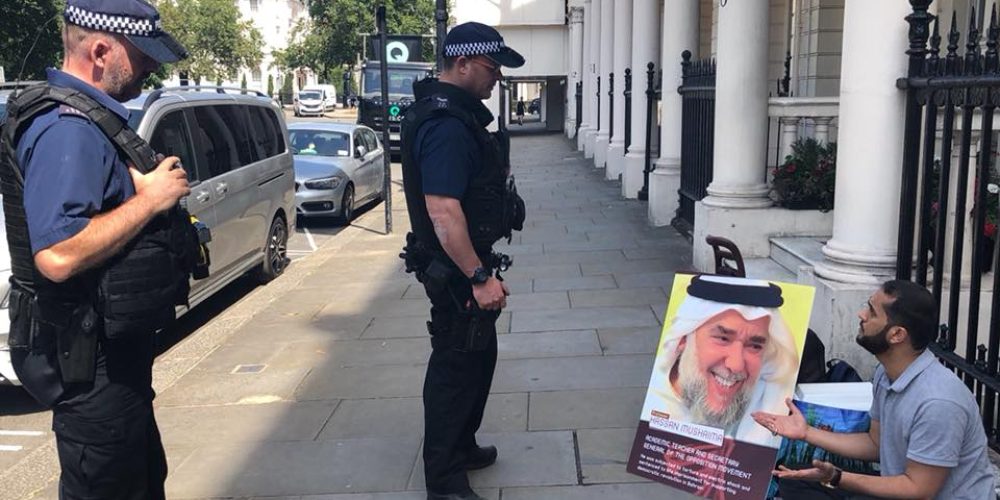 Bahraini activist on hunger strike outside Bahrain Embassy in London 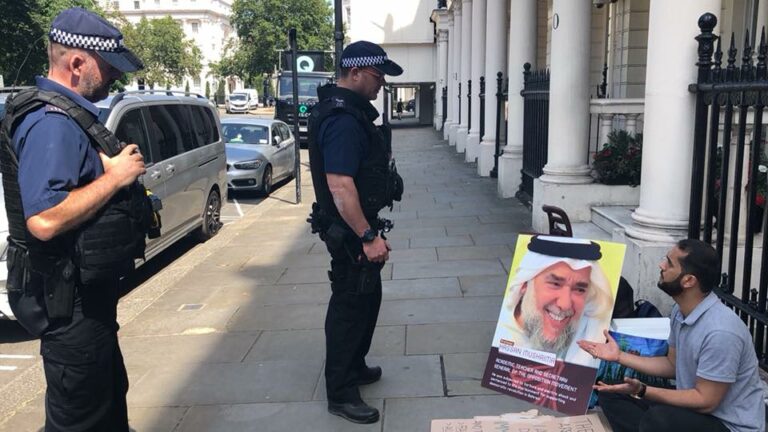 Hassan Mushaima, 70, was arrested in 2011 along with other Shi’ite activists and opposition figures and sentenced to life in prison for leading anti-government protests that year at the height of the region’s “Arab Spring” uprisings.

Amnesty International on Monday also accused Bahraini authorities of failing to provide proper medical care for Mushaima and three other elderly jailed activists for over a year.

“They are killing my father slowly, because when you are denying a 70-year-old man his medicine, his body will not take it,” said Ali Mushaima, sitting on a thin mattress on the pavement in front of the Bahrain Embassy, where he began his vigil on August 1.

Mushaima said his father had been treated for cancer several years ago, and needed regular check-ups to ensure the disease had not returned.

He said his father also suffered from high blood pressure, diabetes and a urinary tract infection. His medication is running out and authorities had not supplied him with new pills, Ali said.

Bahraini officials did not immediately respond to a Reuters request for comment. The Bahraini embassy in London last week denied Mushaima was being mistreated, saying he had been to the prison medical clinic 16 times since the beginning of 2018.

The embassy said “he continues to receive medical attention, along with his prescribed medications and a special diet as part of his medical regime.”

The embassy said Mushaima had been diagnosed with cancer 10 years ago. Since his conviction in 2012, arrangements had been made for scans every six months, it said.

“However, Mr Mushaima refused to attend these scans on both occasions last year,” it said on its Twitter account.

His son told Reuters: “They want to humiliate my father by putting handcuffs and shackles on his hands and feet, and he is saying I am not going to hospital or to see my family like this.”