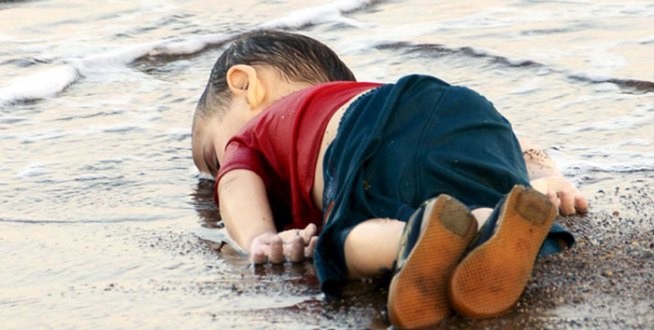 Break your heart until it opens 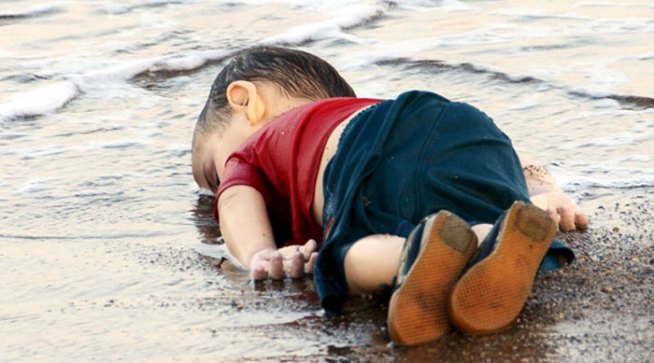 A mother is holding her 3 month old baby above the water as she kicks her legs as hard as she can to stay afloat. Gasping for air, she is running out of energy as well as breath. Her hands begin to fall the weaker she grows until the frozen baby’s body touches the water, which urges the mother to kick more violently and raise her arms higher to save her child. Soon, she will have exhausted herself, and with no one to aid her in the middle of the ocean, this Syrian refugee, who felt that taking the risk on these waters was safer for her and her child than to remain in her homeland, will drown. Her baby, innocent and unperceiving of this devastating world it was born into, will also drown.  The world will not know their names. They will be known as the mother and baby who drowned at sea as they tried to seek refuge in a country where they were not welcomed. A fate shared all too well by the Rohingya Muslims who were pushed out at sea, refused entry into surrounding countries. Thailand will not take them, neither will Malaysia. No, they belong to the sea. And in the sea they will drown.

A line rings true from the artist Kareem Dennis: I’m not related to the strangers on the TV, but I relate because those faces could have been me.

How true. You see, many of us live life oblivious to the world around us. We have become desensitised enough to all this corruption and oppression that we somewhere down the line subconsciously decide that it’s all just too much for us, and the oppressed become faceless numbers. We feel sadness for a moment, but soon enough we move on in life without giving them a second thought. Is this how hard our hearts have become? The worst thing that can ever happen to a human being is for him to lose his sense of feeling, to lose his emotion. To become cold. The greatest blessing for a human being is to hold onto the softness of his heart, to cry and to feel. We are a society in a world where becoming cold is the norm. How ironic that the ones who can help us keep this softness we so desperately need are the Syrian children whose bodies were carried by the waves of the sea until they appeared lifeless on Turkish shores, or the Iraqi fathers who watched their wives and daughters get raped in front of them, or the young Albinos who are literally hunted for the way they look. When you think of the oppressed of this world and truly try to relate to them, to associate yourself with them, your heart will soften through their hardships. These afflictions could easily have been yours, and one day they very well may be.

I do not write these words to depress you, and I understand that the sadness may cause some people distress and that is why they ignore it, but when you direct this sadness to the heavens it allows you to grow into a glorious human being. The circumstances of the world must not destroy us, but must push us to become better people inside and out.

We must live the history of our Islamic figures as if they were alive today. So many times the Quranic stories are just that to us, stories. No, make it real, as real as these words you are reading right now. Imagine being a follower of Moses (a) in the extremely oppressive circumstances under Pharoah, and the desperation he must have felt. Imagine how alone lady Mary (a) was in her mission to deliver a saviour to the people. Imagine the plight of the Prophet Muhammad (S) in exile for three years attempting to lead his hungry, exhausted followers and keep them together, only to lose his beloved wife Khadija (a) and uncle Abu Talib in the space of a week. Who could he turn to? With his broken but soft heart, he turns to Allah (swt), and carries on through his love for his people.

Why are we so in love with Imam Ali (a)? Because he felt society’s pain, and his ‘I’ had become ‘we‘. His personality attracted all others. He was not an individual separated from others. He was a limb or organ of a whole body. He himself said that a pain in one part of society, as in a body, made itself felt in the other parts, one of which was himself. One of the Imam’s governers once attended a feast, which prompted the Imam to send him a letter of protest. The Imam’s problem with this feast wasn’t about there being any forbidden acts involved, ie drinking or gambling, but because one of his governors attended a feast where no poor people were able to attend.  He says, “I never believed a governor and representative of mine would attend such a party of the nobility.” He then describes his own life and says that he felt other people’s pain more than his own and their pain prevented him from feeling his own. He was not unaware of the destiny of others. The men and women of God throughout history always felt the difficulties of their people, and they would turn to their Lord. The same Lord who is watching and hearing us right now. This is all one epic story that we are all a part of, under one Lord. The Lord of Moses (a), Mary (a), Muhammad (P), and Ali (a). Like them, soften your hearts and turn to Him to complain of this lower world, and ask for His help and guidance.

Look at the words of the dua after the Isha prayers, in realising our weakness: ‘Lord, I wander in different lands searching for my sustenance, and I am so confused. I do not know if it lies in the plains or the mountains, on the ground or in the air, on land or in the seas. I have full knowledge that You know all of these.’

Or in the dua after asr prayers:

‘Lord, I seek your protection from a self that is never satisfied. From a heart that is not humbled. From knowledge that is of no avail. From a prayer that is not accepted. From a supplication that is unanswered. Lord, I ask you for ease after difficulty, relief after misfortune, and comfort after hardship.’

How will saying these words feel when you say them through the oppressed voices throughout history? Imagine saying these words through the tongue of the drowning mother, or even the tongue of our beloved Prophet (S) under all his hardships. Your entire perspective of self will change, and like Imam Ali (as), you will no longer believe in ‘I’, but you will become a ‘we’.

…and to Aylan Kurdi, the young Kurdish -Syrian child in the photograph: You were not welcomed in any of the lands of this world, so you were invited by the Beloved into the Heavens.