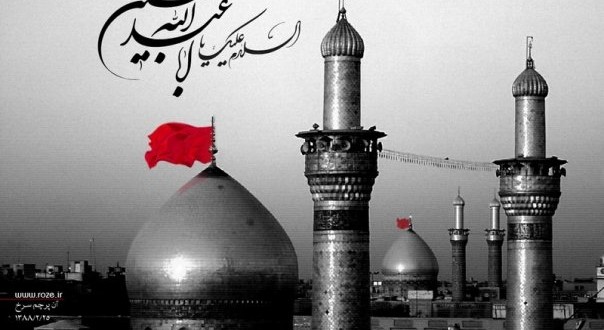 Come join the caravan of ‘Abes!

Come join the CARAVAN OF ‘ABES!!!

A remarkable and devout companion of Husain ibn Ali

He was not a rich man who owned land or property

Abes was a brave warrior and sincere worshipper who represented good

A man who was able to recognize truth from falsehood

He didn’t need a sword or spear to fight

Like a raging lion chanting “I have become insane by the love of Husain!”

Swearing by the most High and declaring: “By Allah I will accept your call and I will fight your enemies and raise my sword in your defense. I desire nothing from that except the pleasure of Allah.”

Come join this Caravan of Abes which has only one destination

Martyrdom in defense of the great Leader of the Muslim nation

Each and everyone is welcome to join this ship of salvation

There is no logic to the adoration which summarizes your position

A love that dominates your existence and represents your vision

Come join this Caravan of Truth and set yourself free

But first beware of one thing and listen to me

They will call you insane just like they did to Ibn Shakeri!

They will laugh and crack at you in every situation!

They will ridicule your actions and question your intention!

They will complain about you and shake your reputation!

But tell them for every Da’esh there is surely another one like Abes!

As a member of this blessed Caravan,

You must not falter and your feet must stand

On the Sirat Al Mustaqeem for that is your only plan

Follow what your mind says even if they call you Majnoon

After all, they accused Abes of the same claim!

That he became insane by the love of Husain!

How ridiculous is that argument and silly complaint!

To dedicate one’s life for such love even if it is brings torture and pain!

Surely he who mocks the devotee of Imam Husain is really without a brain!

Hence join this blessed Caravan of Truth and don’t abstain!

From accepting this invitation NOW and calling out LABAYKA YA HUSAIN!