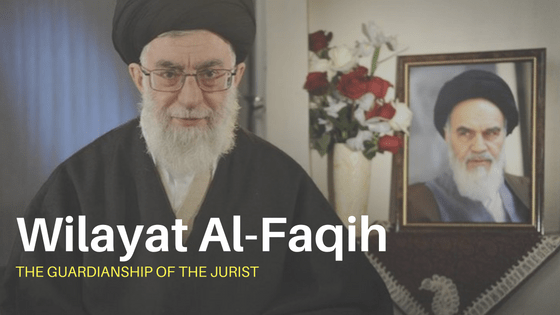 Is it a necessity to establish a government during the occultation of Imam Zaman (aj)?

* More than a thousand years have passed since the minor occultation until now. It is possible that the reappearance of the Imam (ajf), because of divine wisdom, might be postponed for another thousand years. Does this mean that the divine laws should not be implemented during this time? Should people do whatever they desire during this time? Should there be anarchy? Did the Prophet of Islam (s) go through the difficulties and hardships of explaining, propagating, and implementing these rulings so that they are implemented just for the 23 years of his own life? Has Allah (swt) limited the implementation of these rulings to a period of two hundred years just to leave everything after the minor occultation?

* Anarchy is not an answer. Reason also tells us that the establishment of a government is necessary so one can resist if he is faced by any assault. If defenseless Muslims are attacked they can be defended.  To prevent the transgression of people in relation to one another it is necessary to have legislative, judicial, and executive branches. This is because these affairs will not come about by themselves; there must be a government in place for them to take shape.

Where in the religion do you find the Wilayat that you speak about? Can you bring Quranic evidence that proves The Guardianship of the Jurist (Wilayat al-Faqih)?

Imam Sadiq (a) used evidence from the Quran to prove the authority (wilayah) of the scholars;
A narration from the Imam, which is considered trustworthy by most commentaries of the Quran, says:

Ibn Amr Zubayr asked: “What proof exists that the only conditions for leadership and guardianship are what you have mentioned?” Imam Sadiq (a) answered: “Because of the saying of Allah (s.w.t) about the people who, with the permission of Allah, establish a government and those who have been made the people of governance:

We sent down the Torah containing guidance and light. The prophets, who had submitted, judged by it for the Jews, and so did the rabbis and the scribes, as they were charged to preserve the Book of Allah and were witnesses to it. So do not fear the people, but fear Me, and do not sell My signs for a paltry gain. Those who do not judge by what Allah has sent down—it is they who are the faithless. (Maa’ida:44)

The second groups of leaders mentioned in this verse, meaning the rabbis, are separate from the Prophets. They are those who train people with their own knowledge. The third group, the scribes of law, is the scholars. They are different than the rabbis.

Is it correct to state that Wilayat al-Faqih is an invention of Imam Khomeini and had not been discussed before?

Are there any examples of scholars supporting the governance of the jurist (Wilayat al-Faqih)?

Shaykh Tusi mentioned in his books, especially Nihayah, that the jurist has rights over the most important pillars of the society; meaning he the right to issue verdicts, to call to war, to judge, and to implement religious punishment. He also considered it permissible for them to receive the power of guardianship from oppressive rulers.

He said: “It is impermissible to issue verdicts or establish religious punishments and judgments amongst people who are in dispute unless one is permitted to do so by a true sultan.[3] Such a task during times when they (the infallible imams) are not able to do so will definitely be handed over to the Shia jurisprudents.”[4]

“Ta`abudi rulings are rulings in which their implementation is desired. They are laws which Allah ordained. If they are not implemented they become nullified. Therefore, an official must take responsibility of implementing these laws.

“But, everyone is not suitable for implementing the laws. The only person who has the right to hold this position are the Infallible Imams (a), and in their absence or due inability, a Shia who was ordained by the Infallible Imam. This Shia is one who has the seven conditions of knowledge, intelligence, ijtihÁd, firmness, education, extensive patience, insight, and the possibility to rise for laws and justice.” [5]

“The acceptable tradition of `Umar bin Hanzalah, and other traditions in this regard, indicate the universality of the guardianship (Wilayat) of the jurists. This guardianship is not limited to judgment or establishing divine punishments.”[6]

He also wrote in the section of Zakat: “Zakat during the occultation is paid to the jurist (faqih) because he is the representative of the Imam (a). He is responsible for everything that the Imam was responsible for.”[7]

“From the religious standpoint, judgment and guardianship is the duty of one who has the suitability of issuing verdicts about the particulars of religious laws for specific people. Their rulings are either to establish a right or to give the right to a person who is deprived of it. The start of this guardianship coincides with leadership in religious and worldly affairs.”[8]

“When the religious leader is present one must obtain permission from him because he has guardianship over all religious posts.” [9]

“Shia Imamiyah jurists and scholars are in agreement that a just Shia jurist who has the conditions of issuing verdicts; a jurist who is labeled a mujtahid in religious law is the representative of the Imams of Guidance (a) in the occultation regarding everything that can be represented.[10] Likewise, through the arguments mentioned in the commentary to Sharaya`, a jurist is the representative of the Imam (a); is ordained by him. He has been given guardianship over all others by the Imam.” [11]

“The issuing of a verdict has been delegated to the jurists through the traditions of `Umar bin Hanzalah and Abi Khadijah. They have been ordained to be the leaders. This is similar to the establishment of divine punishments which have also been handed over to them.”[12]

“The representation of the ruler can be ascertained from the Imam (a) in addition to a consensus amongst the scholars and necessity. The argument supporting representation would be a consensus and traditions similar to the acceptable tradition of `Umar bin Hanzalah. Therefore, whatever was permissible for the Imam; whatever he was responsible for, is also permissible for the ruler.”[13]

“A jurist is the representative of the Muslims; is their guardian. He has guardianship over that which is in the benefit of the society.”[14]

“The jurist has guardianship over all that which the Prophet (Ò) and the Imams (a), who were the rulers and protectors of Islam, had, except what can be proven otherwise.”[15]

“It is self evident that when the Prophet (Ò) says that an individual will be his inheritor, is like him, holds a similar station to him, is his caliph, is his trust, will be the leader of mankind ordained by him, will be mankind’s reference in all affairs, will be the implementer for mankind, and will legislate laws it is understood that this person holds the same station that the Prophet (Ò) held regarding the ummah. Every layman and scholar would accept this. Why would this not be the case? The amount of traditions about the infallible saints (a) which indicate their guardianship and establish for them all of the powers that the Prophet (Ò) held are not less than the descriptions of the jurists during the occultation. In order to further elucidate this, take the following example. Imagine that there is a leader of a certain area. He decides to travel, but before doing so mentions the virtues of a specific person and then states that this individual is my caliph, holds my station, is my trust, is put in a position of leadership by me, is the reference point in all affairs, and is the implementer of all affairs. Would there be any doubt that this person’s successor would have the same authority in the affairs of that area that the sultan did, except in matters which were exempted?”[16]

“The general position of jurists is established in all affairs. The same authority that the Imams (a) had is also established for the jurists. The Imam’s (a) statement: “For verily I have ordained you a leader,” indicates that the jurist is the guardian (wali) in judgment and other affairs, such as guardianship (Wilayat). The same indication is derived from the words of Imam Zaman (a), who states: “Refer to the transmitters of our traditions for current events. They are our arguments against you and we are Allah’s arguments against them.” This means that a jurist has the same authority over mankind as the Imam did, unless something is proven to be an exemption.”[17]

“There are no differences of opinions that the leader during the occultation of the Imam (a) is the jurist who obtains all of the conditions necessary for issuing verdicts.”[18]

“It is clear from the tradition that the ruling of a jurist is authoritative upon them in all religious aspects and in all of its particulars. The reason being is that the first meaning that comes to mind from the term ÎÁkim in the accepted tradition narrated by `Umar bin ÍanÛalah is absolute authority. That means that when the Imam (a) said: ‘Verily, I am ordaining a ruler over you,’[19] it is as if the ruler of a nation is saying: ‘I am making so and so a ruler over you.’ It is understood from this that the ruler of the nation is giving that person authority over all general and particular issues which have anything to do with government.”[20]

“In all (it is understood through the intellect and revealed sources) that a just jurist is ordained by the Purified Imams (a) regarding important general affairs which mankind normally faces. The method that we used to clarify the issue cannot be criticized and does not need the accepted tradition of `Umar bin Hanzalah as an argument. At most, the accepted tradition is supporting evidence of this issue.”[21]

Then, Ayatollah Burujardi expresses his belief by stating: “The Infallible Imams (a) knew that the majority of Shia in their lifetime and all of the Shia during their occultation will not be able to contact them. Therefore, is it possible for them to prohibit the Shia from referring to rebels and oppressive judges without specifying who should be referred to? I am certain that the companions of the Imams (a) asked about who the reference for the Shia in these issues should be. I am also certain that the Imams (a) provided them with answers specifying people for the Shia. When it is not possible to contact the Imam directly, one would refer to these people. All of these questions and answers have fallen out of the books of traditions, except the traditions narrated by `Umar bin Hanzalah and Abi Khadijah. Therefore, the term Hakim in the tradition: ‘Verily, I have ordained a ruler over you’ is in regard to all social issues; all issues which are not personal. The Legislator is not satisfied with laziness in this matter, even during the occultation when one is unable to reach the Imam. These issues are not limited to judgment either, although the duty of a judge is normally congruent with the matters that the society faces.”[22]

[1] A just sultan in Shaykh Mufid’s terminology refers to an infallible imam.