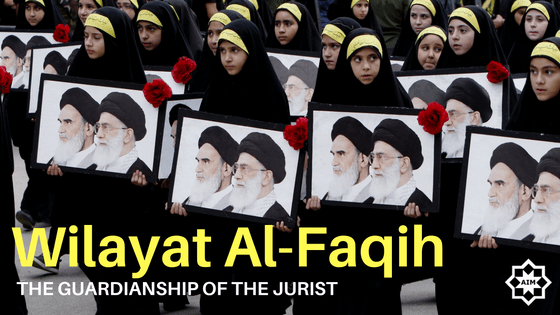 Why is a connection being made between the Wilayah of the infallibles and the Faqih when the Faqih is not infallible?

When it is said that the Wilayah that the Prophet (s) and the Imams (a) have is the same as the Wilayah that the Faqih has during the occultation, it does not mean that the jurist holds the same status as the Prophet or the Imams. This is not a discussion of status; rather it is a discussion of duty. In this discussion Wilayah holds the meaning of governance and management of a country and the implementation of religious law. This is a difficult and important responsibility, but it does not take a person outside of the normal level of respect and position; it does not take him beyond the status of normal human beings.

In other words, Wilayah, in this instance, means governance, implementation and management. This is different from the perception that many people have. It is not a distinction; rather it is a heavy responsibility. It is similar to the Imam delegating someone custody, governance or any other post.  In this discussion it is not logical to say that the jurist is different from the Prophet of Allah (s) and the Imam. For example, one of the affairs that a jurist who has Wilayah is in charge of is the implementation of punishments according to divine law. Is there a difference between the Prophet, Imams, or jurists in the implementation of these punishments? Does the jurist implement a lesser punishment because his status is less? The punishment of an adulterer is one hundred lashes whether the person implementing it is the Prophet of Allah, the Imam, or the jurist. Does the Wilayah in these affairs differ between the Prophet, Imam, and jurist?

After the Prophet (s), Imam Ali was made the authority over all the Muslims, even on the Imams which were to come after him. This means that the governing orders of Imam Ali (a) are binding and obligatory for all to follow. He has the authority to judge, guard over, and remove people from their posts. The same Wilayah that was for the Prophet of Allah (s) and the Imam regarding governance, implementation and management, is the same Wilayah that is for the Jurist. In this meaning there is no discussion of status or levels that in one case one can be higher and in another case can be lower.

What does the Wali al-Faqih having absolute authority mean? Does this mean he can do whatever is in his power?

Some think that the absolute authority of the jurist, which is one of the fundamental principles, means that the leadership is not bound and he can do anything his heart wishes. This is not the meaning of what complete authority is.

Apart from Imam Khumayni and some other contemporary scholars, is there anyone else who believed in absolute authority for the Wali al-Faqih, what are their opinions?

“Nobody can say that a jurist is only ordained to issue verdicts about acts of worship. This imagination is extremely weak. Rather, a jurist has been ordained by the Infallibles (a) to be their representative in implementing all of the affairs of the Muslims. Many arguments indicate this point.”[1]

“The term jurist used to denote guardianship is the person who has the necessary conditions of issuing verdicts. This person has been ordained by the Imam (a) regarding public interest. Those who state that it is incumbent upon the Infallible Imam to take over these responsibilities will consider it incumbent for the trustworthy jurist to take over them during the occultation.”[2]

“The obligation of jihad, bidding the right, forbidding the wrong, aiding in righteousness and piety, issuing verdicts, judging between the people upon foundations of truth, and establishing divine punishments and penalties are necessities of the religion. These religious issues are so important that Allah sent prophets to take charge of them. Prophet hood would have yielded no results if these matters are disregarded. Religion would be destroyed. Bravery would be destroyed. Misguidance would become rampant. Ignorance would spread. Cities would be destroyed and the religious would be killed…The jurists are responsible for all of these matters because of their truthful representation. The two Sheikhs, `Allamah, and some other scholars hold this opinion because the jurists have been granted permission to do so by the Imams (a).”[3]

“A just jurist has guardianship over two matters. First, the jurist has guardianship over all that which the Prophet (Ò) and the Imams (a), who were the rulers and protectors of Islam, had, except what can be proven otherwise through a consensus or specific argument. Second, the Wali al-Faqih is responsible for all matters which human life depends on; for all matters which necessitate a ruling, wisdom, or habit. The argument establishing the first case, after a consensus which many Shia scholars clearly stated (which they considered to be clear) is traditions which clearly indicate it. The argument supporting the second case, after a consensus, consists of two issues. First, the Compassionate and Wise Legislator is forced to ordain a Wali or ruler for social matters. Second, since the jurists are the best members of creation after the prophets; since they would implement these issues in a more virtuous and trustworthy manner they are more suitable to be given guardianship.”[4]

“The ruling of a jurist, who has all of the conditions, is authoritative in all of the particulars and subjects of religious laws. The reason being is that the term Hakim in the accepted tradition refers to all aspects of life; it is not limited to judgment. It is similar to a sultan appointing someone as a leader which would mean that he would have power over all large and small aspects of government. Therefore, the Imams (a) do not use the term hakam, which is exclusive to judgment, in the accepted tradition. Rather, he uses the term Hakim which indicates the universality of his authority when the direction of his speech was to state ‘verily I am ordaining a hakam over you.’ Therefore, it is clear that the jurist holding all conditions is a reference in all aspects of life which relate to the ummah.”[6]

“In short, after examining the four proofs (Quran, sunnah, consensus, and intellect) it is understood that the Infallible Imam (a) had absolute authority over the people. This level of guardianship has also been proven for the just jurist. The reason is because he is the representative of the Imam (a). He is the argument over the people just as the Imam (a) is the argument ordained by Allah. The Imam (a) ordered mankind to refer to the Wali al-Faqih, who meets all of the conditions, in new affairs. This is the strongest argument showing that the jurist is the absolute representative of the Imam (a) in all matters which social order is dependent upon and in all matters regarding the implementation of divine law. Searching and precisely examining the traditions of the Ahl al-Bayt (a) and the various sections of Islamic jurisprudence will show that a jurist who meets all of the conditions has guardianship in everything that the Imam (a) had guardianship in, except that which is exempted with a proof; except that which is special to the Imam (a).”[7]

“I believe that a mujtahid who meets all of the conditions is the representative of the Imam (a) during the occultation. He is the absolute leader. He has the same amount of power as the Imam did (a) regarding judging between people. A tradition from Imam Sadiq (a) states that one who does not accept his ruling has not accepted the ruling of the Imam. This means that, in reality, he has not accepted the ruling of Allah. The mujtahid who meets all of the conditions is not only a reference point in issuing verdicts; rather his guardianship is general…It is not permissible to implement divine punishments without his order. Intervening in the Imam’s (a) property is also one of the exclusive duties of the jurist who meets all of the conditions. This position is general which was given to him by the Imam.”[9]

“The limitations of the power of a jurist are general. The general statements provided in the arguments, such as ‘The scholars are the inheritors of the prophets and the caliphs of the messengers,’ indicate this, except when something is proven to be exclusive for the Imams (a). The political and social powers of the Wali al-Faqih, who meets all of the conditions, are the same as that of the Imams (a), except in cases which are proven otherwise.”[11]

“One of the issues that have been ordained in Islam is government. There is a consensus amongst Islamic scholars about this issue; rather, it is one of the necessities of religion. The ruler has specific duties, such as implementing divine punishments, protecting the government, establishing justice, providing the rights to the rightful, etc. These issues and others are established for them in the nation which they rule over. These are duties of the Muslim leader whose position stemming from the Islamic sultan is accepted by both sects (Sunni and Shia).”[12]

Would a leadership council be a better form of governance?

The most fundamental problem of this viewpoint is that it has no Islamic backing. Ayatollah Amini said about this: “Consultative leadership has had no Islamic legitimacy. I was in the meetings set to determine the requirements of the religious authority. Imam Khomeini was present. After these discussions I requested to grant the commission the permission to remove consultative leadership from the possibilities because it does not have Islamic legality.”

Also, Ayatollah Subhani said: “The Islamic authority and ruler in every time has always been one person. When the Imam of our time re-appears he will also negate the authority of the jurists. At the time of Imam Ali (a), Imam Hasan (a) and Imam Hussain (a) did not hold authority over the people. Imam Hussain (a) told Qais ibn Sa’d, when he was pledging allegiance to Imam Hassan (a): “O Qais! He (meaning Imam Hasan) is my leader.”

Consultative leadership does not have any precedent in Islamic doctrine. In the Sunni sect there has only been one instance where a council has occurred. The only duty of this council was to select a caliph; not to manage or regulate. Shia Jurists were silent about consultative leadership. It was only after the establishment of the Islamic Republic of Iran that this subject was raised.

The Wali al-Faqih uses the advice of other jurists and specialists; however this does not mean that there is collective management – which is that which consultative leadership dictates.