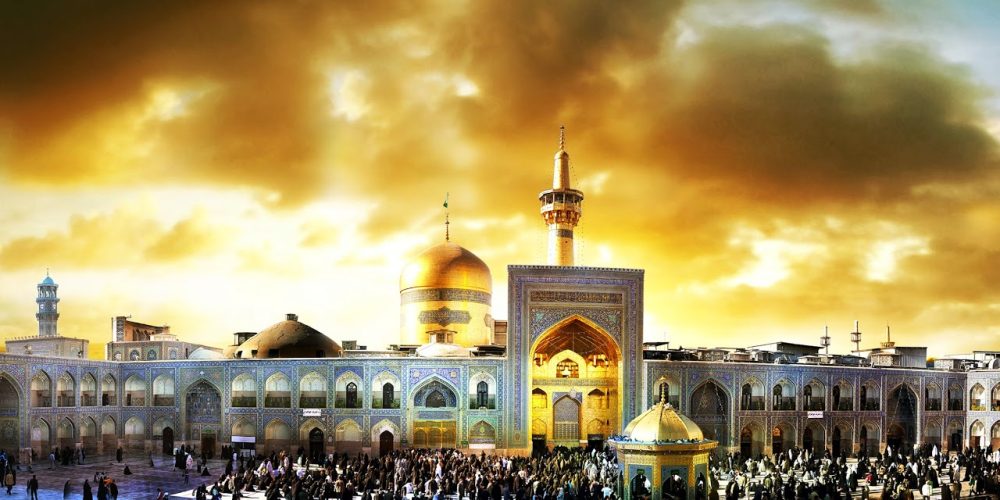 The Conduct of Imam Al-Redha (as)

Usually, the poor who cannot afford to enjoy the pleasures of life are held in contempt or just tolerated by the society. But those who assume a hermits’ simple austerity in spite of wealth and power are the real saints.

The Ahlul Bayt of the Prophet adopted a peculiar policy. Those whose means were limited dressed nicely because otherwise their adversaries would taunt them as destitutes which would injure the dignity of their piety.

But blessed were those who by chance became wealthy, and who assumed simplicity and austerity so their simple life became a source of consolation for the poor and a model for the rich. This can be illustrated from the life of Imam ‘Ali (as) . For nearly five years he ruled the Muslim world as caliph. He ate and dressed himself as a hermit would.

Imam ‘Ali al- Ridha’ (as) too, led a simple life, though he was the heir- apparent of the vast Arab Empire compared to which the Roman Empire or the Persian territories would certainly not be a match. A vast chain of countries whose caliph’s upon watching a passing cloud, would arrogantly assert: “Go and pour your waters anywhere you please; the revenues of that land shall ultimately be brought to us”.

The appointment of Imam ‘Ali al -Ridha’ (as) as heir apparent demonstrated to the world how the saints fare when the treasures of the world are put at their feet. He felt he was morally bound to abandon riches and pomp. History repeated itself, and the austerity of Imam ‘Ali ibn Abi Talib (as) once more was shown in the calm and content personality of Imam ‘Ali Al-Ridha’ (as).

He did not like to decorate his house with expensive carpets, instead he covered its floor with rough mats during the winter and grass mats during the summer. When food was served, he would call all his servants, including the gatekeeper to sit and eat with him.

Majlisi in Biharul Anwar V 49 Page 101, writes that our 8th Imam insisted on eating his meals only after the entire members of his family, young and old, servants and grooms were present. One day someone who was fonder of royal formalities than the fraternity of the Ahlul Bayt, suggested that it would be better to make separate eating arrangements for the servants, The Imam replied, “All are created by God, Adam is their father and Eve is their mother. Everyone will be dealt with by God according to his deeds. Why should there be any discrimination in this world.”

Imam ‘Ali Al-Ridha’’s (as) life contains countless anecdotes of this sort. Once a man said to him, “By God, there is none who is superior to you in the nobleness of your ancestry.” The Imam said to him, “My ancestors are honored merely for their Godliness, piety and worship.” Another man once declared,” By God, you are the best in the world.”

The Imam checked him by saying: “Don’t you declare an oath. Any man who is more pious than me can be better than me.” Imam several times declared the Hadith of the Prophet that a black negro slave can be better than a person from my own family if his deeds are better.