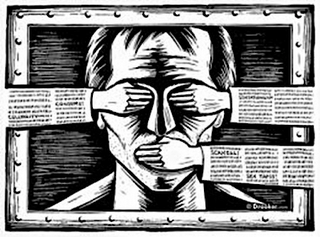 I experienced a blast from the past over the weekend when a guy I went to Sunday school with appeared as an Islam expert on a CNN newscast about the film maligning Prophet Muhammad (S).

With so many people–from government officials to academicians to local imams–championing America’s freedom of speech in defense of the movie, I was testing the prevalence of this First Amendment right by studying one popular media outlet’s television coverage of recent protests at U.S. embassies across the Muslim world.

I watched 73 minutes and 45 seconds of broadcasts, the first 20 video clips that came up on CNN’s website when “muslim” and “film” and “protest” were entered into its search engine.

My premise: Muslim indignance with U.S. foreign policy in their lands (wars, drone attacks, propping up of dictators) has contributed to the show of rage at some U.S. consulates.

My question: Will this view popular among Muslims and others be given freedom of expression in mainstream news analysis?

My answer: Absolutely not.

In the clips I studied, CNN interviewed seven outside analysts, five of whom belong to the Muslim faith. Segments included “Why the Film Upset So Many Muslims,” “The Reasoning Over the Islam Protests,” and “Free Speech Is a Human Right.”

While offering a variety of possible reasons (from thin-skinness to unemployment to the overpopulation of young men) for the violent eruptions at some protests, none of the experts suggested U.S. foreign policy had anything to do with the anger, often demonstrated by burning American flags and scaling U.S. embassy walls.

In fact, it was quite the opposite.

“A majority of Arabs and Muslims in the world are grateful to Americans,” said one Muslim talking head.

This has “nothing to do with imperialism or Israel,” said another.

“What happened to debate? What happened to the exchange of ideas?” asked Imam Muhammad Asi of the Islamic Center in Washington on Friday. (Click here to read a summary of Asi’s sermon.) “There is no freedom of speech.”

Indeed, an open, honest and enlightening discussion about American foreign policy is absent in today’s mainstream media, keeping the masses ignorant about international politics. Muslim media experts (who, ironically, tout America’s freedom of speech every chance they get) know this and add to the disinformation by only toeing the official line in order to get invited back.

To truly understand the concept of free expression these pundits need to learn from Zainab, daughter of Fatima (one of the four perfect women of all times), who never shied away from opportunities to speak the truth and stand up for justice, even when face-to-face with a brutal dictator who butchered her family and now held her in handcuffs.

After listening to Yazid recite blasphemous verses of poetry in his court, Zainab rose to challenge him.

“O Yazid! Do you think that we have become humble and despicable owing to the martyrdom of our people and our own captivity? Do you think that God has taken away His blessings from us? You have become boastful because you have seen that the matters have taken a turn in your favor. You have, however, forgotten what God says:

“They should not think–they who are bent on denying God’s power–that Our giving them rein is good for them. We give them rein only to let them grow in sinfulness; and shameful suffering awaits them.” (3: 178)

Too bad we were never taught about Zainab in Sunday school.

In 1882, when the British occupied Egypt, they began to push Muslim scholarship into new …