Did the wives of the Prophet poison him as narrated by al-Ayyashi? 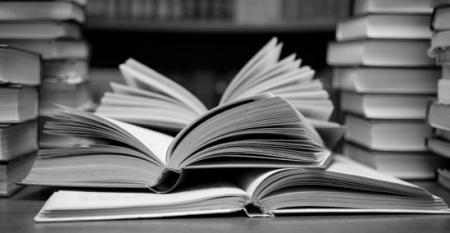 This is a follow up question from the original question posted here: Was the Holy Prophet poisoned and martyred or did he die a natural death? – Please read that post first before reading this.

Did the two wives of the Holy Prophet (pbuh) poison him as narrated by al-Ayyashi?
Al-Ayyashi reported in his Tafsir (Volume 1, Page 200, Hadith 152), from Abdul Samad ibn Bashir, from Abi Abdillah (as) who said:

“Do you know whether the Prophet (pbuh) died (a natural death) or was murdered? Indeed Allah (swt) says (in the Holy Quran 3:144 “If he (the Prophet) dies or is killed, will you then turn back on your heels (as disbelievers)?”), he was poisoned before death, they both fed it (the poison) to him before death.”

Is this hadith authentic and how can we reconcile the original notion that the Prophet died a natural death?
——————————

Firstly, please refer to my original answer where I already dealt with this issue.
However, let us directly address this hadith. The only book that narrated the two wives of the Prophet (P) have poisoned him to death is ‘Tafsir al-Ayyashi ( vol 1: p.200), the rest have taken it from this source.
Although there are many good Ahadith in the book and it is regarded as one of the very useful ancient sources, however:
1. Mohammad Ibn Mas’oon al-Ayyashi was one of the eminent Shi’a scholars of the time of the Minor Occultation. He used to be a Sunni and then converted to Shi’a school. However, the late al-Najashi (the very famous expert in the science of al-Rejal, died in (450AH) whose opinion is usually well received) says in his book of Rejal about al-Ayyashi: “He was a reliable and an authentic person.. (yet) he used to narrate a lot from the weak people.”. Furthermore, the late Ayatullah Khoei says about him: “The Esnad of both Sh. Sadooq and Sh. Toosi to him is weak.”
2. We have no access to the original copy of the book. The version available to us today is compiled after the demise of al-Ayyashi by an anonymous person who says in the beginning of the book: “I could not find anyone in my area who has permission from the author (to narrate the book) or has heard it (i.e. the narrations of the book) from him. Therefore, I narrate its narration without any Esnad. However, if I later on find their Esnad I will mention them.” He has never mentioned the Esnad of any Hadith.
Therefore, firstly we are not sure if the book is really the compilation of the late al-Ayyashi himself, secondly all its narrations are Morsal (without any chain of transmitters) and as such we cannot base any belief on any of its narrations unless supported by other Islamically authenticated evidences. For example, the book has quoted many narrations confirming the distortion of the Holy Quran. Most of these narrations are narrated from Ahmad Ibn Muhammad al-Sayyari whom our experts in the science of al-Rejaal consider very weak and unreliable. (See: al-Khoei, 2:282) Would it be possible that such an important news is not narrated in any other book?!
In conclusion and further to the original points I made, it seems most likely that the Prophet (pbuh) died of natural causes and was not poisoned. And God knows best.
Answered by: Sheikh Mansour Leghaei
Source: Ask the Sheikh