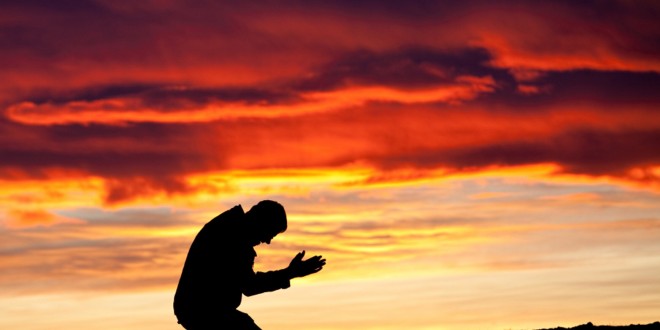 Difference between punishment in this life and the next

“If Allah were to take mankind to task for their wrongdoing, He would not leave a single living creature on the face of earth, but He reprieves them to an appointed time, and when their appointed time comes, they cannot put it off an hour nor can they advance it.” (Surah an-Nahl, 16:61)

“If Allah were to take mankind to task for what they earned, He would not leave a living creature on the face of the earth; but He reprieves them to an appointed time, and when their term comes, then surely (they will know that) Allah is ever aware of His slaves.” (Surah Fatir, 35:45)

In the last two verses the Qur’an says that if Allah wanted to take people to task during their lifetime, He would not leave a living creature and would destroy all people.

Now there is a difficulty about this Qur’anic concept. As we know, all people are never unjust. There may be Prophets, Imams and their executors living among them. Will this general destruction include the Prophets, the Imams and the righteous believers? This doubt has been so magnified that some people have produced these two verses as a proof of the invalidity of the idea of the infallibility of the Prophets and the Imams.

The fact is that these two verses neither speak of this worldly punishment nor that of the next world. They speak of the natural consequence of the unjust deeds of a nation. The natural consequences of its deeds do not remain confined to the wicked of society but encompasses all its members irrespective of their personalities and conduct.

When as a result of their misconduct Israelites were doomed to roaming about in the desert, this punishment did not remain confined to the wicked. It equally affected Prophet Musa, who was the most pure and active person of his time and who most courageously had faced the tyrant and his tyranny. Prophet Musa being a member of the community had to share the chastisement inflicted on the community as a whole for its wickedness. Consequently he also had to wander about in the desert for 40 years along with other Israelites.

Where as a result of their deviation from the right path the Muslims were afflicted with a calamity and Yazid ibn Mu’awiyah was imposed on them to ride roughshod over their lives, property, honor and creed, it were not the wrongdoers among the Muslims society alone who suffered. Even the infallible Imam Hussein, the grandson of the Holy Prophet, who was the most virtuous and the most righteous person on the face of the earth, was killed along with his companions and the members of his family. All this was in consonance with the logic of the norms of history. When a punishment in this world comes to a society in accordance with the norms of history, it does not remain confined to the unjust of that society. That is why the Qur’an says: Guard yourselves against a chastisement which cannot fall exclusively on those of you who are wrongdoers, and know that Allah is severe in punishment. (Surah al-Anfal, 8:25). At the same time the Qur’an says in another place: No burdened soul can bear another’s burden. (Surah Fatir, 35:18)

Yes, in the next world only the culprits will be punished. But this worldly punishment is more extensive and affects the culprit and the innocent alike. Hence the two previous verses have nothing to do with the punishment that will be awarded on the Day of Judgment. They speak only of the norms of history and what a nation can achieve through its efforts.

Another example: They indeed wish to scare you from the land so that they may drive you out from there. In that case they will not be able to stay there for long. Same has been our method in the case of Our Messengers whom We sent before you, and you will not find Our method to be changing. (Surah Bani Isra’il, 17:76)

This verse also lays stress on the norms of history. It says: You will not find Our method (Our law) to be changing. In other words, Allah assures that the way He treated the former Prophets is still valid because His law never changes.

Allah says that the people of Mecca now want to harass the Prophet in order to drive him out from there, for they have failed to eliminate him, to silence his voice and to crush his mission. Now the only option left to them is to drive the Prophet out of their city. This is one of the norms of history which we propose to explain.

According to this norm the people of Mecca could not stay there for long when after the failure of all their efforts to resist the Holy Prophet they had become so desperate as to drive him out of this city. This did not mean that any chastisement was to befall them soon. Hence it cannot be said that no chastisement befell the people of Mecca while they successfully harassed the Holy Prophet and forced him to emigrate to Medina. What the verse means is that they will not for long continue to be a fighting force, for because of their behavior they will soon lose their position and will cease to be a force to be reckoned with. The Prophet who has baffled their designs so far, in future also will succeed in practically overawing them and breaking their resistance. And so it was. After the Holy Prophet left Mecca, they could not withstand for long. Their resistance was broken. Mecca fell and became a Muslim State. A few years later it became the second center of Islam.

Thus the above quoted verse first speaks of a norm of history and then emphatically declares: You will never find our method to be changing. The following verses are other examples:

There have been many examples before you. So travel across the land and see what has been the fate of the rejecters. (Surah Ale Imran, 3:137)

This verse lays stress on the norms of history and urges people to follow the truth and look into historical events to learn a lesson from them and find out the trends of history.

Messengers indeed have been denied before you, but they were patient under the denial and prosecution till Our help reached them. There is none to alter the words of Allah (the conditions of His promises). Already there have reached you some reports about the Messengers. (Surah al-An’am, 6:34)

This verse encouraging the Holy Prophet, tells him of what the past people experienced, and explains that in this respect there exists a law and a norm which is equally valid in his case as it has been in the case of the former Prophets. In accordance with this law which has already proved correct in the case of the former Prophets, he will soon receive divine help and will gain victory provided he fulfils all the pre-requisite conditions. These conditions are patience, perseverance …etc. Success can be achieved only through these traits. That is why the Qur’an says: They were patient under the denial and the persecution till Our help reached them. There is none to alter the words of Allah – the conditions of His promises. (Surah al-An’am, 6:34)

According to this verse the words of Allah cannot be altered. In other words the pre-requisite conditions and the circumstances on the materialization of which the fulfillment of His promises depends, cannot change over history. Here `word’ signifies the relation between success and the fulfilment of its conditions and other circumstance, as explained in different verses dispersed in the Qur’an. Only a hint has been made here. This relation is a norm of history.