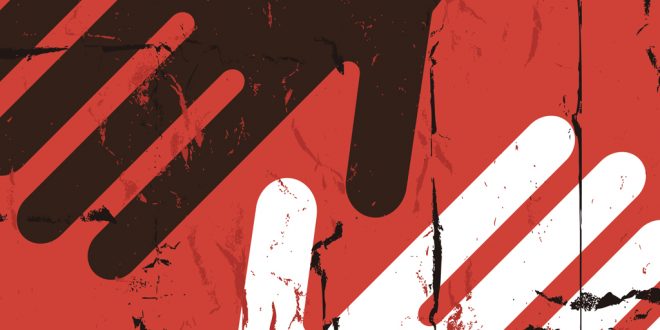 A short article that discusses the types of prejudice (asabiyyah), the evil effects of sinful prejudice, and ways to cure it.

O people! We have created you male and female, and have made you nations and tribes that ye may know one another. The noblest of you in the sight of Allah is the best in conduct…(Qur’an, 49:13)

Imam Ja’far al‑Sadiq (a) reported from the Prophet (s) who said: “Whoso­ever possesses in his heart ‘asabiyyah (prejudice in any of its forms such as tribalism, racism, nationalism) even to the extent of a mustard seed, God will raise him on the Day of Resurrection with the (pagan) Bedouins of the Jahiliyyah (the pre‑Islamic era).” [Al‑Kulayni, al‑Kafi, vol. 2, bab al ‘asabiyah, p. 308, hadith # 3]

`Asabiyyah is an inner psychic trait that is manifested in patronizing or defending one’s kindred or those with whom one has some kind of affinity or relation, whether it be creed and religious ideology, soil or home, language or colour. This affinity may also be due to similarity of profession or the relationship of teacher and pupil, or something else. It is a moral vice that appears to take the form of defense of truth or religion, but in reality it is aimed at extending one’s own influence or that of one’s co‑religionist(s), relative(s), friend(s), or member(s) of group.

What is and what is not ‘Asabiyyah

• Imam ‘Ali bin al-Husayn (a) was asked about ‘asabiyyah. He (a) replied: “‘Asabiyyah that makes a person sinful is that he takes the worst actions of his nation (or tribe) to be better than the best actions of his opponent tribe. It is not ‘asabiyyah to love one’s nation. However, if one helps his nation in committing oppression than it is ‘asabiyyah.” [Al‑Kulayni, al‑Kafi, vol. 2, bab al ‘asabiyyah, p. 308, hadith # 7]

The Evils of `Asabiyyah

If one’s heart is covered with the dust of self‑love and the love of the kindred and improper and blind `asabiyyah, the light of faith will not shine in it.

• It is reported from al-Imam al‑Sadiq (a) that the Prophet (s) said: “The one who exerts `asabiyyah or the one on whose behalf it is exerted, the tie of faith is taken off his neck.” [Al‑Kulayni, al‑Kafi, vol. 2, bab al ‘asabiyyah, p. 308, hadith # 2]. That is, such a person is deprived of faith and abandoned from the fold of faithful in the eyes of God. As to the person in whose interest `asabiyyah is exerted, he is also included in the hadith due to his compliance to the behaviour of the one exerting `asabiyyah on his behalf and hence made to share his lot jointly.

‘Asabiyyah against a nation or group may lead one to commit several moral vices such as backbiting, slandering, and heinous crimes such oppression, murder, massacres, and the like.

`Asabiyyah of the Intellectuals

• It is worse and more offensive than other types of `asabiyyah as a scholar and an intellectual ought to be an instructor of mankind. In addition, scholarship and imparting knowledge is a branch of the tree of prophethood and wilayah itself. Surely, the corruption of a scholar can lead to the corruption of a nation.

• This type of ‘asabiyyah manifests itself as stubbornness in intellectual matters and the habit of supporting the statements and ideas of one’s own or that of one’s teacher or spiritual master without it being for the sake of defending truth and refuting falsehood.

• The person who poses him­self as a guiding beacon of light and a source of enlightenment in the assembly of mankind should serve as a guide to the path of felicity, and as one who is charged with the duty of guiding men on the path of Hereafter. If, God forbid, he does not remain faithful to his words and his personality contradicts his outward appearance, he will be branded as an evil scholar, a man of knowledge devoid of good deeds and a hypocrite.

• Another hideous aspect of this vice in intellectuals is the atrocity done to knowledge itself; as this `asabiyyah on the part of intellec­tual amounts to the abuse of knowledge and disrespect for it.

• An ugly aspect of this vice is the wrong done to the other side. This is because the other side that participates in intellectual discourses also comprises of scholars. They too enjoy sanctity that is obligatory to observe and as it is to safeguard their honour. Insulting them will be synonymous to violating divine sancti­ties, which is a great sin. Sometimes, senseless `asabiyyahs makes one insult scholars.

• Yet another aspect of `asabiyyah relates to the person in whose favour `asabiyyah is exercised, who may be one’s instructor and tutor. He may be forced to disown his pupil, because all the great teachers of knowledge and ethics and saints‑karram Allah wujuhahum are naturally attracted towards truth and justice and are abhorrent to untruth and injustice.

• A believer has a heart that has been the mirror for the light of faith, he is the hostage of reality and Divine knowledge and he is the one who remains adhered to the religious precepts and confined to rational principles and laws. No force of customs, ways, or love and friendship or familiar things can cause him to quiver or deviate from the right path of supporting truth and justice.

• One can profess Islam and claim iman only when he is submissive and humble to truth. He thus deems his own aims and purposes, no matter however great they may be, as trivial and transito­ry, before the aims and orders of his Lord and Provider. He annihilates his own will in the Will of his real Lord. Such a person will be free from all traces of ignorant `asabiyyahs and his face will be turned towards reality. Thick and dark curtains of blind `asabiyyahs would not obstruct his vision. When called to deliver justice and utter the word of truth, he puts a firm foot on the head of all associa­tions and ties, sacrificing all ties of kinship and customary affinities at the altar of the aims and orders of his Lord.

The defense of truth and upholding justice, the efforts to disseminate and to posit something that is true, are either not `asabiyyah, or, if they are, represent a commendable kind of it. The criterion lies in the distinct aims and purposes, and the extent to which it involves selfish and diabolical ends or serves just and godly purposes.

Thus, when a man supports his kinsmen and friends, if he does so purely for the sake of upholding justice and defeating injustice, this kind of `asabiyyah is commendable and praiseworthy; because supporting justice and truth is among the most sublime of human qualities, being one of the attributes of the prophets (a) of God and His awliya’ (friends). One should support the party that is on the side of truth and justice, even though it may consist of one’s enemies. Such a person is a defender and lover of truth; he will be counted among the champions of human sublimity, a rightful citizen of the ideal human society, one whose presence exerts a reforming influence on the evil tendencies of society.

• Imam ‘Ali (a) said: “If it becomes unavoidable for you to be among those who practice ‘asabiyyah, then do ‘asabiyyah to uphold the truth and support of the oppressed.” [Al-Amidi, Ghurar ul-Hikam wa Durar ul-Kalim, hadith # 3738]

The Cure of ‘Asabiyyah

‘Asabiyyah is a dangerous condition for an individual and society. One must ponder seriously about its consequences in this world and hereafter. If you love or hate someone, or support or are against a group of individuals or a nation, think what has motivated you for it.

If it is other than promoting truth and justice or help of oppressed or preventing aggression and tyranny, than give up your support of the people you are associated with. It will be certainly difficult for you to take a bold step and give up love, friendship, and affinity of your relatives, friends and colleagues. Your decision to give up blind ‘asabiyyah will not only save you from the fire of hell, but also motivate others to do the same.