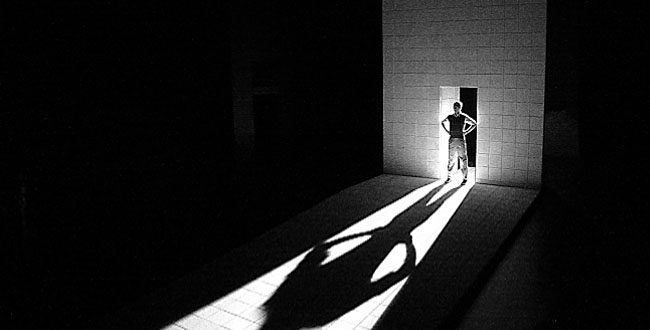 Say: Shall We inform you who will be the greatest losers in their deeds? Those whose efforts are wasted away in the life of the world, while they think that they are doing something good. (Qur’an, 18: 103-4)

Imam Musa al-Kazim (a) said: “There are several levels of ‘ujb. One of them is when one’s bad actions appear to him as good; he reckons them as good and loves himself, imagining that he is performing virtuous deeds. Another level of ‘ujb is represented by a person who believes that by having faith in God he has done God a favour; whereas (in reality) it is God Almighty who has conferred a favour on him (by endowing him with faith).[Al-Kulayni, al-Kafi, vol. 2, p. 313, hadith # 3]

What is and what is not ‘ujb

`Ujb is a feeling of exaggeration of one’s virtues and good deeds, their overestimation and satisfaction with them, accompanied with a sense of superiority on their account. A person with ‘ujb considers himself free from all shortcomings and faults. In contrast, a feeling of pleasure and delight on performing virtuous deeds accompanied with a sense of humility and modesty before God and gratitude for His favours is not ‘ujb, but is a praiseworthy trait.

Imam Ali (a) said: “The person who imagines himself to be great in the eyes of God is worthless.” [Al-Amidi, Ghurar ul-Hikam wa Durar ul-Kalim, hadith # 8609]

While describing the attributes of a wise person, the Prophet of Allah (s) said: “He takes the few good deeds of others as abundant in number and considers his numerous good deeds as few.” [Al-Noori, Mustadrak al-Wasail, vol.1, p. 132, hadith # 184]

Various Degrees and Types of ‘ujb

The first degree of ‘ujb is with regards to faith and belief in true doctrines. In it, a person believes to have conferred a favour on God by having faith in Him, or by performing the duties enjoined by Him and His Prophet (s), or by propagating His message, he has contributed to the splendour of His religion. In his heart he thinks in this manner although he would not reveal it openly.

The second degree of ‘ujb is in good traits and qualities, where the afflicted person considers himself to be a favourite of God, and includes himself among those who are nearest to Him. If he hears the names of His awliya, he imagines himself to be one of them, although, he overtly projects an image of humility. If any disaster befalls him, he thinks it is due to his closeness to God.

The third degree of ‘ujb is with regards to virtuous deeds. In this case, a person considers himself worthy of being rewarded by God in return for his good behaviour and deeds. He considers himself as a true believer and that it is obligatory on God to befriend him in this world and grant him higher stations in the Hereafter. But in his heart he questions the justness of His actions that causes the sincere and pious to suffer, and the apparent kindness He showers upon hypocrites in this world. He pretends to be happy and contended with His will and judgement outwardly but nurses in his heart a feeling of hatred against Him.

Another type of ‘ujb is when a person considers himself more superior and pious to others and regards himself as a better human being. He considers himself to be more perfect than others in the observance of wajibat (compulsory duties) and muharramat (prohibited things). He excludes every individual from Divine grace and mercy, and considers them a right belonging to himself or to some persons like him. He is sensitive to the errors of others, but overlooks his own faults. He thinks of others as imperfect and insignificant beings, views them disdainfully in his heart and treats them with contempt. Ultimately he arrives at a point when he denies whatever virtue he perceives in others.

Yet another type of ‘ujb relates to the vicious beliefs and evil deeds of faithless individuals, which makes them proud and think highly of themselves. They consider themselves to be men of liberal thinking and open minds, free from all fetters and bonds. They link the faith and belief in God with superstition; consider the belief in religious teachings as narrow­-mindedness, and good character and behaviour as a signs of weakness of personality. They look down upon the performance of good deeds and consider evil acts as accomplishments. These ignorant and negligent persons consider themselves to be learned and aware and do not listen to any admonition or advice, which often produces opposite effects of them. Individuals who posses this type of ‘ujb are the most wretched of human beings.

The Evil Consequences of ‘ujb

‘Ujb is a destructive and dangerous vice in itself that spoils the faith and deeds of the common and pious alike. According to the traditions reported from the Ahlul Bayt (a), ‘ujb is worse than sin, so much so that God makes a believer commit sin so that he may be saved from ‘ujb. In addition, `ujb is one of the greatest dangers to one’s spirit. After death and in the purgatory (barzakh), the possessor of this evil disease experiences a frightful loneliness.

‘Ujb leads to a number of major sins and evil traits. When its roots permeate a human heart, it leads the person to apostasy and shirk. In addition, a person afflicted with `ujb never cares to rectify himself. Rather, he considers himself as a pious and virtuous person. He belittles his sins and never thinks of purging himself from them, and ultimately leads himself to eternal damnation. The dark curtain of ‘ujb covers and corrupts his intellect, making him blind to his own shortcomings, and prevents him from achieving any kind of perfection.

A person with `ujb is inclined towards riya’ (showing off) and nifaq (hypocrisy). It also infects his behaviour with pride. Among other vices present in the person who is afflicted with ‘ujb is viewing others with contempt and belittling them. This gradually takes him away from the path of humanity and leads to the path of cruelty, heartlessness and destruction

• Imam Ali (a) said: “No loneliness can be compared in dreadfulness to the one that is the result of ‘ujb.” [Nahjul Balagha, saying # 113]

A person can detect `ujb in his personality by vigilance, being carefully critical of himself, and minutely analyzing his intentions and actions. He must sincerely implore God to bless him with the insight of his own faults and weaknesses. He should remember that when God befriends someone, He first blesses him with the awareness of his own shortcomings and mistakes.

Remember that life, power, knowledge, and other achievements are the shadows of God’s attributes. Every good deed, worship, talent, and opportunity is attained due to His blessings and grace. Without His permission, no creature can do a single good deed. Look at the good actions and worship you have done so far: Were they really sincere, without any error and only for the sake of God? Can you really claim that God should give you perfect reward for your good deeds? Or it is better that you understand that it was God’s help that you got the chance to do good and that He covered many of your faults and bad intentions, and that you hope He will include such actions in the category of noble deeds.

Realize that no creature on the surface of the earth can completely fulfil the demands of the worship and service of God. The prayers of Prophets and awliya bear testimony to the confessions of their failure in this regard. They were aware that even if they spent their whole lives, they would not be able to thank Him for His favours, let alone to pay the proper tribute due to His Essence and attributes. Thus one should always humbly admit his faults and ask forgiveness from God.

The vice of `ujb is the product of self‑love that makes a person overvalue his trivial deeds and underestimate the good deeds of others. Think about your own actions: How do you feel when God blesses you to perform a small good deed? Does it make you humble and grateful before God? How do you view similar good actions of others? Is it difficult for your heart to accept them as good deeds? And how do you feel when you commit a sin? Does it make you feel ashamed in front of God or do you take it lightly and find excuses for it? How do you see similar actions of others? Do you pray to God to forgive them? Do you help them to leave sinful behaviour or do you feel hatred towards them?

When you offer salat, ponder over the meanings of al-hamdulillah (all praise is for God) and try to teach your heart that all the capabilities and qualities you posses and all the good that you have done so far have no praise, and it is God who deserves the real praise for all your good actions and talent.