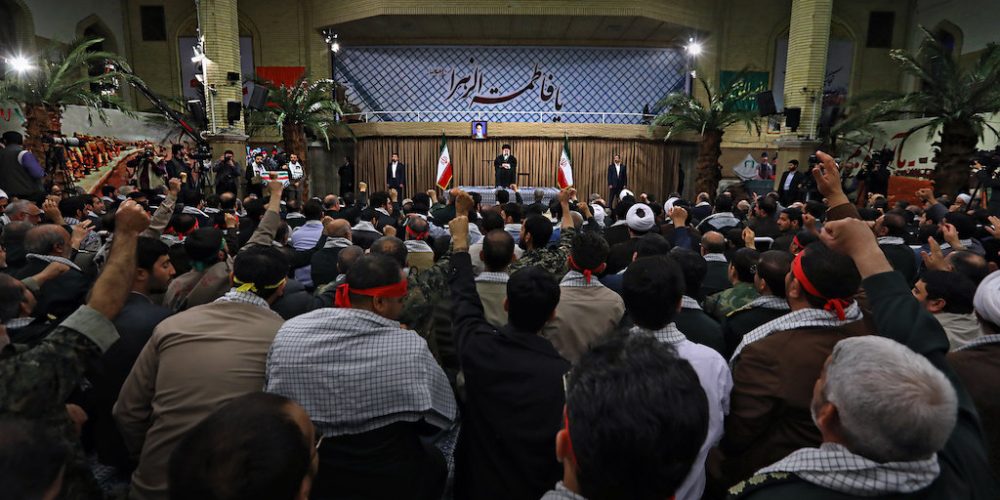 Your display of weakness will encourage the enemy to attack: Ayatollah Khamenei 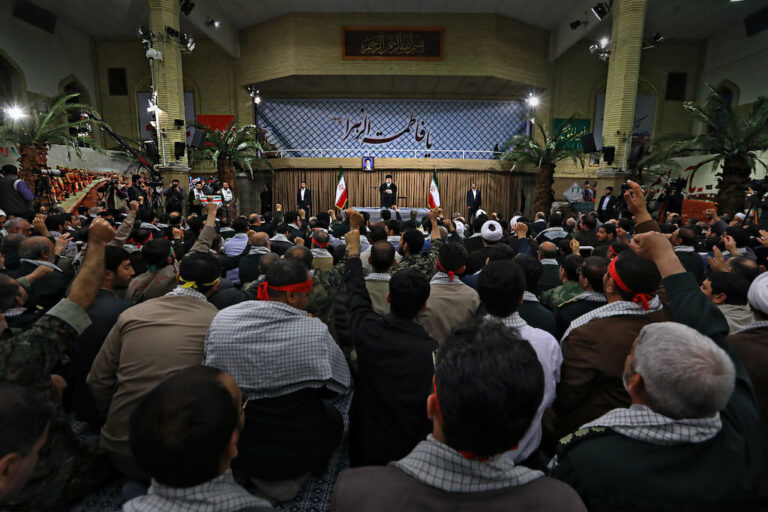 Your feeling of weakness will encourage the enemy to attack you. This is a general rule. If you want to prevent the enemy from attacking you, you should try not to show any weakness.

Officials, administrators, and ministrants of the Rahian-e-Nour [The Journey to the Light]—the pilgrimage to the former battlefields during Saddam’s imposed war on Iran–met with the Leader of the Islamic Revolution at the Hussayniyeh of Imam Khomeini this morning, March 6, 2017.

At this meeting Ayatollah Khamenei stressed, “The imposed war happened because the enemy sensed a weakness in us. Your display of weakness will encourage the enemy to attack you. This is a general rule. If you want to prevent the enemy from attacking you, you should try not to show any weakness. This does not mean that we should lie about our strength, but that we should openly display our strong points. We have many strong points. This is also true for economic and cultural realms. The mistake some of us made—regarding the major economic challenge the country is facing today—is that some people in the country displayed weakness; therefore, the enemy thought, ‘That’s it! This is where pressure can be imposed!’ And so they imposed economic pressure.”

The Leader of the Revolution tapped on the remarks made by a Western official, stating: “An official, from some Western country, was asked during an interview, ‘You are carrying out military maneuvers, and at the same time you are negotiating with Iran. Won’t Iranians be upset with your maneuvers?’ And he answers, shamelessly, that these things won’t have any impact on matters; the Iranians are in such need of these negotiations that these maneuvers won’t harm the negotiations.”

Ayatollah Khamenei stressed on the significance of the Sacred Defense dialogue for Iran. He asserted: “The days commemorating the Sacred Defense era, are indeed some divinely blessed days. These days should be kept alive. This [commemoration period] is a treasure. Those who think that the Sacred Defense era should not be spoken of, or that one should speak against it, are wrong. They are comparable to those who would set fire to invaluable and precious manuscripts of a nation, aiming to perish what has built the foundation for the history and the future of a nation.”

His Eminence spoke of those who weaken a nations’ willpower against foreign invasions, in the name of ‘peace’. To that he added: “Those who work against the Sacred Defense era mix two different issues. One is whether war is good or bad, per se? It is obvious that war is aggressive; it includes killing and getting killed, this is one issue. The other issue is, what would happen if a nation becomes subject to invasion, but fails to use its forces on the battlefield? They confuse these two, coming to a mistaken conclusion.”

Finally, the Leader of the Revolution said: “The holy defense era was a vital move, and a fresh breath for the nation. Had we not breathed through it, we would have died. This should be kept alive. Hence, the holy defense era and commemorating it are a national wealth. And if you want to use this wealth, you need to know the methods. I’d say Rahian-e-Nour is one method.”