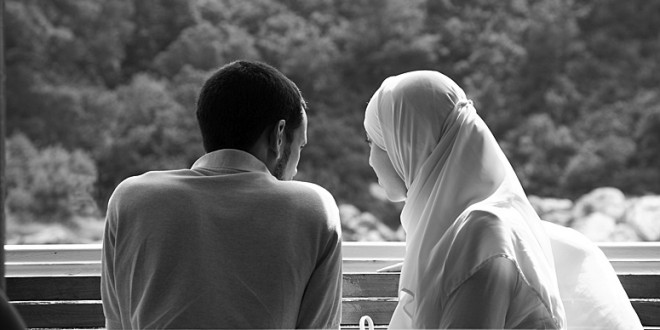 Effects of Pornography in Marriage

The prohibition of watching pornography in any form is clearly reiterated by Shia scholars. For instance, the leader of the Islamic Revolution, Sayyid Ali Khamenei, answered a question about the permissibility of viewing semi or fully naked women in movies by stating that “…since watching obscene [films] is inherently intertwined with looking with sexual urge, and it is a precursor to committing haram acts, it is therefore, haram.” (Khamenei, 1180) Sayyid Ali Sistani, a prominent Shia scholar, also states that watching these films “is forbidden if watched with sexual excitement and, according to obligatory precaution, forbidden if watched without sexual excitement.” (Sistani, 3)

Therefore, the prohibition that Islam places on pornography is clear. The following will try to explain part of the wisdom behind this prohibition in relation to marriage. Pornography helps to destroy the holy matrimonial bond between two spouses by creating tendencies of infidelity, decreasing sexual satisfaction, and decreasing sexual intimacy. Before entering the discussion, pornography must be defined. The definition that will be used for pornography in this paper will be the same that was used by Kassin, Fein, and Markus in their textbook titled Social Psychology, which read: “explicit sexual material, regardless of its moral or aesthetic qualities.” (Kassin et. al., p.471)

When two people romantically fall in love and decide to get married they are promising to lead a faithful, monogamous life with each other. This marriage bond is severely harmed when this promise is broken and one or both of the parties have an extramarital affair. Sometimes, due to this act of indiscretion the marriage is destroyed and the couple, who previously loved each other and made plans to be with each other until death does them part, decide to divorce. One of the negative affects that pornography plays on a marriage is that it leads to infidelity.

In a research conducted by Stack, Wasserman, and Kern (2004) it was determined that a person who committed an act of infidelity was 3.18 times more likely to have used internet pornography than one who did not commit an act of infidelity. They also found that married individuals who solicited the services of a prostitute were 3.7 more likely to have used internet pornography than those who did not. (Stack, et. al, via Manning, p.18) Therefore, there is a link between pornography and infidelity, although it is not proved whether unfaithful behavior precedes viewing pornography or the other way around.

Another important part of marriage is the quality of the spouses’ sex life. If they are not satisfied with their sex life inside marriage there is a good chance that they will seek methods to release their sexual tension outside of marriage. Therefore, another way that pornography harms the marriage of one who excessively watches it is decreasing sexual satisfaction within the marriage itself.

When a man views pornography on the internet or in magazines he will consider his wife less attractive. Research has also shown that men weigh the attractiveness of their female partners in how they determine the satisfaction of their sexual encounters. But, regardless of this research, both men and women’s sexual satisfaction is decreased after watching pornography. For instance, Bergner and Bridges (2002) conducted a two-part research. In the first part participants looked at the female centerfolds from Playboy and Penthouse magazines. The conclusion was that those who viewed these pictures, both men and women, regardless of what they thought of them, lowered their judgments about the attractiveness of average people. In the second part, the female centerfolds were looked at next to nude male photos taken from Playgirl magazine. After viewing these pictures men considered their wives to be much less attractive then men who did not look at the centerfolds. He states that “This supports the notion that in this culture men find physical attractiveness to be more central to their sexual responding than women, and that consumption of popular pornographic magazines may adversely affect males’ commitments to monogamous relationships. It also validates women’s experiences that they are being unfavorably compared to the impossible ideal portrayed in pornography and erotica.” (Bridges, p.15)

Not only does pornography affect the satisfaction that one derives from sexual intercourse with his spouse, but it also affects the intimacy of their relationship. One of the conclusions of a meta-analysis conducted by Elizabeth Paolucci, Mark Genius, and Claudio Violato which included 46 studies from 1962 to 1995 states: “The results are clear and consistent; exposure to pornographic material puts one at increased risk for developing sexually deviant tendencies, committing sexual offenses, experiencing difficulties in one’s intimate relationships, and accepting the rape myth.” (p.4)

Intimacy between a couple is one of the most important measures of a healthy relationship. The more intimate two spouses are with each other the stronger their marriage bond will be. Hence, anything which will tarnish this intimacy should be considered an enemy to the couple. One of the negative effects of compulsive cybersex is that it hurts the party not participating in the act. When a partner finds out that one’s spouse is compulsively uses cybersex he or she will “experience some combination of devastation, hurt, betrayal, loss of self-esteem, abandonment, mistrust, suspicion, fear, and a decreased level of intimacy in their primary relationship.” (Schneider)

Being an Islamic scholar, couples often come to me with their marital problems. Although viewing any form of pornography is strictly prohibited in the Islamic tradition, some of these couples who are experiencing lackluster sex lives ask if it is permissible to watch pornography together in order to learn different methods of having sex. They believe that if they were to do this it would better their sex lives, thus strengthening their marriage. According to the findings mentioned earlier, this would not be the case. Rather, viewing pornography would have negative effects on their sex lives and would harm their marriage instead of helping it.

Therefore, there is no doubt that excessive pornography viewing is one of the main factors behind divorce in the United States. Pornography harms the marriage in a number of ways, including, but not limited to, tendencies of infidelity, decreasing sexual satisfaction, and decreasing sexual intimacy. Each one of these harms can devastate a marriage by themselves, but together they can completely destroy a marriage which was once so strong that divorce was inconceivable. Hence, married couples should refrain from any form of pornography in order to protect their sacred bond of matrimony.

Schneider, J. (2002). The New ‘Elephant in the Living Room:’ Effects of Compulsive Cybersex Behaviors on the Spouse. Jennifer Schneider. Retrieved from:
[http://www.jenniferschneider.com/articles/elephant_in_living_room.html]