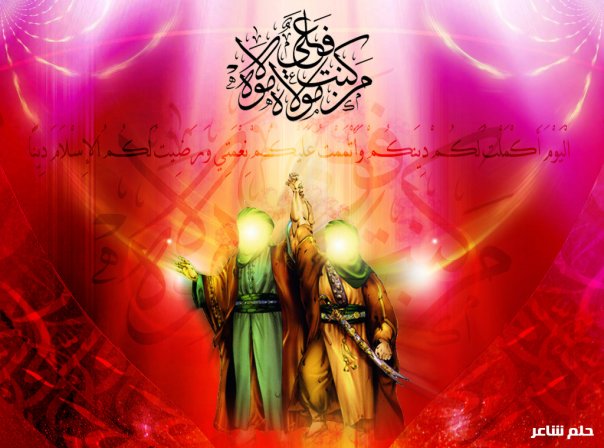 The Narrators Of Ghadir

As a matter of fact, there are more than 120,000 narrators of Ghadir. According to the command of the Prophet, the Muslims present at Ghadir regarded the incident of Ghadir and the issue of appointing ‘Ali as the successor of the Prophet as most significant and narrated it to the others. 7And it was for this reason that in public gatherings of Muslims, the reminiscence of Ghadir was renewed repeatedly.
About 25 years after the day of Ghadir, when most of the faithful companions and followers of the Holy Prophet of Islam had passed away, and just a few were still alive, ‘Ali asked the people to bear witness if they had been present in Ghadir and heard the Ghadir tradition from the blessed mouth of the Prophet. Immediately 30 people stood up and narrated the Ghadir tradition. 8
In 58 or 59 A. H., a year before the death of Mu’awiyah, Imam Husayn, peace be upon him, assembled the Bani Hashim and Ansar and other hajjis at Mana and, during an extremely moving speech, asked them, `I swear to you by God to speak out if you know that on the day of Ghadir, God’s Prophet appointed ‘Ali as the Master and Leader of the Ummah of Islam and commanded the audience to convey this message to the others’. All said that they knew this fact. 9
Sunni scholars have mentioned in their reliable books the names of 110 companions of the Prophet who had heard this tradition from the Holy Prophet of Islam and had narrated it to others.10Even a number of scholars and Islamic theologians wrote special books on Ghadir. 11

The Purport Of The Discourse On Ghadir

The available documents reveal that the words mawla (master) and vali (guardian) refer to the successor of the Holy Prophet of Islam and the Guardian of the Ummah of Islam, and that no other meaning can be applied to these two words.
Now, take notice of the following points:
We have realized that the Holy Prophet of Islam was hesitant to propound the Ghadir tradition and that he did not declare it until God openly and seriously commanded him to do so.
It is totally wrong to hold that by the Ghadir tradition the Prophet meant to remind the people of the position of ‘Ali as a friend of the Holy Prophet of Islam and the Muslims. If that were the case, the Holy Prophet of Islam would never have hesitated to announce it, for obviously such an announcement would cause no discord or dissension among the Muslims.
Thus the Holy Prophet of Islam surely had reference to the issue of the caliphate and the assignment of his own successor, which was clearly likely to elicit the mutiny and mischief of ambitious opportunists.
Before uttering the well-known sentence, “Ali is the Master of those whose Master I am’, the Prophet asked the audience to admit that he himself was their guardian and leader and that he was to be obeyed by them, and after the people present in Ghadir Khum had admitted this fact, the Holy Prophet of Islam attributed the same position to ‘Ali immediately, saying “Ali is the Master and Leader of anybody whose Master and Leader I am’.
With the permission of the Prophet, Hissan ibn Sabit composed a poem about Ghadir Khum and circulated it. In this poem, the position of the Caliphate and Imamate of ‘Ali have been openly expressed and specified. No one among that great crowd of Muslims protested that Hissan had misapplied the word mawla (master). Rather, Hissan was confirmed and applauded for this poem.
The poem, in effect, said, `After the Holy Prophet of Islam had the people admit that he was their divine Master and religious leader, he said to ‘Ali, “Stand up, ‘Ali. I assent to your Leadership and Imamate after myself. Then, “Ali is the Master and Leader of anybody whose Master and Leader I am. You should all be loyal followers and sincere friends of `Ali'”. 12
After the Ghadir ceremonies were over, the Prophet, together with ‘Ali, sat in a tent and ordered all the Muslims, even the women of his own family, to congratulate ‘Ali, to swear allegiance to him, and to greet him as the Commander of the Faithful. 13It is obvious that all these ceremonies and orders testify to nothing other than the designation of ‘Ali as the Caliph and Imam of the Muslims by the Holy Prophet of Islam.
Twice the Prophet said to the people, `Congratulate me, for God specifically appointed me Prophet and my family imams’.14
These testimonies and documents leave no doubt about the Ghadir Khum tradition and the caliphate of ‘Ali.

Source: Excerpt taken from  ‘A Glance at the Life of the Holy Prophet of Islam‘ by Dar Rah Haqq