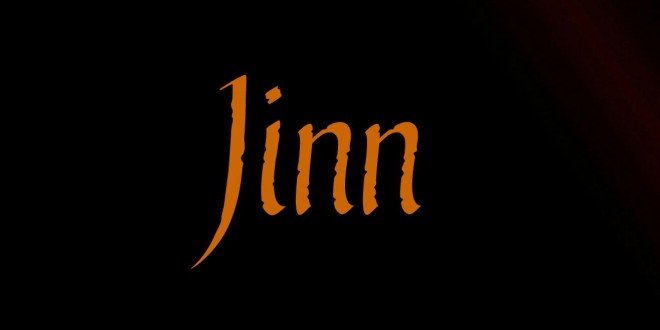 Enquiries about Islam: What is the reality of the Jinn?

2. Possesses knowledge, perception, the faculty of logic, the power of reasoning, and can distinguish between truth and falsehood (various verses of Suratul Jinn).

4. Some of them are believers while others are disbelievers:

“There are among us some that are righteous, and some the contrary…”[22]

5. They shall be resurrected:

6. They initially possessed the power to penetrate into the skies, eavesdrop and procure news but were later prohibited:

“And that we used to sit in some of the sitting-places thereof to steal a hearing, but, he who would (try to) listen now would find a flame lying in wait for him.”[24]

7. They used to establish contact with some of the people and, by means of the limited knowledge of the Unseen that they possessed, endeavoured to misguide the people:

8. From amongst them there are those who, like some humans, possess great powers:

“One audacious among the jinn said: I will bring it to you before you rise up from your place; and most surely I am strong (and) trusty for it.”[26]

9. They possess the power to perform some of the tasks that are required by man:

“And of the jinn there were those who worked before him by the command of his Lord; and whoever turned aside from Our command from among them, We made him taste of the punishment of burning. They made for him what he pleased of fortresses and images, and bowls (large) as watering-troughs and cooking-pots that will not move from their place.”[27]

10. Their creation on the earth was prior to man’s creation:

“And the jinn We created before, of intensely hot fire.”[28]

In addition, it can be clearly inferred from the verses of the Noble Qur`an that, contrary to what is popular amongst the common masses, humans are a species superior to them. This can be concluded by the fact that all the divine prophets had been chosen from the humans; moreover, many jinn too had believed in the Noble Prophet (S.) – who was a human – and pledged allegiance to him. Additionally, the obligation upon the Shaytan of prostrating before Adam at a time when he (the Shaytan), according to the explicit statements of the Qur`an, had been of the elders of the Jinn[29], further reinforces this idea of superiority.

The discussion thus far has revolved around the aspects that can be inferred about this invisible entity from the Noble Qur`an, which is devoid of all superstitions and non-scientific issues. However, we do know that the general and the unaware masses have concocted great superstitions about this entity which neither conforms with logic nor intellect, and consequently have imparted an irrational appearance to this being such that whenever the word ‘jinn’ is uttered, a handful of strange ideas immediately come to mind – entities possessing dreadful appearances, who have horns and tails, are harmful, troublesome, malicious and ill-mannered, who can set a house on fire by pouring a cauldron of boiling water in one corner of the house! These are examples of such fanciful and superstitious beliefs!

If our perspective of the existence of jinn is purified from such superstitions, the main issue is totally acceptable for, there exists no reasoning to restrict living entities to only those that can be seen by us. On the contrary, scholars of natural sciences state: The entities that man can perceive by means of his senses are marginal in comparison to those that cannot be perceived by means of them.

Prior to the discovery of microscopic organisms, no one would have believed that in one drop of water or blood, there existed hundreds of thousands of living entities that man could not see.

When the state of the world is such, why should the existence of a species of living entities, whom we cannot perceive by means of our senses, be so fantastic and astonishing? And why should we not accept it when we have been informed of it by a truthful informer like the Noble Prophet (S.)?

In any event, on the one hand, the Qur`an has informed us of the existence of the jinn possessing the aforementioned characteristics; while on the other hand, there exists no rational proofs which deny the existence of such an entity. Accordingly, we ought to accept their existence but simultaneously disregard the inappropriate superstitions of the general public in connection with these beings.

It is important to note that at times, the term jinn is used in a more expansive meaning – one that tends to encompass a number of invisible entities, irrespective of whether they possess intellect and perception or not. In this expanded meaning of the word, even animals that are not seen by the eyes, usually remaining hidden in their lairs, are included.

In the light of the above tradition and its expansive meaning, numerous problems encountered in narratives with respect to the jinn appear to be solved.

For example, in some of the traditions of the Commander of the Faithful (a.s.), we read:

In view of the fact that Shaytan is from the jinn, and knowing the fact that the broken portion of the vessel and similarly its handle are places of accumulation of numerous microbes, it does not appear too far-fetched that jinn and Shaytan, in their expansive meanings, should also include these entities too, in addition to possessing a specific meaning, i.e. an entity, who possesses understanding, intelligence and religious obligation.

32 In vol. 1 of the book Awwalin Danishgah Wa Aakhirin Payam, approximately 20 traditions have been compiled in this regard