Enquiries into Islam: Is it Correct to Label Days as Auspicious and Inauspicious? 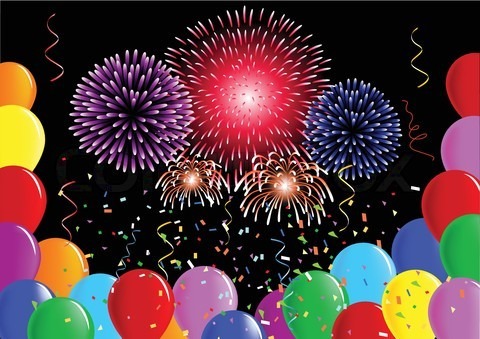 Among many people, it is a usual practise to consider some days to be blessed while some others to be inauspicious and sinister – although great differences prevail amongst man in singling them out. Nevertheless, the point of discussion is: To what extent is this general belief accepted in Islam? Or does it have its origins in Islam?
Of course, intellectually, it is not impossible that parts of time differ from each other – some possessing the characteristics of auspiciousness while others possessing contrary characteristics – however, we have no means to either establish or refute the issue. All we can say is that such a thing is possible despite not having been proved by means of rational proofs.
Accordingly, if we come to possess religious proofs that reach us by way of revelation and which serve to illuminate wider horizons for us in connection with this issue, not only is there no harm in accepting them, but on the contrary, its acceptance becomes essential.
There are only two instances in the Qur’an which allude to inauspicious days – verse 19 of Suratul Qamar and verse 16 of Suratul Fussilat – and which narrate the story of the people of ‘Ad:

“So We sent on them a furious wind in unlucky days.”1
On the other hand, the expression مبارك (blessed) too is observed in some of the verses of the Qur’an, as is mentioned in connection with the Night of Qadr:

“Surely We revealed it on a blessed night…”2
Originally, نحس means ‘extraordinary redness of the horizon’, which makes it appear as نحاس meaning ‘a flame of fire that is devoid of smoke’ and then, in this case, it is employed to mean ‘inauspicious’.
Thus, the Qur’an does not possess anything more than a vague allusion to this issue; however, as far as Islamic traditions are concerned, a number of them mention auspicious and inauspicious days. And although some of them are weak and, at times, mixed with traditions that have been fabricated or associated with superstition, nonetheless not all of them are such for undoubtedly there do exist genuine traditions amongst them, and the commentators too, whilst interpreting the above verses, have attested to this fact.
‘Allamah Majlisi, the great scholar of traditions has presented many traditions in this regard in his bookBiharul Anwar.3
There are a few points that briefly need to be mentioned here: In a number of traditions, auspicious and inauspicious days have been interpreted in connection with the events that have transpired on those days. For example, in a tradition from the Commander of the Faithful (a.s.) we read that a person sought to know from him, which was the Wednesday that the people considered to be inauspicious?
The Imam (a.s.) replied: That is the last Wednesday of the month which occurs during the waning of the moon. It was on this day that Qabil killed his brother Habil … And on this day of Wednesday, Allah (s.w.t.) sent the windstorm over the people of ‘Ad.4
And therefore, numerous commentators, on the basis of abundant traditions, have declared the last Wednesday of the month to be inauspicious and refer to it as:

“The Wednesday that shall never recur.”
Some other traditions declare the first day of the month to be auspicious and blessed since Adam (a.s.) was created on that day, and similarly for the 26th day of the month, for Allah (s.w.t.) had split the sea asunder for Musa (a.s.) on that day.5
A few state that the third day of the month is inauspicious for on that day Adam and Eve were expelled from Paradise, and the clothes of Paradise were taken away from them.6
Others claim that the seventh day is a blessed one, for on that day Nuh (a.s.) climbed aboard his ship (and was delivered from the flood).7
Or what we read in connection with Nawroz, in a tradition from Imam as-Sadiq (a.s.), when he said: “It is a blessed day since it was on this day that Nuh’s (a.s.) ark came to rest upon the (Mount) Judi, Jibra’il descended upon the Noble Prophet (S), ‘Ali (a.s.) climbed upon the shoulders of the Noble Prophet (S) and destroyed the idols of the Ka’bah, and the event of Ghadir Khum took place…”8
Such interpretations, which tend to correlate auspicious and inauspicious days with desirable and undesirable events, are mentioned many times in narrations. This is especially observed with respect to the day of ‘Ashura because the Umayyads, considering themselves to be victorious over the Ahlul Bayt (a.s.), regarded it as an auspicious day – a concept that has been prohibited in no uncertain terms in the traditions. Traditions forbid people to regard it as a blessed day and also warn them that this day should not be considered to be a day for hoarding the provisions of the year; in fact, trade should be stopped on that day and one should practically distance oneself from the scheme of the Umayyads.
Collectively, these traditions have led some people to be of the opinion that Islam intends to draw the attention of the Muslims towards these incidents so that they learn from these events with respect to their deeds, and distance themselves from destructive episodes and those who were involved in them.
This interpretation could be true with respect to some traditions, but undoubtedly this is not so for all of them since, from some of the traditions, it can be inferred that occasionally, in some of these days, there exists a mysterious influence of which we are not aware.
Another point which demands attention is that some people carry the issue of auspicious and inauspicious days to such extremes that before attempting any task, they wait for such days and, in the process, lag behind in numerous activities and let golden opportunities slip out of their hands.
Or that instead of investigating the causes of the successes and failures of themselves and others, and benefiting from the invaluable experiences, they thrust the blame of all failures upon the inauspicious of the days, just as they search for the secret of successes in the blessed days!
This is a kind of escapism from reality, extremism in the issue and a superstitious explanation for life’s events – something that ought to be intensely avoided. In such issues, attention should not be paid to the hearsays amongst the people, the words of the astrologers or the fortune tellers. If something in this regard is established by means of authentic traditions, it must be accepted but if not, then, with scant regard for the words of every Tom, Dick and Harry, one ought to continue one’s life, advance firmly by means of one’s efforts and hard work, and rely upon Allah (s.w.t.) and seek His help.
Attention towards auspicious and inauspicious of days, in addition to guiding man towards a series of didactic historical events, also serves to make him mindful of Allah (s.w.t.) and turn to Him for assistance. It is for this reason we read in the traditions: On the days that have been branded as inauspicious, you can, after giving charity or reciting supplications or seeking Allah’s (s.w.t.) help or reciting some of the verses of the Noble Qur’an and placing your reliance on Allah (s.w.t.), pursue your work and emerge successful.
In a tradition we read that one of the companions of Imam Hasan ‘Askari (a.s.) came to meet him on a Tuesday, whereupon the Imam (a.s.) said: “I did not see you yesterday.”
The man replied: “Yesterday was a Monday and I was disinclined to move out on this day!” The Imam (a.s.) replied: “One who desires to remain protected from the evils of Monday, should recite Surat Hal Ata in the first rak’at of his morning prayer.” The Imam then recited this verse from Surat Hal Ata (which bears relation to warding away the evils.)9

“Therefore Allah (s.w.t.) will guard them from the evil of that day and cause them to meet with ease and happiness.”
It has been reported in another tradition that one of the companions of the sixth Imam (a.s.) asked him: “Is it appropriate to embark upon a journey on the abominable days like Wednesday or other like days?”
The Imam (a.s.) replied: “Commence your journey by giving charity, recite Ayatul Kursi when you intend to start out (and then proceed wherever you desire.”10
It has been reported in a tradition that a companion of Imam ‘Ali ibne Muhammad al-Hadi (a.s.) says: “I arrived in the presence of the Imam (a.s.) in such a state that while on the way, I had wounded my finger, a rider had collided with me injuring my shoulder, and I had got entangled in the midst of a multitude and my garments were torn.” I exclaimed: “O’ Day! May Allah (s.w.t.) protect me from your evil! What an evil day you are! Having heard this, the Imam (a.s.) admonished him: “You are associated with us and yet you utter such things? You consider the day to be an offender when it has committed no offense?”
The narrator says: Hearing these words, I came to my senses and, realizing my mistake, said to him (a.s.): “O’ My Master! I am repentant and seek Allah’s forgiveness. The Imam (a.s.) added: “What crime have the days committed that you consider them to be inauspicious; it is only the consequences of your own deeds that come to afflict you in these days?”
The narrator says: “I shall continually seek forgiveness of Allah (s.w.t.) and this shall be my repentance, O’ Son of the Prophet of Allah!”
The Imam (a.s.) said: “This shall not prove beneficial for you; Allah (s.w.t.) shall punish you for reproaching something that did not deserve reproach. Don’t you know that Allah (s.w.t.) rewards and punishes, and shall recompense the deeds in this world and the Hereafter. He (a.s.) then added: Henceforth do not repeat this act and do not ascribe any effects to the days vis-à-vis Allah’s rulings!”11
This profound tradition alludes to the fact that even if the days happen to possess an influence, it is only upon the orders of Allah. Never should they be looked upon as possessing an independent influence and never should one be looked upon as being independent of Allah’s grace.
Thus, one should not associate the occurrence of events, which mainly possess an expiatory aspect with respect to man’s wrongful deeds, with the influence of the days and in this manner attempt to exonerate oneself. This explanation is perhaps the best way to resolve the conflict between the various traditions that exist in this regard.12