Enquiries into Islam: The reality of ‘Injury by an Evil Eye’ & ‘Good omen and bad omen’ 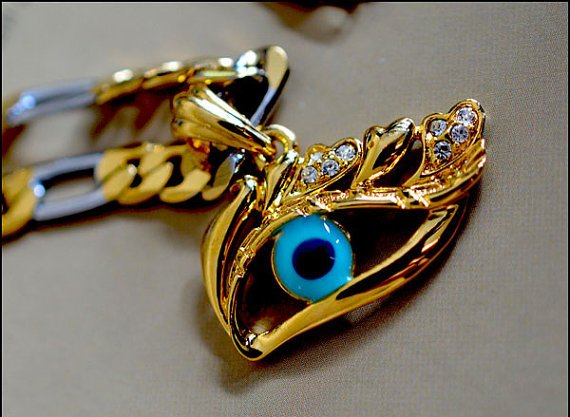 In verse 51 of Suratul Qalam, we read:

“And those who disbelieve would almost smite you with their eyes when they hear the reminder…”
In view of the above verse the question that arises is: Does injury by means of an evil eye possess any reality?
Many people are of the belief that some kinds of eyes possess a peculiar influence such that if they happen to look at something in wonder, they destroy it or break it, and if they happen to look at a person, they can make him sick or (even) insane.
According to the intellect, this is not something which is impossible. Many of today’s scientists believe that concealed in some eyes lies a special magnetic force which possesses great utility, such that it can even be developed by means of training and exercise; the magnetic sleep is induced by means of this very magnetic force of the eyes.
In a world wherein x-rays are able to perform tasks, the like of which even the most destructive of weapons are unable to perform, acknowledging the presence of a force in certain eyes that is capable of influencing someone by means of some special waves should not appear to be fantastic.
It has been widely reported that people have personally witnessed individuals, possessing this mysterious power of the eyes, to have incapacitated humans, animals and things by injuring them by means of ‘evil eye’.
Thus, not only should one not insist on rejecting such issues but instead acknowledge the possibility of their occurrence – scientifically and intellectually.
In the Islamic traditions too, various expressions meet the eye which, to a certain extent, corroborate the existence of such an issue.
In a tradition we read that Asma Bint ‘Umays once said to the Noble Prophet (S.): “At times, some people inflict injury to the children of Ja’far by means of ‘evil eyes’. Should I procure a charm for them?” (Charm means prayers, which people keep in their possessions to protect themselves from ‘evil eyes’; this is also referred to as ta’widh).
The Noble Prophet (S.) replied:

“Yes (there is no harm in it). Had there been something that could have superseded Divine fate and destiny, it should have been ‘evil eye!’”[101]
In another tradition it has been reported that the Commander of the Faithful (a.s.) said: The Noble Prophet (S.) secured a charm for Imam Hasan and Imam Husayn (a.s.) and recited the following supplication:

“I place you in the refuge of all of the Perfect Words and the Best Names of Allah (s.w.t.) from death, harmful animals, evil eye and from the evil of the envious when he envies.”
Then turning to us, he (S.) said: “Likewise Prophet Ibrahim did the charm for Isma’il and Ishaq.”[102]
In Nahjul Balaghah we read:

Perhaps the concept of good and evil omens have always prevailed amongst men and nations, all through the ages; they interpreted certain things as auguring good for themselves and considered them to be an indication for their victory and progress, and interpreted some others as portending evil for themselves, looking upon them as a sign for their defeat, failure and lack of success. This belief was held when there existed no logical relation whatsoever between these things and victory and defeat; especially so in the case of ‘evil omen’, which was and is superstitious in essence.
Although these two do not possess any natural effect and influence, nevertheless they can undoubtedly possess a psychological bearing. Predominantly, a good omen induces hope and activity while an evil omen results in despondency, hopelessness and weakness.
It is probably for this reason that whereas auguring good has not been prohibited in the Islamic sources, auguring evil has been intensely criticised. A well-known tradition of the Noble Prophet (S.) states:

“Regard things as being good omens (and be hopeful) in order that you achieve it.”
The positive aspect of this issue is also observed in the life of the Noble Prophet (S.) and the Imams (a.s.) who, at times, interpreted events as possessing a good omen. For example, during the encounter of the Muslims with the disbelievers of Mecca in Hudaibiyyah, we read that when Suhail ibne ‘Amr, in his capacity as the representative of the disbelievers of Mecca, desired to meet the Noble Prophet (S.) and he was informed of his name, he said (to his companions):

”(I interpret the name Suhail to be a good omen and that) this meeting shall go easy upon you.”[105]
A celebrated scholar and writer of the 8th century ah alludes to this point in one of his works when he says: “The Noble Prophet (S.) approved of a good augury because whenever man is hopeful of Allah’s favours, he ventures on the path of good whereas when he severs his hope from Allah, he shall venture out on the path of evil. Presaging evil results in misgivings and causes one to await misfortunes and endure misery.[106]
As far as the evil omen, which the Arabs refer to as ‘tatayyur’ and ‘tiyarah’, is concerned, the Islamic traditions strongly criticize it; the Qur`an too has repeatedly censured it.[107] In a tradition we read that the Noble Prophet (S.) said:

“Auguring evil (and considering the evil omen to have an influence upon the life of man) is a kind of polytheism (shirk).”[108]
We also read that the only influence that an evil omen possesses is the psychological one. Imam as-Sadiq (a.s.) has said: “An evil omen affects only in the measure you consider it to possess. If you take it lightly, its influence would be trivial, but if you regard it seriously, it would affect you immensely and if you totally disregard it, it would have no effect.”[109]
It has been reported in traditions from the Noble Prophet (S.) that the way to combat evil auguries is to disregard them. It has been narrated that the Noble Prophet (S.) said: “There are three things from which none can remain safe (and its whisperings are found within the hearts of most men): auguring evil, envy and mistrust.”
He (S.) was asked: “What then should we do?”
He replied: “When you augur evil, ignore it and go your way; when envy manifests itself in your heart, refrain from doing anything in accordance with it, in practice; and when you experience mistrust, disregard it.”
Strangely, the issue of good and evil omen had existed and suntil exists in industrially developed countries and amidst intellectuals and even amongst celebrated geniuses. Passing beneath a ladder, falling of a saltcellar and gifting someone a knife are gravely looked upon as evil omens by those living in the West.
Of course, the existence of good omens, just as we had previously mentioned, is not an important issue – it mainly possesses a positive impact and influence. However, the factors of evil auguries must be opposed, fought and expelled from the minds, and the best way for this is by strengthening the spirit of tawakkul (relying on Allah (s.w.t.) ) and trust in Allah (s.w.t.) within the hearts, as has been stated in Islamic traditions. [110]