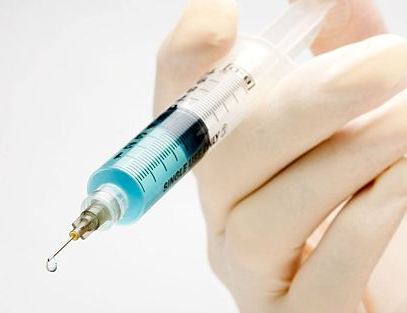 The issue of euthanasia or ‘mercy killing’ continues to divide opinion across the world but Islam is clear about its impermissibility, says Hamid Waqar

Sometimes  for  terminally  ill patients,  as  well  as  their families  and  friends,  with  no apparent  medical  hope  for survival, putting an end to their misery seems to be the only remaining option. Euthanasia  has  no  doubt  occurred  to many who are desperately ill.

Euthanasia  bills  were  defeated  in  the Canadian  Parliament,  South  Australia, and  the  Scottish Parliament  in  2010. The  following  year  saw  a  landmark ruling  in  a  case  brought  before  the European  Court  of  Human  Rights. Ernst Haas, a 57-year-old man suffering from  bipolar  disease,  sued  the  Swiss government  for  failing  to  provide  him with  lethal  drugs  with  which  to  kill himself.  He  argued  that  this  violated his right to privacy. The court ruled that the right to die was included in Article 8 of the European Convention on Human Rights, but the obligation for states toensure the protection of the right to life under Article 2 was stronger.

This ruling was welcomed by anti-euthanasia  organisations.  Peter  Saunders, CEO  of  Christian  Medical  Fellowship, said: “In a democratic society there are limits  to  human  autonomy.  The  law  is there to primarily to protect vulnerable people  and  public  safety  will  always trump  the demands  of  determined individuals  backed  by  pressure  groups who want to undermine existing laws.”

Currently  euthanasia  is  legal  in  many European  countries.  In  the  Nether-lands  euthanasia  has  been  legal  since 2001.  The  legalisation  of  this  practice constitutes  one  of  the  most  fatal  slippery  slopes  of  all  time.  Euthanasia started with the terminally ill, and then expanded  to  cover  the  chronically  ill. The  practice  eventually  allowed  the assisted suicide of patients with serious disabilities  and  the  mentally  ill.  Today Dutch  doctors  also  terminate  infants who  are  born  with  serious  disabilities or  terminal  illnesses.  The  Dutch Medical  Association  (KNMG)  wants  to take euthanasia yet further and include those  who  fall  under  the  category  of “unbearable  suffering,”  which  would take  in  non-medical  issues,  such  as poverty and loneliness.

In  the  Netherlands’  southern  neighbour,  Belgium,  euthanasia  has  been legal  since  2002.  Today  euthanasia here  is  coupled  with  organ  harvesting, raising  the  prospect  that  the  decision to terminate may be motivated, at least partially,  by  considerations  that  are not  solely  confined  to  the  suffering  of the  patient  or  indeed  his  prospects  of improvement.  Euthanasia  patients  are told that by terminating their lives they will be saving or improving the lives of others.  Doctors  in Belgium  have  also started the practice of performing joint euthanasia of elderly couples: a spouse who is terminally ill is euthanised with her partner who is not terminally ill but who does not want to live without his/her other half.

Euthanasia stems from the Greek word euthanatos,  which  in  turn  is  derived from ‘eu’ and ‘thanatos’ meaning good and death. Therefore, the literal definition of euthanasia is an ‘easy and good death’.

Euthanasia  is  performed  medically  in three different ways. In the first method an  overdose  of  barbiturates  or  other lethal injections is administered to the patient,  which  eventually  leads  to  the termination  of  life.  Another  way  is  to withhold life-prolonging treatment with the aim of hastening the patient’s death.

The  third  method  relies  on  administering  large  doses  of  opioids,  thus dramatically  increasing  the  probability of death, with no apparent intention of causing the patient’s immediate death. Euthanasia  is  also  categorised  into active and passive types. Active euthanasia  is  a  deliberate  act  undertaken by  the  attending  physician  to  cause the death of a patient, with or without his  consent  –  what  is  referred  to  by its  proponents  as  “assisted  suicide”. The  first  and  third  methods  described above  would  fall  under  this  category. Islam  strongly  opposes  this  type  of euthanasia,  regardless  of  whether  it  is the patient’s desire or not.

The  Islamic  Code  of  Medical  Ethics endorsed  by  the  First  International Conference  on  Islamic  Medicine concluded:  “Mercy  killing,  like  suicide, finds no support except in the atheistic way  of  thinking  that  believes  that  our life  on  this  earth  is  followed  by  void. The  claim  of  killing  for  painful  hope-less  illness  is  also  refuted,  for  there  is no human pain that cannot be largely conquered by medication or by suitable neurosurgery…”

Addressing this issue, Ayatollah Sayyid Ali  Khamenei  has  said:  “Murder  is not  permissible  in  any case  and  one would  have to pay  blood  money  [if  he performed this form of euthanasia].”

The Qur’an clearly denies granting the choice  of  taking  one’s  own  life  and committing  suicide.  It  states:  “And  do not kill yourselves. Indeed God is most merciful  to  you.”  (4:29)  Hence,  life  is sacred  and  the  physician  is  not  given the  permission  to  actively  terminate his  patient’s  life, even  if  the  patient requests it.

The  following  tradition  found  in  the collection of al-Bukhari is narrated from the  Prophet  Muhammad (s) :  “Amongst the nations before you there was a man who got a wound and growing impatient [with its pain], he took a knife and cut his hand with it and the blood did not stop  till  he  died.  God  said,  ‘“My  slave hurried  to  bring  death  upon  himself so  I  have  forbidden  him  [to  enter] Paradise’.”  This  tradition  illustrates the  extent  to  which  Islam  is  opposed to  suicide,  whether  self-inflicted  or assisted.

The  second  type  of  euthanasia  is passive  euthanasia.  This  is  defined as  an  omission  on  the  part  of  the attending  physician  to  resuscitate  the terminally ill, which results in the death of the patient.

Islam may allow this type of euthanasia to  take  place  under  strict  conditions. These  are  mentioned  by  the  Islamic Medical  Association  of  America (IMANA):  “When  death  becomes inevitable, as determined by physicians taking care of terminally ill patients, the patient should be allowed to die without unnecessary  procedures.”  Unnecessary procedures  can  also  be  interpreted  as ceasing  any  further  actions  prolonging the patient’s life.

The physician does not administer lethal medication; rather he withholds medication or surgery which might prolong the patient’s life. Regarding  this  type  of  euthanasia Ayatollah  Sayyid  Ali  Khamenei  has stated: “It is not obligatory to keep the dying  person  alive  or  delay  his  death, [the  passive  method].

But,  any  action that  would  cause  death  would  not  be permissible, [the active methods].” The  Fiqh  Council  of  North  America has a similar opinion. “Islam considers human life sacred. Life is to be protected and promoted as much as possible. …. there is no provision in Islam for killing a person to reduce his pain or suffering from  sickness.  It  is  the  duty  of  the doctors, patient’s relatives and the state to take care of the sick and to do their best to reduce the pain and suffering of the sick, but they are not allowed under any circumstances to kill the ill person”.

In  conclusion,  as  with  many  other contemporary  ethical  issues  in  the world,  euthanasia  cannot  be  seen  as a  black  and  white  or  right  and  wrong matter.  But  what  is  clear  from  Islamic sources  is  active  euthanasia  is  not permitted.  Human  life  is  sacred  and terminating it is the prerogative of God alone.