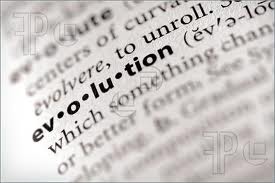 Evolution and religion have never been friends. It is common to see biologists and religious leaders argue over ‘evolution’. Most of the biologists believe that religion has nothing to offer to people who are striving for answers about the origins of life. On the other hand, philosophers or religious fundamentalists try to answer back to scientists with logical arguments. Therefore, it appears that both sides compete without investigating or trying to understand about each other. Just as scientists need to look at the logical arguments that religious philosophers provide; religious philosophers must also gain insights into scientific explanations of evolution and related concepts. Without knowing about the ‘evolution’ as the biologists define, it is illogical to blindly deny it. The article will try to provide insights into some of the scientific study about evolution that has been missed in any religious discussions/debates so far. Without taking any theistic or atheistic sides, let us first try to learn what evolution signifies and whether it is valid or not.

Let us also not argue about the semantics but before we begin, here is a fundamental difference between how the biologists define evolution and what true Islam is. Evolution could be defined as ‘directional change’. But where is the change heading? Biologists agree that evolution is not moving or progressing towards perfection. In fact, it is not at all progressing or advancing as there is no designer that controls the change. It only signifies a directional variation. On the other hand, Islam signifies a journey heading towards perfection. It is directional as well as progressive in nature. According to Islam, everything is under continuous control and guidance of the ultimate designer – Allah (swt), who is Self-Subsisting and Ever-Living. In chapter 20 of the verse 50 in Holy Quran, it is mentioned – “Our Lord is He Who gave to each (created) thing its form and nature, and further, gave (it) guidance.” Once this core difference in the definitions is cleared, it becomes easier to understand the scientific or biologists’ ideas on evolution.

Evolution is governed by two fundamental processes within the population. First is the change within a lineage (such as due to natural selection) and second is the formation of new lineages. Now, at this critical stage of laying down rules of evolution; in the next step, biology or science base its concepts on prediction. Without talking about the immaturity of biologists to rely on prediction, let us know what actually that prediction is? That prediction is – If change occurs within a lineage such as in the case of peppered moths and the lineages occasionally split then there should be fossil evidence about the species gradually changing or some species coming into new form. There is a problem with this prediction. The first part of the prediction is okay but the second part of the prediction that the lineages sometimes split to form new species or new forms is absolute non-scientific. It appears that the scientific community is forcibly trying to put the fossil records into some sort of hypothetical observation or a scientific story.

Biologists say some of the observations of the fossils indicate the evidence of evolution and common ancestry. In addition to the fossil records, the concept of common ancestry is also ‘so called’ proved by the presence of vestigial (non-functional) genes or organs in certain organisms for example, the presence of hind limbs in Whales.  Or in the language of genetics, the genes that code for extremities have now caused the whale to develop smaller hind limbs compared to their ancestors. But, even these examples from the fossil or vestigial genes could not satisfactorily prove the second prediction. The fossil evidence by itself could not prove formation of new species even if palaeontologists collect all the fossils of the universe. This is not a challenge but a fact, which cannot be proved otherwise by the scientists.

Assuming the 3.5 billion year old existence of life on Earth is a long enough time for organisms to evolve through processes such as natural selection, does it still indicate that new species are formed? Biologists answer by saying that new species are not suddenly formed, but they are formed through continuous evolution over very long periods of time. The new forms or species take advantage of the surrounding resources. To this answer, a very interesting question can be raised. How do the new species or the newly generated life forms are aware of the available environmental resources before even coming into existence? To be specific, how does the fish know before being born about their future realm of existence that whether it needs to stay as a fish under water or evolve itself to become a new species such as a bird and fly in air? The environmental factors and adaptations do affect the species but all such factors still does not provide evidence of the origin of new species or completely new kind of life-form.

Do Humans and Chimps have a common ancestor?

Scientists endorse that humans have not evolved from the modern day chimpanzee but rather both share common ancestors. They are of the opinions that all species have changed relative to the ancestors. The term ‘relative’ is a dangerous scientific term which is mathematical and shall not be used in biology except demonstrated with some numbers. The genetic (DNA and protein sequences) differences or similarities between different organisms are studied to prove about the hypothetical common ancestry. It is said that the DNA sequences of chimps and humans are 99% common and they shared a common ancestor around 5 to 7 million years ago. And it has been studied that 15 million of DNA base sequences have changed during this time. How were the two species differentiated around that time from the common ancestor? There are several hypothetical theories that try to answer about speciation. One theory is that the geographical isolation of a part of the population of the common ancestor over a long period of time may have caused the speciation. Over a period of time, genetic mutations would have occurred and this would have led to the inactivation to interbreed. This also led to different evolutionary paths and thus different species such as modern day chimps and humans. The hypothesis is definitely flawed as it contains too many assumptions such as geographical barrier of a certain population that never later interbred with the other population or even if they did, it actually caused an inactivation to reproduce. Another hypothesis or model that is recently cited to prove speciation is chromosomal rearrangement. It is said that crossing-over and recombination in the chromosome cause the genetic material to become random and therefore creates genetic diversity. Then, lack of gene flow and mutations in the rearranged chromosomes cause a group of population to be functionally different from other population. Such mutations remain fixed in the population and as a result cause sexual incompatibility with the other populations that did not experience any mutations. The major flaw with this hypothesis is the factor of ‘chance’ in the chromosomal rearrangements after the common ancestor. With due respect to environmental and geographical factors, it is unconvincing and questionable that such mutations occurred over a period of time to form functionally different species by themselves.

To this point – we have tried to focus on evolution with regards to natural selection and formation of new species. Although Islam does not disagree with the change within a lineage; but the formation or split of new lineage is not accepted by any religion including Islam. In that case, it is also not accepted by Islam that all species or organisms are resulted from one common ancestor or the split happens from one life form. Most of the concepts of evolution do not try to explain about the why’s and how’s of the origin of life but rather find out the speciation point in historic time. The modern biology studies the evolutionary history of human species, chimps, orang-utans and gorillas by comparing the genetic sequences and form probabilistic models. The mathematical sequencing of DNA and proteins could indicate the similarity between various species but making a tree of speciation out of it based on fossil studies is similar to trying to solve the puzzle where the most important piece is missing. That important piece is monotheism.  Unless the core ideology of evolution is corrected that everything in this universe is moving towards perfection and ultimately Allah (swt), the debate between Islam and evolution will exist. And some of the concepts of evolution will always remain flawed and random, much like their definition of evolution.