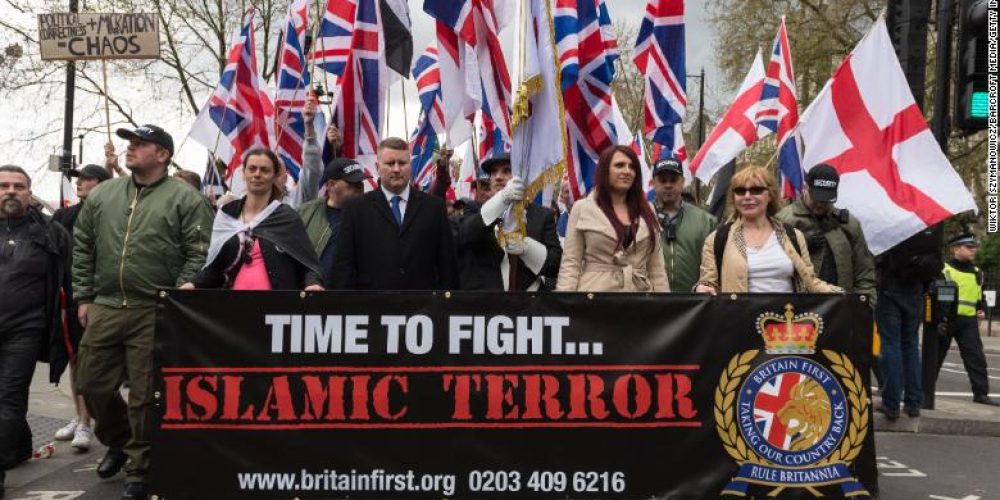 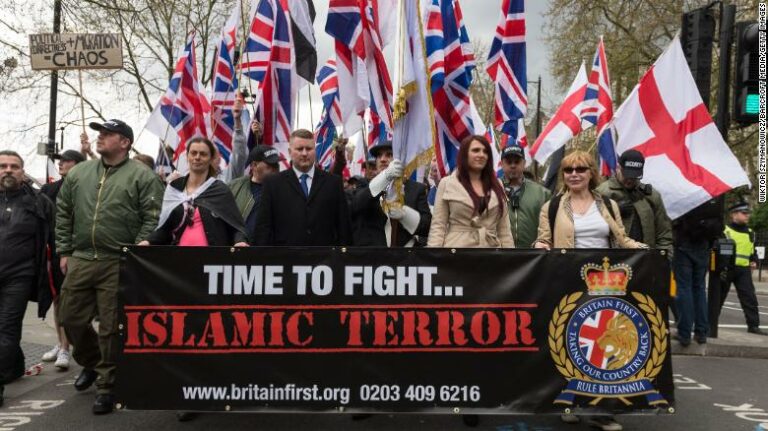 Facebook removed Britain First and its leadership from across the social network — four months after Donald Trump caused a diplomatic spat by retweeting fake videos from the English Islamophobic group.

“Content posted on the Britain First Facebook Page and the Pages of party leaders Paul Golding and Jayda Fransen has repeatedly broken our Community Standards,” Facebook said in a statement.

Despite giving the pages’ administrators a recent written final warning, Golding and Fransen continued to post content violating the network’s policies. “As a result, in accordance with our policies, we have now removed the official Britain First Facebook Page and the Pages of the two leaders with immediate effect,” Facebook said.

The move comes at a time when Facebook is facing unprecedented levels of scrutiny over its platform facilitating hate speech, death threats and disinformation.

Facebook added that it did not take the decision lightly, “but they have repeatedly posted content designed to incite animosity and hatred against minority groups, which disqualifies the Pages from our service.”

Sadiq Khan, the mayor of London, welcomed the decision, calling the group “vile and hate-filled” and calling on other social media companies to follow in Facebook’s footsteps.

“I call on social media companies to show a stronger duty of care so that they can live up to their promise to be places that connect and unify, not divide or polarize,” Khan said.

Fransen, the 32-year-old deputy leader of Britain First was jailed last week after being found guilty of three counts of religiously aggravated harassment. She gained transatlantic prominence last November when Trump retweeted three anti-Muslim videos she posted on her account.

Golding, the group’s 36-year-old leader, was also jailed after being convicted of one count of harassment.

Facebook has been under significant pressure from lawmakers across the globe — and particularly in Europe — to clamp down on hate speech on its network. The company was this week heavily criticized in unprecedented comments by U.N. investigators for its role in facilitating the spread of violence against the Rohingya in Myanmar.