During Donald Trump’s controversial 2016 US Presidential campaign, he promised to move the US embassy in Israel from Tel Aviv to “the eternal capital” Jerusalem.

This was neither a new promise nor a particularly controversial comment for an American Presidential candidate to make.

Whilst, the official United States position has always been to state that “the future of Jerusalem should be the subject of a negotiated settlement” – namely the two-state solution – the words and actions of American politicians have always told a different story.

In 1995, Congress passed the Jerusalem Embassy Act which declared that Jerusalem should be declared the capital of Israel and that the US embassy should be moved their within five years.

Then President, Bill Clinton, opposed the act and signed a waiver every six months delaying the move.

President Trump promised to shake up the status quo. And he did on December 6 2017, when he finally, formally announced that the United States recognizes Jerusalem as the capital of Israel and that it will be relocating its embassy from Tel Aviv.

We now know that the new embassy will open in May.

Trump’s announcement sent shock waves across the world. Palestinians took to the street in protest, as did people from across the region and the world. Even Israel and American allies, like Britain, criticized the announcement and distanced themselves from the move.

In London, AIM in collaboration with the Islamic Human Rights Commission and 5 pillars brought together activists, scholars, politicians, journalists and experts for an emergency conference discussing “The Future of Jerusalem”.

Sheikh Bahmanpour said that “We are now faced with a politics that whatever you say against injustice in Israel and Palestine they say you are anti-semitic. This should be clearly rejected. If Muslims had occupied another land and had removed people illegally from their homes and had set up such a brutal state, we would have been against it. We are not against Jews, we are against injustice”
“The position of Muslims in regards to Jews is very clear. Jews and Muslims have lived together in a long history of peaceful coexistence. The problem of Israel is not a Jewish problem, Jewish people are also victims of this brutal state of Zionism which is tarnishing the face the Judaism in the world and history.”

Rabi Aron Cohen echoed these sentiments and gave what he called a view point of “authentic orthodox Judaism”. Representing, Neturei Karta, Rabi Cohen said Zionism and Judaism are totally incompatible concepts and that “the one state solution could be the way forward in which everybody whether Palestinian, Jew or any other grouping would be able to live peacefully in Palestine, and that is our prayer that time should arrive that we can all live peacefully in Palestine as has been historically the case.”

Meanwhile Father Frank Gelli, talked about Christian Zionism, which he called a harmful perversion of the Christian text and theology. He said that Christian Zionism doesn’t stand for Justice, is exegetically incorrect and endangers religious dialogue. Father Gelli said that “Jerusalem should be a bond, a common ground between the three universal faiths.”

Prominent politicians were also in attendance. In a fiery speech, former MP George Galloway said: “it is a foul lie to describe us as anti-Semitic, it is nothing less than a calumny that opposition to the apartheid state of Israel has anything to do with animosity to Judaism or Jews. Many Jews are not Zionists. Most Zionists are not Jews. Many Zionists hate Jews. We on the other hand love Jews. We hate Zionism.”

On Trump’s move, Galloway said that “it was incredibly stupid to pour petrol on an already burning battlefield. It was so stupid that no other country in the world recognized their recognition even our own and we do everything that the United States tells us to do. It can only intensify the conflict which if we are not careful will consume Jerusalem and all of its holy places.”

But he believed the move had backfired: “I’ve been fighting this cause since I was a teenager. I’ve seen ups and downs. When I first got involved you could have fitted all the supporters across Britain in this hall, now we are millions and tens of millions. I have never seen a worst few weeks for Israel than this few weeks”

Meanwhile, former London Mayor Ken Livingstone addressed the media campaign against him that called him a Nazi apologist and the reaction from the Labour Party and the media.

“Im suspended from the Labour Party without anyone phoning to ask what I’ve actually said or checking it out. I’m surrounded by journlalists for days, and I asked them have you checked if what I have said is true? Only one said they had. I asked him when he would publish that I was factually accurate, he said “I cant do that”.

“When you look at the scale of the abuse you understand why most politicians just think I’m not going to touch this issue” he added.

Livingstone said pro-Palestinians should target American funding of Israel, by using social media and the internet to expose the realities of Israel’s atrocities to the American people.

Journalist Nargess Moballeghi looked at the effects of social media and alternative media in closer details, discussing how the changes over the last decade have helped the Palestinian cause, especially hearing from citizen journalists and being able to view footage instantly, by passing traditional mainstream media filtering.

Fellow journalist, Roshan Muhammad Salih, discussed his experiences with Zionist infiltration of Muslim communities happening in mosques and institutions. He warned that Israel’s strategy was to get the British Muslim community to stay silent on Israel and related issued such as Prevent and Islamophobia and cause division within the community.

He said it was ironic that some anti-Islamophobia organisations had prominent Zionists on their board of directors when Zionism is one of the mechanisms that is used to promote Islamophobia.

He warned against this normalization: “lets not be afraid of calling a spade a spade. I’ve never seen such a black and white issue as Palestine and Israel”

Both Muhammad-Salih and Les Levidow from Jews for Boycotting Israeli Goods, warned about the strategy to use interfaith to normalize Zionism in Jewish and particularly Muslim communities and called for Islamic centers to invite Jewish speakers who were pro-Palestinian.

Levidow also explained that there is a strategy of “weaponizing antisemitism as a weapon against any criticism of Israel as an apartheid, settler, colonial state. It systematically conflates Zionism and Judaism”. He said that since 2016 there has been a new coalition around the Labour party including new labour components against Jeremy Corbyn and left wing media such as The Guardian to target, demonise and suspend masses of people with no due process.

We also heard from Palestinians, such as Sandea Watfa, who gave a passionate speech. She said that “America’s peace broker imagine has been shattered to smithereens.”

“The mask has fallen, that is the only thing we can thank Trump for. We now know what beast we are dealing with and that beast should have nothing to do with the process that will lead to our liberation.”

She also called out the “Zionisation of Arab nations like Saudi UAE, Jordan and Egypt.”

Massoud Shadjareh, from the Islamic Human Rights Commission reminded that “the policy of Trump and Obama and all the previous presidents is really no different whatsoever, just the mask has been removed so we can get on with it now.”

“We will support every single activist that is being bullied by the Zionist. We are coming together, we are ready for the fight of standing and supporting Palestinians no matter what.” 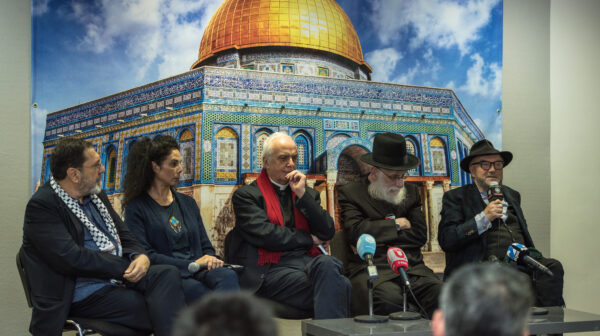 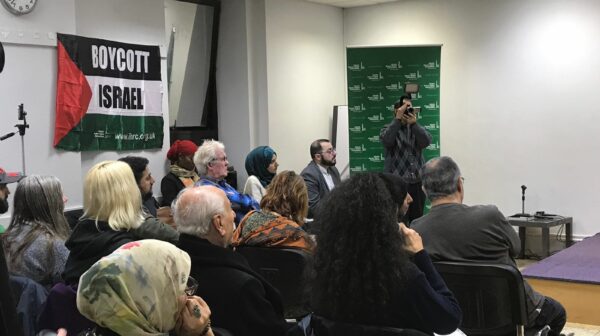 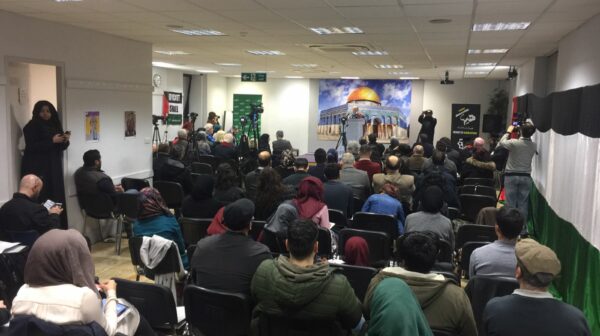 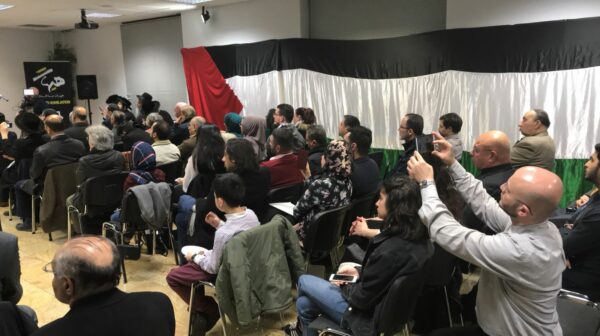 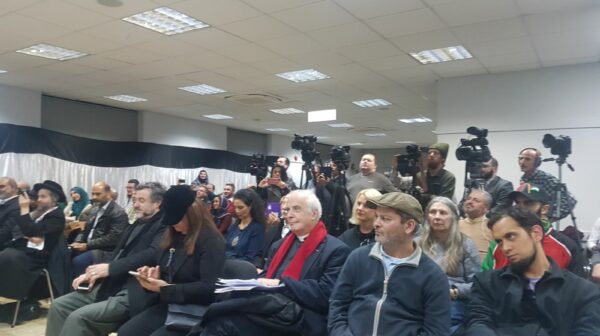 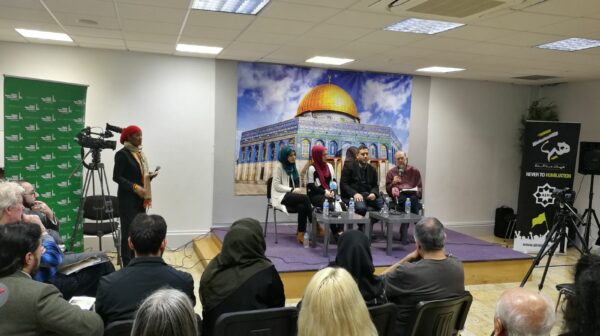 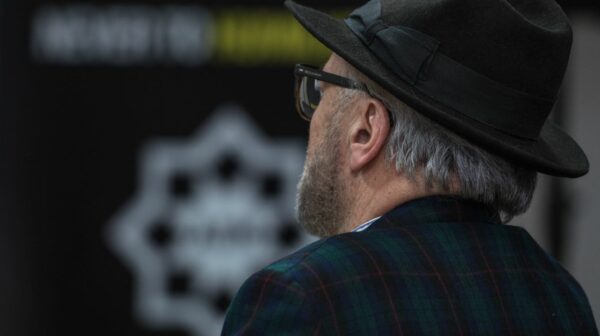 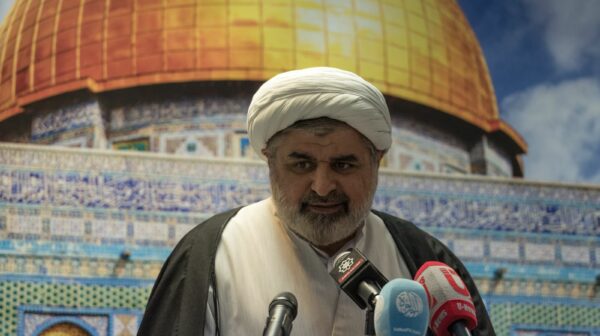 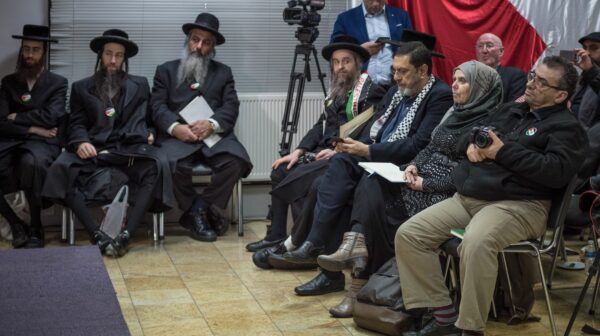 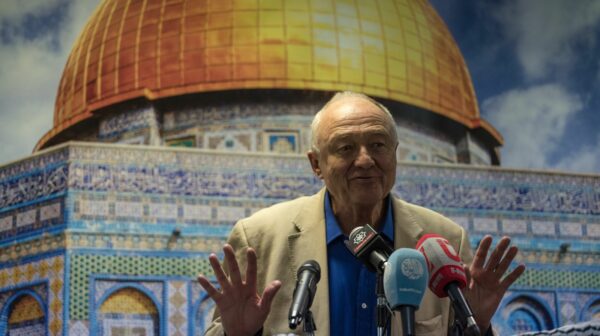 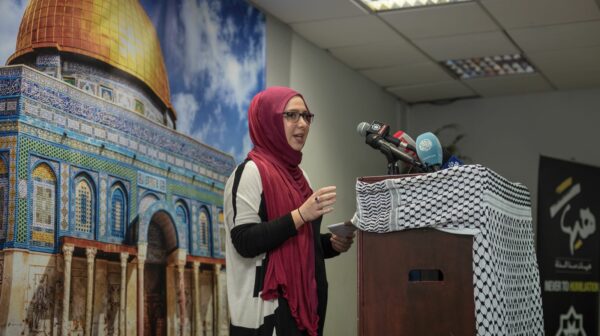 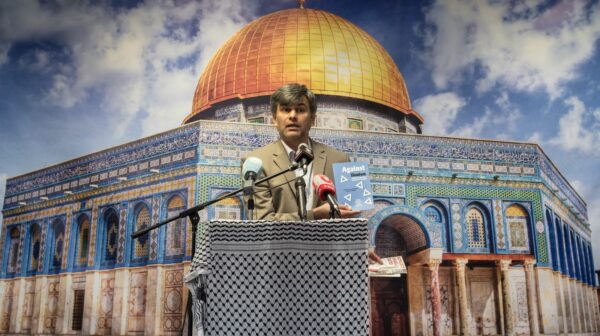 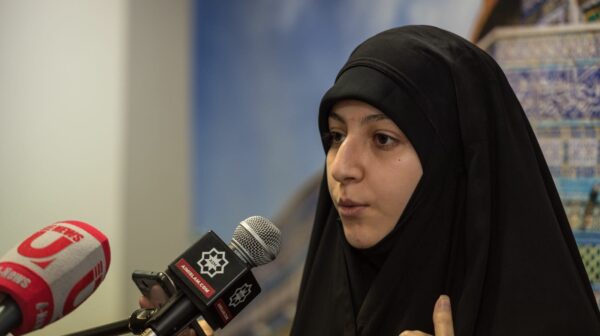 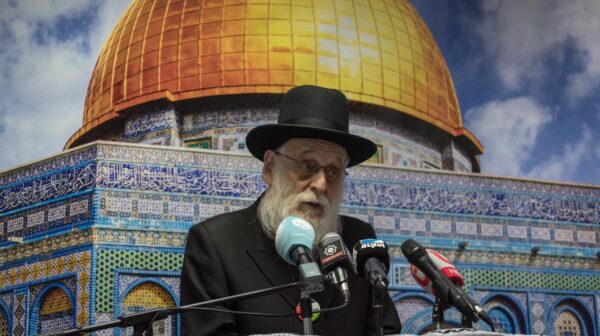 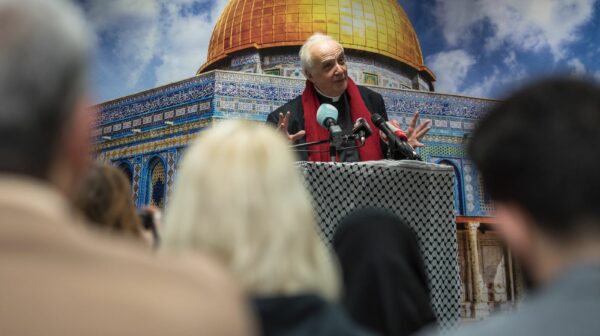 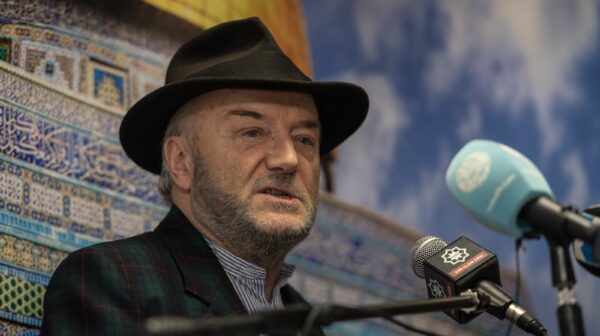