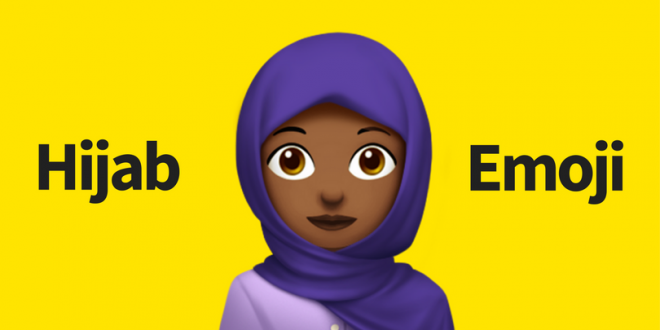 Rayouf Alhumedhi, a 16 year old has designed an emoji to represent those who wear the Hijab! She said that it was “baffling” that an adequate image did not exist already, and then wrote to The Unicode Consortium with her suggestion. On Monday 17th July 2017, which was ‘World Emoji Day’, Apple made an announcement stating that they had accepted the idea alongside 12 other new animated symbols that were suggested.

In an interview, Rayouf said:

“I’m really happy with what it looks like. I’m just so excited because it’s finally came out after all the work, all the writing.”

Apple’s CEO, Tim Cook, made the announcement on Twitter earlier this week and thousands of Apple users seem to be impressed.

However, there seems to be some controversy, and some have taken to social media to express their outrage against Apple’s decision:

the hijab is a symbol of oppression. by including it as an emoji you are showing your support for the oppression of women.

Other social media users argued that the Hijab emoji allows Muslims to feel represented, and will help them become more integrated and included in the wider society.

The Hijab emoji will be coming to iOS devices later on in the year!