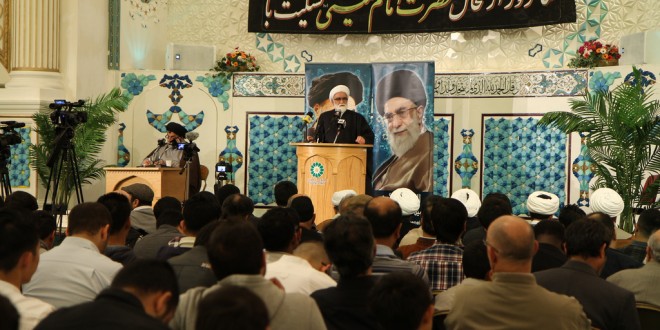 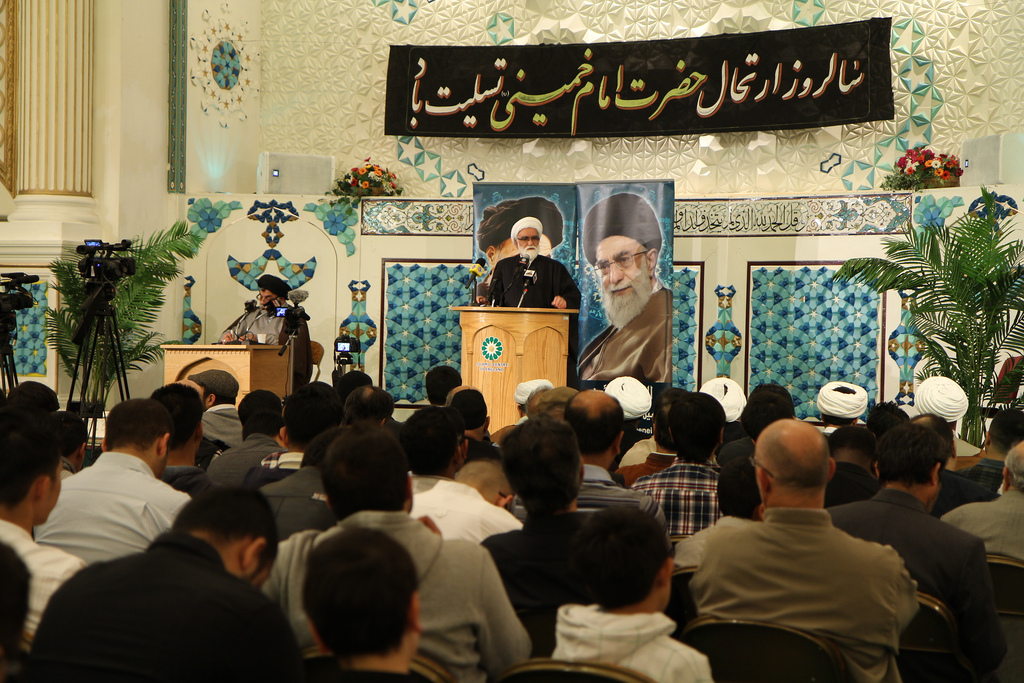 AIM hosted the annual Imam Khomeini Conference at the Islamic Centre, London on Sunday 2nd June 2013 to commemorate the demise of the late leader of the Islamic Revolution. 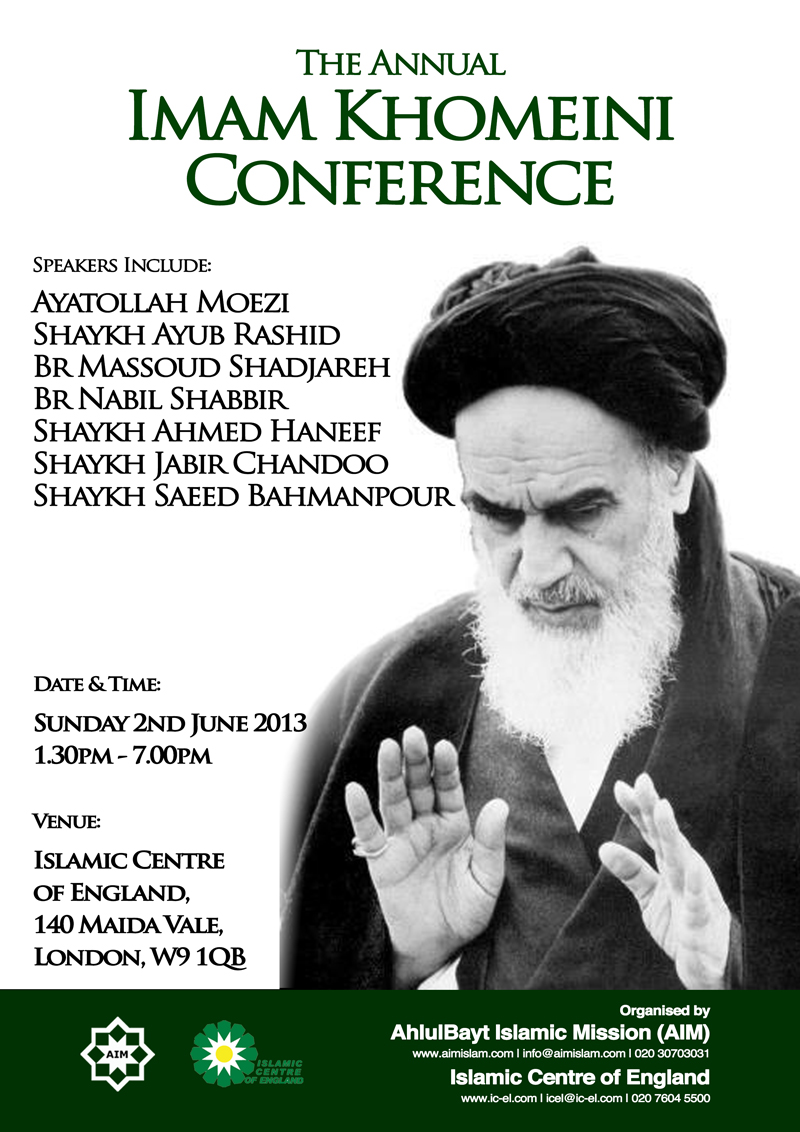 The conference sought to shed light on different aspects in the personality, thoughts and legacy of Imam Khomeini—a towering scholarly figure in Shia history and the father of the Islamic Revolution in Iran. As is widely known, the late Imam was an exceptional legal jurist, philosopher, mystic and political leader. He successfully led the Iranian nation to overthrow the oppressive, imperialist-backed Pahlavi dynasty, establishing in its place the Islamic Republic. Although the most notable legacy of the Imam is regarded as the Islamic form of government that he shaped in Iran, he has nevertheless left behind a rich heritage in Islamic thought spanning various fields including jurisprudence, ethics and spirituality.

This year’s annual Imam Khomeini conference hosted various renowned speakers who delivered talks on different subjects ranging from the relationship between ‘politics and mysticism’ according to the Imam, to his views about the need to contribute positively to society. The speakers on the day included: Ayatollah Moezzi, Shaykh Ayub Rashid, Shaykh Saeed Bahmanpour, Shaykh Ahmed Haneef, Shaykh Jabir Chandoo, Brother Nabil Shabbir and Brother Masoud Shadjareh.

The conference was well-attended with around seven-hundred in attendance on the day. In addition to the talks, the conference featured a video presentation on the final hours of the Imam’s life as well as a photo gallery that captured important milestones.