A Shia mosque in south London has banned a group of worshippers from self-flagellation with blades in a bloodletting mourning ritual, writes Roshan Muhammed Salih.

After a legal battle lasting two years Idara-e-Jafariya in Tooting announced on Wednesday that it had arrived at an “amicable agreement” to settle a long-running dispute with worshippers who wish to perform the bloodletting ritual (tatbir).

The mosque commitee now says that if any worshipper engages in any form of self-flagellation resulting in bloodletting at the mosque or within 30 metres of it they’ll risk being imprisoned and having their assets seized as they will be in contempt of court.

Although the details of the agreement remain unclear it’s thought that in exchange for a two year prohibition on tatbir mosque members who were banned will now get their memberships back.

Moreover, a message posted on social media representing the group who were banned from performing tatbir said that Idara-e-Jafariya had failed to ban a group of 24 worshippers from the mosque and would now face a very serious financial burden as a result of legal costs. Others said the mosque’s application to ban worshippers from the premises had been struck out and costs had been awarded to the defendants.

The bloodletting ritual, which is practised by only a small minority of Shias worldwide, has in recent decades provoked heated debate among Shia Muslims following its prohibition by Iran’s revolution leader Ayatollah Khomeini. The current leader, Ayatollah Khamenei, has followed suit and those who follow his fatwa say that tatbir gives Shias a barbaric image and allows their detractors to criticise them. They say the ritual violates Islam’s prohibition against Muslims intentionally harming their own bodies.

On the other hand, other major Shia scholars advocate tatbir or reserve judgement about it, and for those Shias who practise the ritual it is a profound means of expressing grief for the massacre of the Prophet’s grandson, Imam Hussain. They say the bloodletting allows them to feel a little of the sacrifice of the battle of Karbala on the Day of Ashura, during which Imam Hussain was martyred.

A video of a previous bloodletting mourning ritual at Idara-e-Jafariya can be viewed here.

In a statement Idara-e-Jafariya said the disagreement arose as a result of the “breakaway group’s” insistence on performing self-flagellation with knives on the Idara premises.

“When they were stopped on public health and safety grounds in 2013 the group locked a number of the Idara’s executive committee inside the centre and subjected them to threats of violence in a bid to strong arm them into relinquishing their executive posts and installing a new interim committee consisting of some of their own number.

“The violence led to the temporary closure of the Idara and the matter went to court as the executive committee was left with no other way to resolve the dispute due to the breakaway group’s persistence in performing self-flagellation with knives.

“Now the executive committee has reached an agreement under which the breakaway worshippers are subject to a Penal Notice such that if anyone does not abide by the words of the order they will be guilty of contempt of court and may be imprisoned and/or fined or have their assets ceased.”

Mohammed Raza, President of Idara-e-Jafariya, said the mosque committee was happy that it had achieved its objective but was saddened that the process had to take the legal route.

“If the breakaway group had been as accommodating initially as they are now then we would not have had to go through all this,” he said.  “In order to continue azadari (mourning), no trustee can allow this zanjeer zani or qama zani (bloodletting rituals) within the Idara-e-Jaaferiya premises to take place as neither the public liability or employer’s insurance will cover this activity on health and safety grounds.  People should be aware that any such activities will be met with the full force of the law.

“I would like to re-emphasise to the momineen (worshippers) that all finances used for these legal procedure have been specifically donated for that purpose and no general or other funds of Idara have been used for this purpose.  As a result of the settlement, the Idara will not have to pay anything further whatsoever in relation to the action against this particular breakaway group. I would like to thank the legal team as well as the Islamic Human Rights Commission (IHRC) without whom we would not have been able to achieve this objective.”

Meanwhile, the IHRC’s Reza Kazim said Idara-e-Jaaferiya had no option but to pursue the case because of health and safety and insurance issues.

“If this type of activity had continued there would have been no way of getting insurance because of health and safety concerns. And that would have put the centre’s ability to hold other religious events at risk. Any bloodletting caused by knives or swords or other sharp instruments could cause blood to seep into the carpet and someone could potentially catch hepatitis from it later on.”

He added: “We did contact Sadiq Khan who’s the local MP in Tooting to intervene on this issue and back the majority of the congregation who didn’t want these practises to continue, but he didn’t seem interested in addressing the needs of the community at all.” 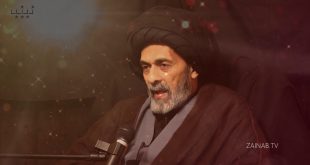 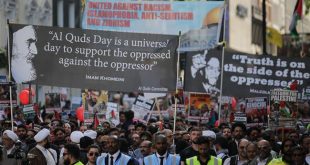