Imam Al-Jawad (as): The Manifestation of Magnanimity 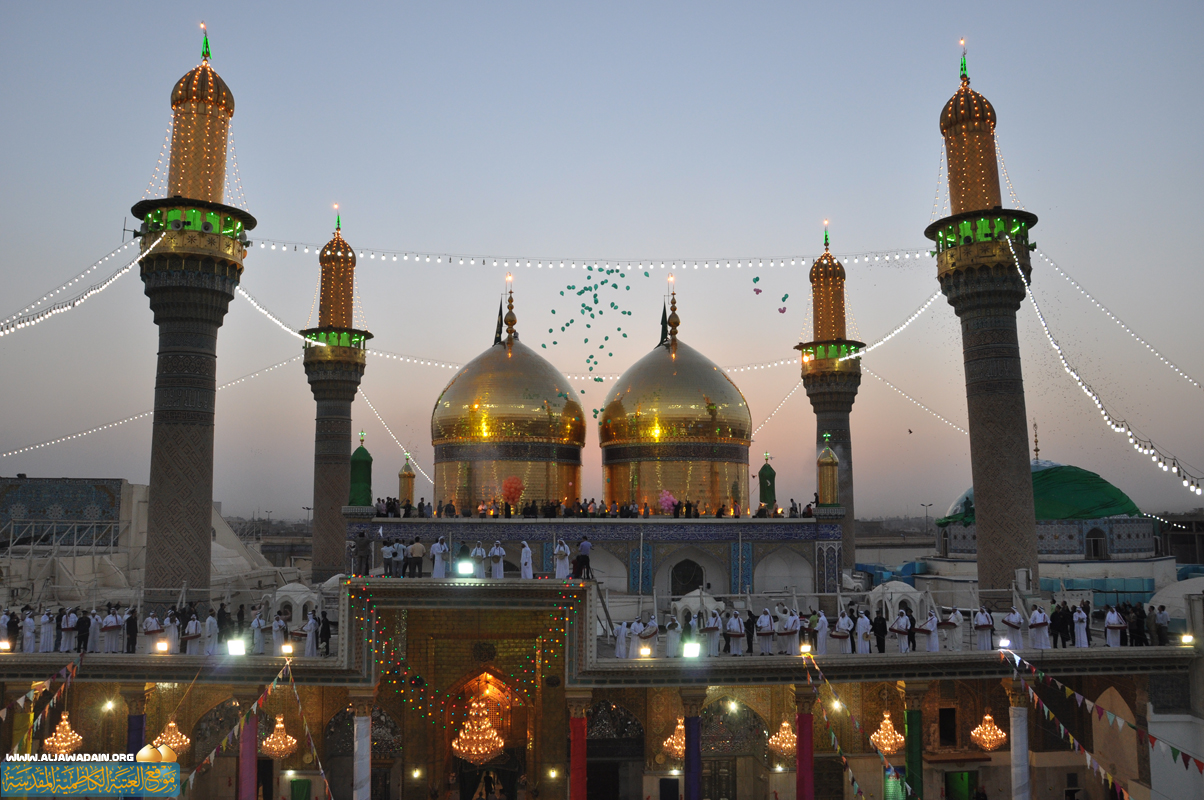 Muhammad ibn Ali al-Jawad was brought to the Mosque of the Messenger of Allah (peace be upon him) after the martyrdom of his father (peace be upon him). He was (still) a child. He went to the pulpit and ascended the first step of it. He then said: “I am Muhammad, the son of Ali al-Redha, I am al-Jawad (the Magnanimous). I am the one who knows the lineage of people in their loins, I am the most knowledgeable of both your secrets and your apparent affairs, and where you will end up. This is knowledge that was granted to us by the Creator of all of creation…if it was not for the dominance of the people of falsehood, and the governance of the people of misguidance, and the attacks of the people of doubt, I would have said words that the first and last of the people would have been amazed at”.

Muhammad ibn Ali al-Jawad, the ninth Imam from among the progeny of the Prophet (peace be upon him), was the manifestation of God’s Generosity and Magnanimity. After the poisoning of his father by the Abbasid tyrant al-Ma’mun, Imam Jawad took his divinely appointed position as the leader of the believers at the young age of nine.
His young age was of the first and greatest miracles of al-Jawad. Doubt began to spread among the believers, as some found it hard to fathom that the Proof of God on earth was a young boy who was yet to even reach puberty. The Imam (as) quelled their doubts primarily by referring to the Qur’an, and citing that God had appointed Jesus and John as prophets while they were still young boys.
A companion of the Imam (as) says that was he looking at the Imam (as) closely so that he could describe him to the believers in his home land of Egypt. While he was doing this, the Imam sat down and said:

He further assured the believers with his knowledge. He confirmed his declaration above on many occasions, most notably in a debate against the famous scholar of the time, Yahya ibn al-Aktham. In this debate, the Imam (as) demonstrated his perfect knowledge of the laws of God, with all its details and nuances. He demonstrated that he truly was the representative of God on Earth, with full knowledge of the laws of God.
Throughout the period of his leadership, the Imam came to be known for his generous and kind nature. A group of companions, led by Ahmad ibn Hadid, were attacked on their way to Hajj, and their belongings and money were stolen. They arrived in Medina in a desperate state, with no money or travel necessities, wondering how they would return home. Ahmad ibn Hadid headed straight to the house of al-Jawad. The Imam immediately gifted Ahmad the same amount of money that had been stolen from his whole group. In fact, the Imam’s generosity extended even to animals. He would instruct his companions and their servants to leave the left-overs of a meal eaten outdoors- even if it was as much as the leg of a lamb- for the wild animals to feed on, and the left-overs of a meal eaten at home for the domesticated animals such as cats to feed on.
Despite the tyrannical and oppressive nature of the Abbasid regime, the Imam did what he could to help his companions, in simple and complex matters. A man from Sajistan accompanied the Imam (as) on a journey to Hajj. While on the journey the man said that the governor of his state claimed to be a follower and lover of the Ahlul Bayt. He asked the Imam: ‘may I be sacrificed for you, if you see it fit, would you write to him to treat me well?’ The Imam (as), wanting to disassociate himself from an unjust governor, said: ‘I do not know him.’ The companion persisted in his request though and so the Imam wrote to this governor:

“In the Name of Allah, the Beneficent, the Merciful. The one who is carrying my letter to you has said that you have a beautiful belief. Be aware, that only your good actions will remain with you, so be good to your brothers and know that Allah, the Blessed and Exalted, will ask you about even the weight of an atom and a seed…”

As this man was returning home with the letter, the governor became aware of it, so he went out of the city to meet the man, kissed the letter of the Imam, considered it an honour, and gave this man whatever he wanted.
The Imam was also generous and kind when it came to the emotions of his followers. He was delicate in considering their feelings and consoling them in times of affliction and hardship. When a companion of his lost his young son, the Imam (as) wrote to him:

“I heard of the affliction of the death of your son Ali, and I remembered that he was the most beloved of your sons to you. Thus does Allah, the Exalted, take from a believer’s children and property the best among them, so that he can increase the reward of the afflicted believer. May Allah increase your reward, and make good your grief, and strengthen your heart, for He is the Powerful. May Allah soon grant you another child…”

Besides his generosity in material things, the Imam was generous in the knowledge he passed on, especially when it came to knowledge of God. In one simple sentence, the Imam answered one of the great theological questions that Muslims are to this day are debating. When asked whether it was permissible to refer to God as a ‘thing’, he said:

However, the tyrannical regime of the Abbasids, exemplified in al-Mu’tasim, plotted and planned until eventually the Imam (as) was, like his father before him, poisoned and martyred. The Imam, in his magnanimity, left behind messages for his followers- trees from which branches of hope and motivation grow.
He prepared them for the return of al-Qa’im (atfs), saying:

“(He is called al-Qa’im) because he rises again after the death of his remembrance, and the turning away of most of those who previously believed in his Imamat. (He is called al-Muntadhar) because his occultation will be long-lasting, and so the pure ones will await his reappearance, while the doubting people will deny it, and the stubborn will mock it. People will lie in specifying the time of his return, and those who are hasty in awaiting it will be destroyed. (Only) the ones who submit will be saved (during the occultation).”

He also instructed them on what to dedicate their lives to during this tumultuous and difficult period of waiting:

“He who takes up the affairs of the orphans of Ale Muhammad (the family of Muhammad),- who are cut off from their Imam, who are bewildered in their ignorance, captives of the Satans and the enemies of the Ahlul Bayt- and saves (the orphans) from them (the Satans and enemies), and takes them out of their bewilderment, and overcomes the Satans by rebutting their whispering, and overcomes the enemies through proofs from their God and guidance from their Imams, so that the covenant of God is maintained over His slaves- the honour of such people is greater than the honour of the heavens over the Earth, and the Throne over the Chair, and the Veil over the Sky, their honour over the rest of the slaves is like the honour of the full moon over the faintest stars in the sky…”

We are the orphans of the family of Muhammad, cut off from our Imam, and it is our role in life to dedicate ourselves to overcoming our Satans and enemies, and to save our fellow orphans, as we wait eagerly yet submissively, for our Imam to reappear, and fill the Earth with justice, just as it has been filled with injustice.