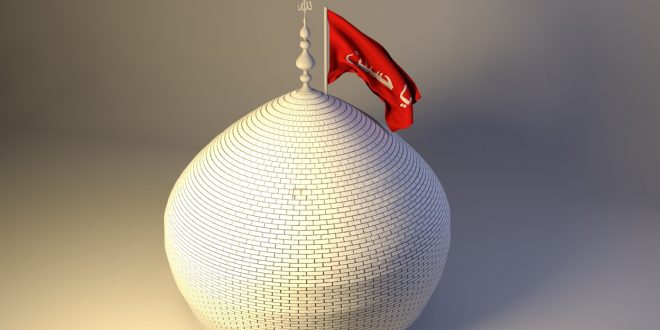 Imam Hussain’s letter to the Shia in Basra

The Shi’a in al‑Basra also wrote to al‑Husayn asking him to lead a revolt against Yazid. In al‑Tabari’s version of Abu Mikhnaf’s account, the text of al‑Husayn’s reply is pre­served. If genuine, it represents a very early record of some of the basic articles of the Shi’i doctrine of the Imamate and as such may be of great value. The letter reads as follows:

“God gave preference to Muhammad from among his creatures. He graced him with prophethood and chose him for His message. After he had warned His servants and informed them of what he had been sent with, God took him unto Himself. We are his family (ahl), those who possess his authority (awliya ‘uhu), those who have been entrusted by him (awsiya ‘uhu), his inheritors, and the most appropriate of people (to hold) his position among the people. Our people claim the exclusive right of this for us. Yet we have consented (to the rule of Mu’awiya) since we hate disunion and love the well‑being (of the community).

However we know that we are more entitled to that (the rule) because of the right which is entitled to us, than are those who have seized it. They have been brought honour, prosperity and conven­ience through (this) right of ours. May God have mercy upon them and forgive us and them. I have sent my messenger to you with this letter. I summon you to the Book of God, the sunna of His Prophet, which has become obsolete while innovation (bida) has become fertile. If you hear my words and obey my command, I will lead you along the path of righteousness” 1.

In this letter we see al‑Husayn claiming on behalf of ahl al‑bait that they hold the wilaya, (authority from God), that they are the stipulated successors of the Prophet (wasiya) as well as being the rightful inheritors of his authority. Furthermore implicit in al‑Husayn’s summons to the sunna of the Prophet is the idea that ahl al‑bait know the Prophet’s example and how to follow it.