Imam Khomeini: Islam & The role of the family (Part 2)

Religions concern themselves with all the dimensions man possesses. There are rules to ensure man’s well-being even before he is born, instructions relating to how a marriage should be contracted, what conditions should be met, what kind of woman the man should choose for a wife and what kind of man the woman should choose so that the marriage is a good one. For marriage is like cultivated land used for producing human beings. Before the marriage even takes place, precautions are taken to ensure that a sound, spiritually healthy individual comes into the world.

Thus attention is paid to the preliminaries of marriage, the conditions that should be met, and following the marriage there are rules governing the intimate relations between a man and his wife and for when a child is conceived. The mother is advised what food she should eat when she is carrying the child and what she should avoid, what her life should be like and how she should behave. Instructions are provided stating what kind of woman should suckle the child after he is born – that is if the parents wish to employ a wet nurse – how the child should be suckled, at what times, under what conditions, how the mother should treat the child when he is in her care, and later, when he has left the lap of his mother, how the father should treat him.

There are rules governing how the child should be reared in the family, what his teachers should be like, and when he enters society, how he should act. This is all to make sure that upright, morally correct individuals enter society.

Islam is concerned with everything. It plans for the child you will bring into the world even before you marry. It stipulates what kind of woman the man’s prospective wife should be, what kind of man the woman’s prospective husband. For a human being is like a plant that must grow and blossom, and just as a farmer must take care when planting his seeds, selecting the right soil in which to plant them, good fertiliser and the right amount of water to nourish them, so too much the same applies in the case of a human being.

Islam stipulates what conditions must prevail from before man is conceived, in what kind of seedbed the seed must be planted, what kind of person the man should be who will plant the seed. Then later, after marriage, Islam has rules for when the child is conceived. Islam seeks to put right all aspects of man’s life, aiming, as it does, to produce integrated and virtuous human beings.

Islamic law contains provisions for the period before marriage takes place, because it is through marriage that human beings are created. When you want to get married, no other system of laws in the world is concerned with how you should go about this. As far as other laws are concerned, you need only register your marriage at the registry office, the rest is up to you. Islam, however, pays attention to the period before marriage, for it is from marriage that a child springs, and he must have sound beginnings.

Like an extremely caring and affectionate farmer who, to ensure that his crop turns out well, selects only seeds of the best kind, planting them in fertile soil and nourishing them with only pure water, Islam seeks to produce true human beings, and it sets out to do this even before the child’s parents have married by telling the woman what kind of man she should choose for a husband and the man what kind of woman he should choose for a wife, it gives them the rules for this. It has rules covering the marriage and afterwards when the woman is with child, then following that for the period of the child’s upbringing.

For Islam seeks to create a true human being, and it begins at the very beginning when the foundations of a child’s life are first laid. So it pays attention to such affairs, whereas all other laws in the world ignore them.

Other laws pay scant regard to how a man acts in the privacy of his own home, they adopt the attitude that as long as the person remains indoors and does not disturb the peace and order in society, he can do what he likes. Islam is not this way. Islam seeks to create upright human beings so that even at home they do nothing illegal or immoral. Islam wants man to behave at home as he would in the street, as he would in public. It seeks to make man a true human being in all circumstances. 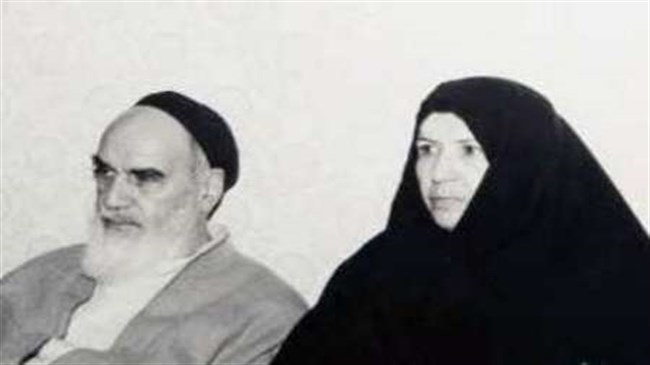 No teachings other than those of the prophets are concerned with who you choose as a wife or who the woman chooses as a husband. They consider it none of their concern. Not one of their laws covers this area or what duties are incumbent on the mother when she is with child, when she is breastfeeding and when raising the child, or what the father must do in rearing his child. Corporeal laws, and systems other than those of the prophets, are not concerned with such matters.

They are concerned only with preventing the individual from committing corrupt acts when he enters society, and even then they only make it their business when such acts are likely to cause disorder. Otherwise, they do not consider indulging in corrupt acts of the bacchanalian type as wrong; indeed they encourage such behaviour. They are not concerned with man’s moral refinement or with creating a true human being. In their view, the only difference between humans and animals is that man has progressed more, he can make aeroplanes whereas animals cannot, he can become a physician, an animal cannot. The limits for such laws exist in the physical realm.

Islam, however, is concerned with everything. It concerns itself even with the period before a couple marry so that their offspring will become morally sound, upright human beings. So it has instructions stipulating what kind of person you should choose for your spouse. Why does it do this? Well, we can compare it with a farmer who wants to produce a good crop. First, he must consider the land, making sure it is fertile land, then the seeds he is to plant, they too must be of fine quality, and then what the seeds need to grow. All these things he must take into account to ensure as far as possible that his crop will be a good one and he will profit from it.

Islam does the same, only with regard to human beings. So it stipulates what kind of person you should choose for a spouse so that a virtuous human being is produced. It has instructions covering the marriage and what conditions should be fulfilled, there are also instructions pertaining to the time a child is conceived, to the period when the woman is with child and when the infant is being suckled.

Let them come and see what Islam says, how it is with an individual from the time he/she wishes to marry to ensure that the child this union produces is a good child. How later it has rules for how the infant should be reared by his mother, how he should be treated at school and for all stages of his life until the end. Islam seeks to guide you along a straight path. (178)