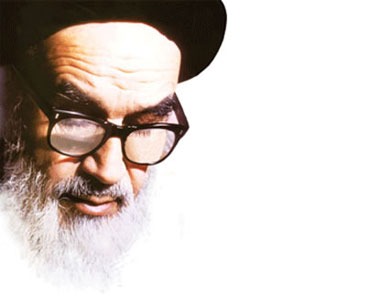 Imam Khomeini: The way of Life of Lady Fatima (sa)

We must take this family as our role model, our women should try to emulate their women, and our men their men. All of us should learn from all of them. They dedicated their lives to the support of the oppressed and to the revival of the divine traditions. We should follow their example and dedicate our lives to them. He who knows the history of Islam, knows that each member of this family was a perfect human being, even more than that, a divine being, a spiritual person who rose up for the people and for the oppressed against those who sought to destroy them.

The exemplar is Hazrat Fatima Zahra, upon whom be peace. The exemplar is the Prophet of Islam. We can say that our country is Islamic, that we have an Islamic Republic when all these ideals that are contained in Islam are realised.

The speech of Fatima Zahra, upon whom be peace, decrying the government, the uprising of the Commander of the Faithful (Imam `Ali), his forbearance over twenty odd years while helping the government of the time, and later his sacrifice in the way of Islam and the sacrifice made by his two dear sons: Imam Mujtaba,30 who discredited the tyrannical Umayyad government through the great service he rendered; and Imam Mujtaba’s dear brother, the Lord of the Martyrs (Imam Husayn), with the great service he rendered, are things about which you are all aware.
We know that despite the fact they were few in number and their weapons were insufficient, the divine spirit and the spirit of belief made them such that they were able to prevail over all the tyrants of their age, revive Islam and set an example for us all, dear brothers, which is that we should stand fast against all the powers that today have risen up in war against us, even though our numbers be few, our weapons insufficient and our readiness incomplete. And we shall also follow our Imams, upon whom be peace, in the example they set by demonstrating that one must stand against the arrogant ones armed sometimes with words and at others with weapons, and put them in their place.

Strive to purify your character and to make your friends do likewise. Strive so that you react to the outrages committed against you. In your attempts to uphold all the qualities that make up the great character of woman, be as that unique woman, Hazrat Fatima Zahra, upon whom be peace, was. All of us should take our exemplar from Islam by looking at her and her children, and being as she was. Strive to acquire learning and godliness, for learning is not the preserve of any one person, learning is for all, godliness is for all, and striving to acquire learning and achieve godliness is the duty of us all.

Likewise, if you women here, indeed all our women all over the country, have accepted today as Women’s Day, that is, have accepted the day which marks the birthday of Hazrat Fatima Zahra, with all the perfection it represents and the position it enjoys, as Women’s Day, then you have a great task to perform, one which includes struggle, just as she struggled, to the best of her ability, during the short span of her life, addressing the governments of the time and passing judgement on them. To truly accept her birthday as Women’s Day, you must imitate her. To truly accept it you must follow her example in her renunciation of the things of this world, in her devotion and piety and in all the virtues she possessed. If you do not do this, then you have not entered into the true spirit of Women’s Day. Whoever does not accept these things has not entered into the true spirit of Women’s Day and has not recognised its true nature.

Source: The position of Women from the Viewpoint of Imam Khomeini (ra)