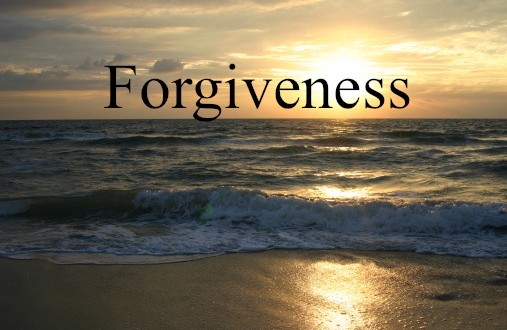 Imam Sajjad’s Reaction to Those Who Mistreated Him

The lives of religious leaders are lessons of honor, nobility, forgiveness and humanness. Their spiritual merits were manifested in practical lessons in a most magnificent picture.

One day Imam ‘Ali ibn al-Husayn as-Sajjad (a.s.) was sitting in the company of his followers when a man, who was related to him, approached and began insulting the Imam (a.s.). This man’s name was at Hasan ibn al-Muthanna. Imam ‘Ali (a.s.) ignored the man and when he had left said to his companions:

“You heard what that man said to me, I would like you to come with me to hear my reply to him.”

The companions of Imam ‘Ali (a.s.) then said:

“We will come with you, although we wanted you or us to say something (an equal response) to him.”

The Imam (a.s.) proceeded to the man’s home reciting:

“And those who when they commit an indecency or do injustice to their souls remember Allah and ask forgiveness for their faults: and who forgives the faults but Allah, and (who) do not knowingly persist in what the have done.’’ (The Holy Qur’an, 3.134)

His companions hearing this concluded that the Imam (a.s.) would say only kind words to the man. The Imam (a.s.) reached al-Hasan ibn al Muthanna’s house and said:

“Tell him this is Ali ibn al-Husayn.” The man heard this and came out prepared for an encounter. He was sure that Imam Sajjad (a.s.) came only to revenge his actions.

When al-Hasan al-Muthanna appeared, Imam Sajjad (a.s.) said: “My Brother, you have come to me and have said somethings. If you have said that which truly lies in me, I seek forgiveness from Allah; and if you have accused me of that which I am innocent, I ask Allah to forgive you!!”

When the man heard the words of the Imam (a.s.) he kissed his forehead and said:

‘Indeed I accused you of that which you are innocent of. These words describe me.” 1

The words of Imam Sajjad (a.s.) affected the spirit of this man, they relieved him of his pain arid made apparent to him the gestures of sorrow and repentance.

The Imam taught the lessons of forgiveness and overlooking the mistakes of others to his companions. He also demonstrated the happy repentance which the man experienced as a result of forgiveness.

“The lack of forgiveness is the ugliest of all flaws, and haste in seeking revenge is the greatest sin.2

The Holy Qur’an has always advised Muslims to be forgiving:

“And let not those of you who possess grace and abundance swear against giving to the near of kin and the poor and those who have fled in Allah’s way, and they should pardon and turn away. Do you not love that Allah should forgive you? And Allah is Forgiving, Merciful.” (The Holy Qur’an, 24: 22)

“And not alike are the good and the evil. Repel (evil) with what is best, when lo! he between whom and you was enmity would be as if he were a warm friend”. (The Holy Qur’an, 41.34)

When one has the power of revenge, forgiveness is a very valuable trait. Imam as-Sadiq (a.s.) placed it among the merits of prophets and the pious.3

Imam ‘Ali (a.s.) considered forgiveness to be among the best preventive weapons against the conspiracies of evil doers:

“Reprimand your brother by performing good deeds towards him: and divert his evilness by granting him favors.” 4

Imam ‘Ali (AS.) uncovered sensitive facts regarding hatred in a short yet eloquent statement. He implied that spiteful individuals are inflicted with a type of remorselessness and a lack of the sense of mercy:

“The heart which suffers most from the thirst of revenge is the heart of the spiteful.”5

It is psychologist’s view that:

“A spiteful individual is easily angered and is a merciless foe.”

“If you do not fulfill the request of the spiteful, even if it is unreasonable, he will become frustrated and never will he relax until he has sought revenge from him who did not abide by his will.”7

Man only obtains spiritual, conscience, and mental harmony when he erases the picture of hate from his heart.

“He who eradicates hatred, his heart and reason will be at ease.8

According to another psychologist:

“The more man distances himself from extravagant and overwhelming anger and hatred, the more he protects himself against nervous disorders which cause spiritual imbalance.”9

A lucky person is the one who purifies himself from enmity and revengefulness.

“A man’s happiness comes when his heart is free of spite and envy. 10

We conclude on an important point; that is, in some instances Islam prohibits the overlooking of some actions. It is true that Islam made its goal to obtain security and order, but it also considered punishment essential when the action was an encroachment on the affairs of the society or its security. Articles of the penal code are the rights of the people that can either be practiced or abandoned by the people themselves. These codes are Allah’s rights on people.