Intolerance: The Enemy Within 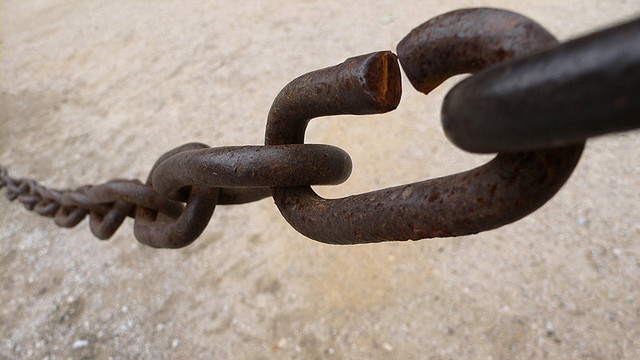 Racial, ethnic and ideological intolerances, as well as the often more destructive yet rarely highlighted frictions that arise from inter-state politics and rivalries have all featured in one way or another during our lifetimes—always with calamitous results.
In recent times, western media outlets have zoomed in on Islamic radicalism and sectarianism as leading headlines for intolerance; admittedly with little surprise. Through this association, false assumptions concerning religion, and Islam in particular, were regurgitated whilst politicians concealed hegemonic plots beneath the shocking sights of “sectarian violence”.
Despite this functional bias towards a particular strand of intolerance, we as Muslims must not lose sight of the bigger picture or shy away from dealing with our own challenges. Intolerance and radicalism are neither exclusive to the Muslim world, nor are we somehow insulated to their perfidious reach and results.
For Muslims, the presence of figures and groups who advocate intolerance from within our midst should elicit a pro-active and solemn sense of duty. To put it simply, Muslims who advocate intolerance strike their first arrows at the heart of Islam, and to their respective sects, before their harm reaches anywhere near the claimed targets of their hate.
Below are three common characteristics that unite so-called ‘religious preachers’ of sectarian hate and intolerance:

Chopping the Faith
Islam in its pristine and pure essence is indivisible. To drink from its streams of truth and knowledge, one must experience and internalise the seamless coherence between its doctrine, morality, spirituality and jurisprudence.
One of the tell-tale signs of an advocate of intolerance is the striking absence of this inclusivity. As a result, intolerant figures tend to focus on specific aspects within the Islamic tradition; be it a stubborn focus on particular episodes in history or aspects of doctrine. When questioned about how their particular narratives fit alongside other aspects within the much wider and richer religious heritage, they instantly mumble out words of warning or entirely unrelated justifications.
As a result of this conceptual constriction of Islam, their discourse becomes likewise narrowed. And the immediate consequence of this is that ‘language’ becomes increasingly less inclusive and filled with virulent abuse towards the ‘other’.

The Enemy Within
As a result of their constricted interpretation of what constitutes as ‘faith’, the first adversaries faced by intolerant factions are often those from within their own sect who refuse to acquiesce to narrow interpretations.
During the occupation of Iraq and the spike in ‘sectarian-driven’ attacks on open markets and mosques, armed groups that subscribed to a militant-Wahhabi outlook carried out numerous assassinations of Sunni scholars in a classical illustration of this tendency. In the Shii sphere, previously unknown clerics who have made a name for themselves by foul-mouthing Sunni figures and symbols actually intertwined their tirades with the most vulgar abuse of leading Shii scholars.
Those who simplify the actions of advocates of sectarian hate in a purely inter-sectarian framework do an injustice to the essential resolution of the problem, because these sectarian war-mongers usually begin by directing their spite at those from within their own sect—often terming them sell-outs or enemies within.

Image v/s Reality
Human beings tend to portray themselves as what they are in fact not. Advocates of intolerance and hate-speech are a prime example of this human flaw. No person in their sane mind would describe him/herself as a racist or instigator. Intolerant scholars and sectarian instigators in particular, often represent themselves as puritanical revivalists who are fixed on setting the record straight. They wail against accomodationist accretions that have eroded into the original pristine-ness of ‘faith’.
This factor serves to create a vicious counter-circle. By highlighting particular grievances, they amplify certain issues within the faith at the expense of others thereby dividing the wholeness of religious heritage for their own sinister goals. These preachers of hate and division drape themselves in strong religious symbolism to arouse the masses, particularly the energetic youths.
For example, certain divisive Shii ‘scholars’ point to the injustices committed against the AhlulBayt (a), and thereby justify the need to break off ties with our Sunni brothers. By doing so, they market themselves as real defenders of the AhlulBayt (a). Yet these so-called scholars fail to mention how the AhlulBayt (a) dealt with those who wronged them, let alone point to the directives left behind by the noble Imams (a) concerning how we should interact with our fellow Muslims with whom we differ on the belief in Imamah as well as other differences.

Throughout Islamic history, we have faced the challenge from divisive figures. Often they have been closely tied to the seats of authority. We have heard the terms ‘scholars of the court’ and ‘jurists of the Sultans’ used to describe this class of preachers. In the modern age of global interests, imperialists and tyrannical monarchies have an even more pronounced need for this class of ‘scholars’. The fact that sectarianism has risen to become an issue when leading Islamic visionaries of our time have underlined the importance of ‘Islamic Unity’ should in itself be sufficient to unmask the hidden hands that are at work.
Nevertheless, historical experience must have taught us by now that divisive figures who preach hate and rabid sectarianism will continue to exist. The shifting sands of global power and the mad brawl for dominance in strategic regions such as the Middle East will merely add to the levels of complexity. What we need to do as individuals and communities is to exercise vigilance and shoulder our responsibilities. We must equip our communities, particularly our youth, with the conceptual tools to combat intolerance. Our pulpits must be safeguarded from divisive figures masquerading as puritanical revivalists. Those who speak in our name to incite hatred must be revealed for what they are with a unified voice.
For followers of the AhlulBayt (a), the finest examples can be found in the lives of the noble Imams (a). The school of our sixth Imam, Jafar Al-Sadiq (a) in the holy city of Madinah, and the uninterrupted line of Shii scholars throughout the ages have taught us to regard our fellow Muslims as our brothers, to accord them respect, protect their dignity and possessions, stand alongside them in prayer, visit their sick and participate in their funerals.
In his final will, Imam Ali (a) beautifully expresses the deeply-grounded Islamic relationship between obedience to Allah (swt) and service towards fellow creation. Through this deep statement, he provides an unfailing counsel on how we should conduct ourselves and deal with some of the challenges we confront today:
“I advise you, and all my children, my relatives, and whosoever receives this message, to be conscious of Allah, to remove your differences, and to strengthen your ties. I heard your grandfather, peace be upon him, say: “Reconciliation of your differences is more worthy than all prayers and all fasting.”