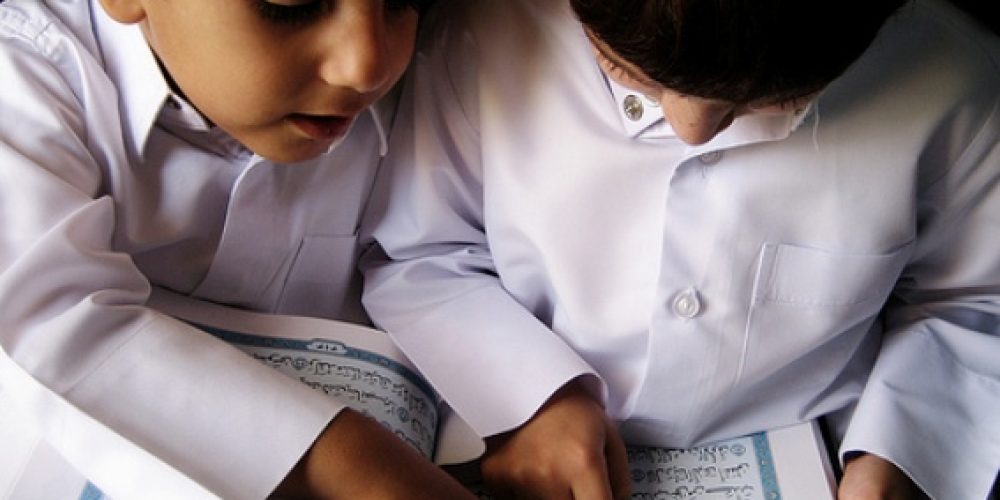 Introducing Islam to Our Children 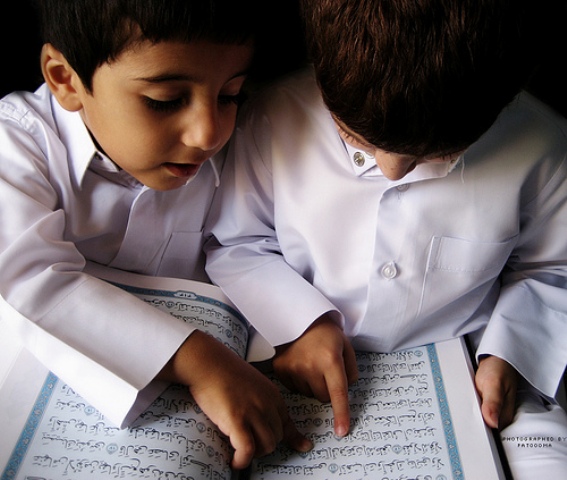 As the holy month of Ramadan is upon us again, we welcome it with anticipation and perhaps apprehension, as we wonder if we will succeed in fulfilling our duties. As parents, another thought may worry us: how can we relay the sanctity of these special months to our children? How can we encourage them to join us in our worship? Will they be able to fast in the summer? Or should they be doing so at all? Raising our children in such a manner that they carry out the acts prescribed by their Creator with love and willingness is a concern for any Muslim parent, but often we don’t know where to begin. The aim of this article is to share some of the basic principles we learn from traditions of the Ahlul Bayt (peace be upon them) on the subject of introducing Wajibaat (religious obligations), in particular prayer and fasting, to our children.

Introducing God and Islam: the Responsibility of Every Muslim Parent

Imam al-Sajjad (peace be upon him) says among the rights of a child on his parents are: “Pointing him in the direction of his Lord and helping him to obey Him.” (Psalms of Islam) All children are born with an innate inclination towards God and His worship. Among our responsibilities as parents is to provide a healthy and free environment that allows this inclination to flourish and protect them from influences that will mask their desire to worship.
In an increasingly materialistic world, we see many parents place priority on the worldly well-being of their children. Muslim parents recognize that academic and financial success has its importance, but that the faith and practice of their children are what guarantee eternal success. The Prophet (peace be upon him and his progeny) once told his companions, “Woe be unto the children of the end of time, because of their parents.” When asked if this was because their parents were disbelievers, he replied, “No, rather it is their believing parents who do not teach the obligatory acts of religion to them, and if [the children] themselves show a desire to learn the religious obligations, they (the parents) prevent them from doing so. [While it is the case that if the children] obtain a material good, they are pleased and happy. I am disgusted by them and they are disgusted by me.” (Mustadrak al-Wasail)

“Invite towards religion with other than your tongues.” The first principle to keep in mind when introducing the practices of religion to our children is to practice what we preach. Children, especially young children, learn primarily by seeing and not by hearing. When a parent makes an effort to pray on time, whether at work, the mall, on holiday, at a social gathering, or in the midst of cooking, it is far more powerful to a child then telling her to pray. Furthermore, our behavior within the home has a profound effect on the feelings our children have towards these practices. If they see our behavior improve when we fast, they will then realize the power of the month of Ramadan. On the other hand, if they see us place a great deal of emphasis on acts of worship, but see us gossip, lose our temper, and generally lack good behavior, then they may call us on our hypocrisy and conclude that the outward acts of Islam are purposeless rituals.

Understanding the Position of Recommended Actions

Imam Sadiq (peace be upon him) said: “And at the age of 7, we ask our children to fast to their capability, either half of the day or more or less, and we order them to break their fast when they become hungry or thirsty. This is so that they become used to fasting. Thus you should ask your [male] children to fast at the age of 9, and tell them to break their fast when they are thirsty or hungry.” (Usul al-Kafi)
There are numerous traditions from the Imams that talk about teaching children the practices of religion, and about training children to perform these actions at a certain age and in a certain way. We are right in taking these traditions seriously; children need to become comfortable with praying and fasting before they reach the age of maturation. However it is important to keep in mind that such traditions are recommending that parents carry out certain actions, such as encouraging young children to pray or fast. They are not commanding that all children carry out these actions at such an age. Parents need to look at the physical, emotional and spiritual capabilities of their children, and accordingly encourage them to pray and fast.
In some communities, there is sometimes a sincere, but misguided emphasis on recommended acts performed by children. However, it is important to realize that while parents can invite their children to carry out recommended acts of worship, it is not right to require these acts from them. Among certain circles, it has even become common to outdo the recommended age and moderation found in narrations. For example, it is not unheard of to see a parent proudly announce that his three year old daughter fasted an entire day in the summer! This is despite the clear command of the Imam that children who are training to fast should be told to break the fast as soon as hunger and thirst overcome them.

The late Ayatollah Behjat, one of the greatest spiritual masters of our time, used to say that his father told him to only carry out the obligatory actions of prayer as a child and young adult, but despite that, he was able to attain extremely high levels of spirituality in his prayers.

There may be times when young children show interest on their own in carrying out acts of worship, but allowing him to do so can cause physical and emotional harm that may not be apparent immediately. A parent with a young child who is keen on fasting, for example, can ask him or her to fast for certain hours of the morning, have lunch, and then continue the fast. Even the Imams used to encourage their children to maintain balance and moderation in worship. The Sixth Imam says: “When I was a youth, I was once intensely engaged in worship. My father told me, ‘O my son, you can carry out less than this. Surely, when God is pleased with His servant, He is happy with a small amount of his worship.'” (Usul al-Kafi)

Imam Sadiq said: “When a child reaches the age of three, tell him to say seven times Laa Ilaaha Ill’Allah. Then leave him until he reaches the age of three years and seven months and 20 days. At this time, teach him to say seven times Muhammadur Rasul’Allah, then leave him to be free. When he turns five, teach him to perform Sujud, and at the age of six, teach him Ruku’, Sujud, and other parts of prayer.” (Wasail al-Shia)
From the above narration, we learn a number of things, among which is that we must introduce religion to our children early. Even as toddlers, their belief in God can be awoken. As they grow and show interest, we can invite them to join us as we do Wudhu, pray, and fast. However, we want to do so gradually, and to not ask them to carry out too much too quickly, lest our haste in pressuring them to pray and fast turn them away from these actions. The Prophet says: “Do not be like the ridden horse that because of speeding is neither able to reach its destination nor has any strength left for its rider.” (Usul al-Kafi)

Lastly, it is our challenge as parents to teach our children to pray and fast in a way which is pleasurable and fun. We want our children to have pleasant associations with Islamic places of worship and religious activities. If we are harsh in our methods of teaching, lack patience, or force our children when they are not ready, those ill-feelings may carry on into adulthood, and affect their faith when it really matters. We can use stories to encourage children, give them examples of individuals, and use creative methods such as one Islamic school which started a Salat Club to increase enthusiasm for prayer among their students.
The Prophet said, “Islam is an easy religion, and to be religious is not difficult. It should not be the case that…those in charge of the religion of others act in such a way that the people imagine that it is difficult to be religious, and because of unnecessary force people flee from religion.”
We ask the Almighty for wisdom and strength to raise children who have love for the faith and who show interest in praying and fasting not only as children, but when they are adults away from our eyes and facing the pressures of society. Let us be among the true followers of the Ahlul Bayt and not those who belong to the two categories mentioned in the Salawat of Sha’ban: “those who go ahead of them (Muhammad and his Progeny) are misled, and those who lag behind them are ruined.”