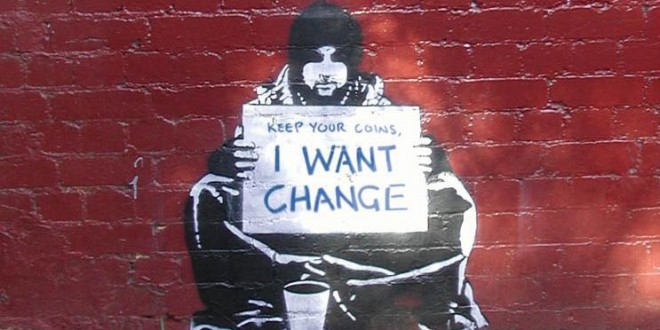 Islamic Activism at What Cost?

I was recently attending a meeting with several activists from various local organizations.  All of them were in their 20’s or early 30’s. At a certain point, someone mentioned how sleep deprived they were and from there, the tales of self-sacrifice emerged. Knowing the brother across from me hadn’t slept correctly in weeks because of a project he was working on didn’t come as a surprise to me. He looked the part most certainly. Others talked about their reversed sleep schedules where they’d stay up until Fajr prayer, sleep until late afternoon and do “Islamic Work” in between.

I tried my best not to judge them; after all, up until 2 years ago, I was probably worse when it came to sleep. I was going to school full-time, working part-time, and volunteering for so many different projects. I’m pretty sure my family forgot I existed for a while. Was I productive? Somewhat.  Projects were completed and people thought I was some superhuman being. I wasn’t. I was miserable and tired all the time. I kept getting sick and my immune system was destroyed from the lack of sleep, lack of  real meals (for a while I lived off coffee and Lean Cuisines), and stress.  The real kicker? I thought it was acceptable because, everyone else was the same way. We were just a group of miserable know it all activists who held events, ran websites, and organized awareness events.  The people I considered my mentors were the same exact way. People who turned down projects were judged and belittled subconsciously. We assumed they weren’t as dedicated as we were to the “cause.”

What cause? The cause of trying to kill ourselves from a horrible lifestyle before the age of 30? After I graduated from college, I got a job as a kindergarten teacher. At that point, I realized that I needed to sleep. The kids deserved a teacher who was fully there and not exhausted all the time. I began to get in 8 hours of sleep a night. My knowledge of food groups expanded beyond frozen meals and midnight coffee runs, and I learned to say “no.”

By some miracle, common sense was knocked into me and I realized the changes I was making were positive and helping me as a Muslim. Prayer time was no longer squeezed in between meetings and phone calls about events and projects. I was so much less stressed as a person and my soul was so much more at peace. I continued to do a few projects, but I had no qualms about politely declining a project too.  Imam Ali (peace be upon him) says, “Do not make a promise that you are not confident of fulfilling.”  A believer’s word is so powerful and I was always afraid to let others down that I would just take on more and more projects. However, we know that as believers, we should avoid doing that which we must find excuses for later.  Several months ago, I was sitting on a planning meeting for a large Islamic event in my community. I realized midway through that I just didn’t have the time or resources to give to the event and subsequently declined. Instead of spending 6 weeks planning an event that I knew was going to be stressful, I trained for my first marathon.  The event went on just fine and I completed a marathon. Apparently, lightening doesn’t strike you from the sky when you have to say no to a project or event. Why didn’t someone tell me that earlier?

I always considered myself incredibly blessed to come into contact with the individuals of such great quality that my Islamic projects allow me to the privilege to interact with daily. However, it seems that the expectations Islamic activists are placing on themselves lately far exceed what any single human being is capable of. Our communities may be to blame here too. For far too long, we’ve somehow relegated Islamic work and event planning to a select few and somehow expect perfect events, Dawah materials, and projects. How feasible is this? It seems the health and occasional sanity of activists is collateral damage in our communities and no one appears to bat an eyelash. The turnover rate many organizations are struggling with is deeply rooted in the expectations we place on activists and the lack of support we provide them.

There needs to be a conscious movement among scholars and community leaders to reintroduce basic Islamic principles among those involved in Islamic work. So often we find the assumption that those in the Islamic work field are somehow perfect Muslims is far too prevalent. This couldn’t be farther from the truth and they too need a support system. They need scholars who have no qualms sitting them down and reminding them of their duty towards themselves. Often it seems we have people who are just too “hard-core” but can’t seem to pray on time and they often run meetings by showing up late and effectively offending every participant with their conduct. Concepts of Akhlaq, time management, and interpersonal relationships from an Islamic perspective need to be revisited constantly. Activists are human beings and they too need opportunities to grow as Muslims and individuals. It’s not feasible to go protest against oppression in the Middle East when you’re an activist who has been oppressing their own health, prayers, and self-development.

We also need leaders within Islamic organizations who are able to effectively manage their own time and impart this knowledge with their volunteers. Unfortunately for many volunteers however, their leader is just as sleep deprived and burned out as they are.  Perhaps it’s a good thing to be able to relate to your volunteers and their challenges, but even greater practice would be to recognize the signs of stress and burn out and to lighten the load on them. As I’ve moved into  more administrative roles  in various organizations, I find myself increasingly asking volunteers to complete surveys on their workload.  I’ve been criticized for being too “soft” on volunteers and not pushing them hard enough by others.  How can I inflict on them the same hardship I endured for years? I refuse to and often work to shield my committee members away from certain aspects of Islamic work that are less than ideal.

In time, it is hoped that a majority voice will reassure younger volunteers that ultimately, our duty is to ourselves and our faith. If you can pray on time, meet your obligations as a family member, and fulfill your duty towards your Imam (ajf), then you’ve succeeded. It doesn’t matter how many projects a person can list off if they themselves are not meeting the very basic requirements of our faith. There is no shame in declining a project or asking for a smaller role in one. Those who pass judgment on how many or how few projects you do have their own issues  and they stem from their narrow perception of Islam. At the end of the day, if you can go to sleep knowing that you gave your faith everything you could that day by praying on time, treating others well, and fulfilling your obligations, then you have served this beautiful faith well. After all, God knows what is in the heart of every human being and small acts done consistently and with sincerity will measure more heavily on the Day of Judgment than heavy acts that burden our souls and lead us away from Him.