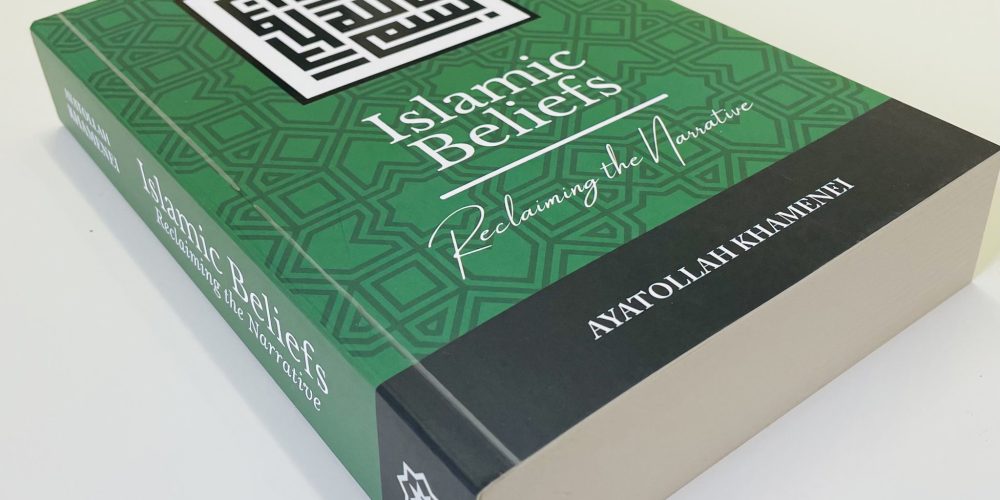 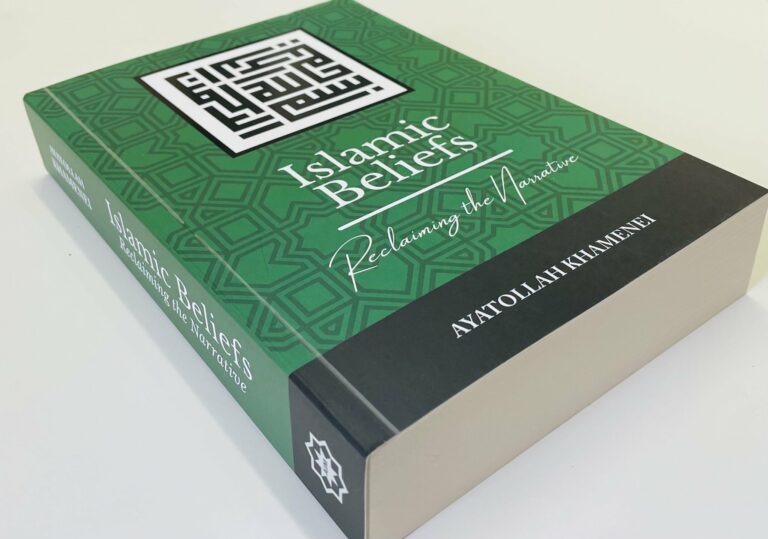 The Ahlulbayt Islamic Mission has recently published the much awaited text “Islamic Beliefs – Reclaiming the Narrative” which is now available in the English language after being translated from the Farsi original ‘Tarhe Kulliye Andisheye Islami Dar Quran’.

This book presents the theological thoughts of a young Ayatollah Sayyid Ali Khamenei before the victory of the Islamic Revolution. It advocates the view that over the centuries, we have seen the narrative of Islam defined and even dictated by everything except the Holy Qur’an and the real leaders of the divine movement. It focuses on revisiting the sacred scripture to better understand the true purpose of faith, consequently changing the way we see life and the world around us.

Background to the book:

The year was 1974 and Iran in this period was a secular country governed by a tyrannical monarch who boasted centuries of ancestral authority and had close ties with global powers.

It was Ramadan in the holy city of Mashhad and with the call for afternoon prayers sounding in the background, the streets leading to the masjid were buzzing with men and women of different ages, who in spite of the summer heat found their way to a tiny structurally incomplete masjid while fasting to gather in anticipation of the new ideas being delivered from the pulpit.

A relatively unknown young man, donned with a black turban and matching colour cloak, stood behind the microphone to deliver his talk. He was a young cleric known as Sayyid Ali Agha and he was the resident Imam for this small masjid. During Ramadan he would deliver his daily lectures in the after Dhuhr prayers while fasting. With his piercing eyes and an eloquent tongue, he would capture the imagination of the audience with ideas that would change the world in their minds, but these were ideas that had the potential to change a lot more than that. Little did the world know that this young Sayyid Ali would be destined for greatness.

This was no ordinary gathering and those were no ordinary times. The people of Iran were suffocating under the tyranny of the Pahlavi monarchy and religious discourses were being stifled and silenced. The regime of the King feared the threat posed by anything ‘Islamic’ and were cracking down on anyone who propagated Islamic ideas. In such times, public gatherings that were held to discuss Islam, beyond rituals or recitations were an act of defiance. Yes, these were no ordinary times but as the world was to find out, Sayyid Ali was also no ordinary person.

Revolution was in the air and Imam Khomeini, the exiled leader of the revolution, was delivering his famous talks on Islamic Government from neighbouring Iraq.

The culmination of sacrifices and efforts from the depths of history were finally showing signs of fruition under a wise and divine leadership. A storm of huge magnitude was brewing and the waves of the revolution were coming and would change the course of history.

The contributions of Sayyid Ali Khamenei to Islamic revival are many but in this book we seek to show his theological and ideological viewpoints through his own words prior to the victory of the Islamic revolution.

It is Sayyid Ali Khamenei’s view that over the centuries, we have seen the narrative of Islam defined and even dictated to by everything except from the Holy Quran and the representatives of the divine movement; and so he delivered these lectures with a special focus on the Holy Quran, with a desire to reclaim the narrative on how Islam defines itself and how that would profoundly change our understanding of faith and religion.

It is important to mention that this book contains the lectures delivered by Sayyid Ali Khamenei in the exceptional circumstances prior to the Islamic revolution and although it is in that context that this book should be read, the ideas and meanings presented are treasures that are relevant for the development of Muslims in every era.

To buy this book, please visit House of Taha:
https://www.houseoftaha.com/products/islamic-beliefs-reclaiming-the-narrative