Islamic Piety is Not Against the Principles of Everyday Life 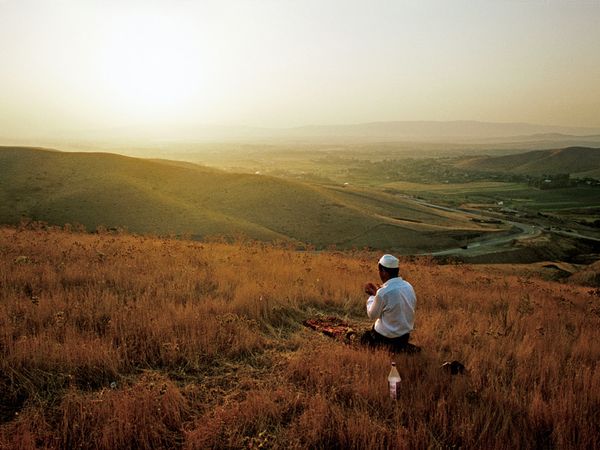 When the topic of piety and detachment of the world comes up and quotations from the Holy Qur’an or the Imams (as) are mentioned, a kind of misunderstanding is created in the minds of certain people. They will say to themselves that these two contradict each other. Islam—the perfect religion, while inviting people to be pious and detached from the world, has taken every aspect of human life into consideration.
It is against seclusion, irresponsibility to social undertakings, and indifference to the events happening in the human society. Islam equally blames the oppressors and the oppressed as the agents behind the spread of oppression and corruption. They are both entitled to punishment. The Hoy Qur’an depicts the assembly of the two groups in hell:

“Whenever a nation shall enter, it shall curse its sister, until when they have all come up with one another into it; the last of them shall say with regard to the foremost of them: our Lord! These led us astray; therefore give them a double chastisement of the fire. He will say: every one shall have double but you do not know. (7:38)”
Piety, meaning lack of interest in the worldly affairs in one’s mind and hear and abstinence from pleasure seeking in practice, is the outcome of a kind of enlightenment in one’s soul in a way that man sees the world as transient and subject to decline. As a result of such an insight, man considers his personality as one created for eternal life hence finding himself too dignified to have tendency towards a mortal, material life. The leader of the pious, Imam ‘Ali (as), in sermon No 32 of Nahjul Balagha, says:

“How bad is the transaction that you allow, (the enjoyment of) this world to be a price for yourself as an alternative for what there is with Allah for you”
That is to say, man’s human personality and the eternal life of the Hereafter is so sublime that if he loses the two but gains the whole world, it would be a bad transaction. The pious man finds his prosperity and his ultimate goal in the illuminated world of affinity with God and His pleasure. In this relation, Imam Sajjad (as), in the eighth part of the Whispered Prayed of the Devotees, says:

“For my aspiration has been cut off from everything but You and my desire has turned toward You alone, You are my object, none other; to You alone belongs my waking and my sleeplessness. Meeting You is the gladness of my eye, joining You is the wish of my soul. Toward You is my yearning, in love for You my fervent craving. Your good pleasure is the aim I seek.”110
Quoting Imam Sajjad (as), Abu-Hamza ath-Thumali, says:

“O Master Lord, in Your remembrance my heart takes delight, with prayers I hold communion with You, it freezes the pain of fear that torments me.”211
A pious man is not one who does not possess anything but one who is not slave of anything.
Therefore, a pious man is a sublime soul released from the humiliating, materialistic captivity and soaring in the infinite space seeking God. Such a man has become familiar with supernatural pleasures. His joy and sorrow depends on that type of pleasure, not on worldly pleasures, which are little provision and exposed to rapid annihilation.
Therefore, when a man reaches that stage of spiritual perfection to find himself above the world and its desires, he will never become captive of carnal desires. He neither violates other people’s rights nor allows them to violate the rights of other human beings. Acting on the basis of his religious duty, such a man is steadfast in preserving his own rights and those of others in defending justice, and will not spare his life in the path of God.
The vivid lives of the Imams (as), and at the top of them the life of Imam ‘Ali (as), is good examples. Being at the zenith of piety and detached from the world both physically and spiritually, Imam ‘Ali (as) displayed to the world the highest degree of respect for other people’s rights, defense of social justice, and proved consistency of piety with living a social life and a sound way of living.
—
Source: Hajj: The Islamic Pilgrimage