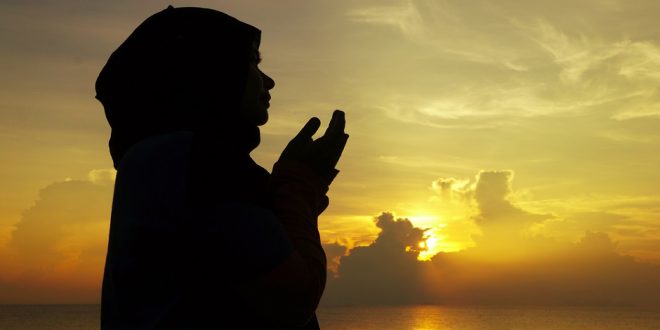 An eight year old blurts out to his father is who is trying hard to convince him to enrol in a summer program, “I don’t want to go. It’s my decision.”  A daughter who gets pregnant in her teens decides that she will abort her baby since she is not ready.  A 20-year old drops out of college and says “it is my life.”  An ignorant and barbaric father buries his newborn daughter alive and says…”it’s my decision.”

All these are examples of different individuals in society who resonate the same thought and call.  As human beings, we are indeed bestowed the divine gift of free choice and freedom to act as we wish in our lives. However, with freedom comes responsibility, and with ability comes accountability. Human beings were created for a divine purpose, to serve the Creator and do good in this life.  Unlike other creatures, man is gifted with the intellect, a unique and precious means which elevates man to higher levels of humanity. With the intellect, man is given the divine privilege to act as he wishes, to perform good or commit evil, to follow right or yield to wrong, to be just or commit injustice, to help others at the time of need, or neglect our responsibilities.  There is a good amount of freedom that we possess in our everyday lives, the reality is that often times it is the will of God prevents us from doing what we want or to the extent that we desire.

Me, mine, I!  It’s all about me…no one else but me…it’s my life…it’s my decision! It is a poisonous mentality that many of us have started to practice and the youth are most vulnerable to this unhealthy outlook.  There is nothing wrong to pursue ones dreams, goals and ambitions in life.  However, if doing so will negatively impact others, then there is a problem. Often times, we aim to reach the object of our desire without giving regards to the means of doing so.  It doesn’t matter if our family is affected, if our loved ones are disregarded, or critical concerns are dismissed. It’s me that matters, it’s my pain which is above any one’s pain, it’s my comfort that is more valuable than the discomfort of others. What matters is my today even if someone else’s tomorrow is forever affected.  “It’s my decision and it has to be respected!”  But how can one respect a decision that steps over others, or disregards the common concerns at hand?

We all face situations in life where making decisions is difficult.  How can we make the correct decisions in our lives?  Our Infallible Imams (AS) provide valuable guidance in this regards. The importance of making sound decisions is so vital especially when it comes to decisions that affect families and the whole of society.  A group of bad decisions on critical issues can easily harm the fabric of society.  Likewise, wise decisions made at the right time in complex issues may make a huge difference in the long run regarding the progress of our communities, starting first at the household level.  In the words of Imam Ali ibn Abi Taleb (AS), “Stubbornness will prevent you from making correct decisions.”  If a person is not flexible and open-minded to changing a decision he has initially made, then even if all the logic is presented to him, his stubbornness will prevent him from making the correct or better yet, the better decision.

Furthermore, Imam Ali (AS) advises us, “Never make a decision in anger and never make a promise in happiness.”  Glory be to Allah!  Many a times, we make silly decisions based on emotions which is fuelled by anger and frustration. On the other hand, sometimes we may be predisposed to make a hasty decision out of over-optimism and excitement that make us commit to something that we have not carefully studied and are not ready for.  In that process, we may lose finances and also lose the trust of others.  In that context, Allah (SWT) mentions in the Holy Quran that man always tends to make hasty decisions:

As it is, man (often) prays for things that are bad (for him) as if he were praying for something that is good (for him): for man is prone to be hasty (in his judgements).” [17:11]

We should give ourselves ample time to make a decision and think things through.  Letting time pass and re-thinking the matter is healthy because sometimes we wake up in the morning and a new realization dawns upon us which we didn’t think about before.  Experience shows that the worst of decisions are often made in haste.

Decisions are not easy to make, some are easier than others, but the most difficult of decisions are that which affect others and not only ourselves.  That is why those in the seat of leadership such as rulers, presidents, and governors of cities and states carry a huge burden on their shoulders.  Decisions such as making military commands, voting or implementing a judicial law, or passing a bill will certainly affect a community as a whole.  On a personal level, our immediate family, friends, and acquaintances will mostly be affected by many of our decisions.   Using logic and basic common sense should come as our first instinct in making decisions.

But what happens when we are confused and unable to make a sound decision on our own in a matter that is intertwined or a topic where our minds and hearts differ?  Imam Ali (AS) tells us, “When you are unable to resolve something through trying and praying, leave the decision to Allah (SWT) as Allah always decides better for His followers.”  Relying on our Almighty Creator and practising Tawakkol (trust and reliance) is the best of deeds, for Allah (SWT) promises:

Life is all about making the right decisions at the right moment.  We have a pristine example in the famous companion of Imam Husain (AS), Hurr ibn Yazid Al Riyahi who defied the satanic forces which had occupied his inner soul.  He experienced a change of heart after he worked his mind and studied the situation at hand. Hurr paused his actions and did not rush to follow the herd of blind men who fearfully obeyed the orders of Ubaidullah ibn Ziyad. In a split second, he paused to reflect on the choice he was making, the choice between earning the pleasure of the temporal life of this world, OR winning the Hereafter and gaining the eternal satisfaction of Allah (SWT) and the proximity of the holy Infallible Imams.  He contemplated and he weighed his options…and he made the correct decision to repent and relent his position of being with the army of Ibn Ziyad and instead, joined the camp of Imam Husain and presented himself as one of the first to give his life in defense of the Prophet’s family and in service to Islam.

And it was in that split second which forever changed history for Hurr.  Instead of becoming among the cursed killers that we perpetually condemn in Ziyarat Ashura, instead he became among the loyal companions of Imam Husain who are remembered eternally.  He has become a symbol and example of how a sinning servant can repent and convert to righteousness, follow truth and redeem himself regardless of what bad has been committed.  Today his shrine is located several kilometers from Imam Husain’s holy shrine and many of the devout believers come to visit and pay their respects to him.  We are all capable of being like Hurr and purifying ourselves from the satanic forces of our Nafs which calls us to make wrong decisions that hurt us in both worlds.  We are all capable of making the right decision and enlightening our hearts with truth and justice which please Allah (SWT), the Prophet (SA), and our beloved AhlulBayt (AS).