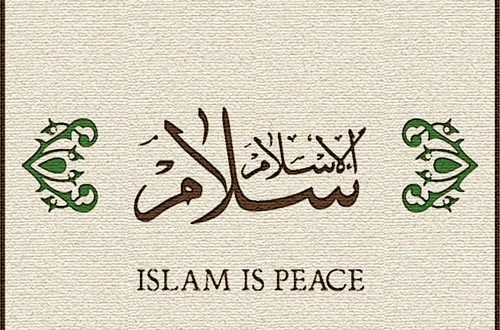 These words of courtesy expressed for non-Muslims as “sisters and brothers in humanity” are nothing new in a Muslim’s psychic. Fourteen centuries ago when Imãm ‘Ali bin Abi Tãlib, the son-in-law and successor of the Prophet, appointed Mãlik al-Ashtar as the governor of Egypt, he wrote an epistle for him which outlined the basic rules of governance. Since Egypt was a multi-faith province of the then Muslim Empire, ‘Ali instructed his new governor as follows:

Infuse your heart with mercy, love and kindness for your subjects. Do not stand over them like greedy beasts who feel it is enough to devour them, for they are of two kinds: either they are your brethren in faith or like you in creation.1

This sense of respect for non-Muslims has been an integral part of Islam, the faith brought to us by Prophet Muhammad (s.a.w.), a prophet who is followed by one-fifth of the human race and a prophet who is ranked by Michael Hart as “the most influential single figure in human history.” And, therefore, it is important to know him and his people.

Dialogue between civilizations is an urgent need of our time. It is indeed sad to see that even though we live in the era of fast and vast means of communication, nations and religious communities have not yet been able to have a meaningful dialogue with one another.

It is in this background, that I believe the timing of this program at the Canadian Parliament is very appropriate since we have just gone over a major speed-bump on the road of interfaith dialogue, a speed-bump in which the Prophet of Islam was maligned as a person who brought nothing but “evil and inhuman” teachings.2

Mission’s of the Prophets: Justice

Who was Prophet Muhammad? And what was his mission?

For us Muslims, Prophet Muhammad is the last in the series of 124,000 prophets whom God sent for guidance of human society.

Almighty God says in the Qur’ãn,

“Certainly We have sent Our messengers with clear guidance; and We sent down to them the Book and the scale so that humans may conduct themselves with justice.” (Surah al-Hadid, 57:25)

All great prophets of God –Adam to Noah, Abraham to Moses, Jesus to Muhammad– came to establish justice in society.

All humans wish for peace in this world. But peace cannot be achieved in vacuum. It is inter-twined with justice. To have peace, justice must become the foundation of our social system; otherwise, we cannot achieve a durable peace.

Peace in society depends on peace within ourselves. According to Prophet Muhammad: we must foster the sense of justice within ourselves by creating harmony between our emotions of anger and greed on one the hand, and our reason and intellect on the other hand; between the physical dimension and the spiritual dimension.

Once, when the Muslim army returned to Medina from its mission, the Prophet greeted the soldiers by saying, “Welcome to the people who have performed the minor jihãd, and have yet to go through a major jihãd.”

The soldiers asked, “O Prophet of God! What is the major jihãd?”

The spiritual jihãd is not an easy jihãd. You have to gain control over your strongest emotions, and live according to the voice of reason and conscience. Only those who can conquer their egos can truly establish peace in society.

The Prophet of Islam was ahead of his times in promoting peace and justice in society. It would be worthwhile to look at how he dealt with non-Muslims minorities and with the enemies during the war time because the true worth of a society manifests when it is put under pressure.

With Non-Muslim Minority in Medina

The Prophet and his followers were a persecuted minority in Mecca. When the torture became unbearable, he migrated to Medina, a city in northern Arabia, most of whose inhabitants had already accepted Islam. Once he settled in Medina, the Prophet realized that there was a minority Jewish community in that city that had no inclination to accept Islam. He met them and invited them to a pact with the Muslims so that each religious group in Medina knew its rights and obligations. Some relevant part of the charter reads as follows:

• The Jews who enter into this covenant shall be protected from all insults and vexations; they shall have an equal right as our own people to our assistance and good offices. The Jews of the various tribes…and all other non-Muslim residents of Medina shall form with the Muslims one composite nation

• They shall practice their religion as freely as the Muslims.

• The allies of the Jews shall enjoy the same security and freedom. The guilty shall be pursued and punished. The Jews shall join the Muslims in defending Medina against all enemies. The interior of Medina shall be a sacred place for all who accept this Charter. The allies of the Muslims and of the Jews shall be as respected as the principal parties of this Charter.
This agreement between the first Muslim community and the Jewish community in Medina shows the sense of justice portrayed in the Prophet’s character in dealing with minorities. It also clearly shows that the Prophet did not spread Islam, even in the city of Medina, by force; on the contrary, he promoted peaceful co-existence with followers of other faiths, especially Jews and Christians. Out of the three Abrahamic faiths, it is only Islam which has recognized Judaism and Christianity on a theological level; the Jews and the Christians are known, in Islam, as Ahlul Kitãb, the People of the Scriptures.

Following the example of Prophet Muhammad (s.a.w.) many rulers in Muslim history maintained peaceful and cordial relations with their non-Muslim subjects. If we were to compare the attitude of the Muslim rulers towards the minorities living under their rule during the nineteenth century—with the attitude of the Europeans and the Americans towards their minorities, I dare to say that the record of the Muslims would be much better. Professor Roderic Davison, a prominent historian of the Ottoman Empire, writes, “It might in fact have been argued that the Turks were less oppressive of their subject people than were Prussians of the Poles, the English of the Irish, or the Americans of the Negroes…There is evidence to show that in this period [i.e., late 19th century], there was emigration from independent Greece into the Ottoman Empire, since some Greeks found the Ottoman government a more indulgent master [than their own Greek government].”3

If you study the medieval history of Europe, you will see that the only model of a peaceful multi-cultural and multi-faith society was Spain under the Muslim rule—a Spain in which Christians, Jews and Muslims lived in peace and harmony.

An Islamic injunction about loving and caring for a neighbour covers all kinds of neighbours:

Even if a Muslim’s parents are idol-worshippers, Islam –the religion of monotheism– instructs him to respect and be kind to them. Almighty God says in the Qur’ãn:

“And if they [that is, your parents] insist on you to associate (an idol) with Me… then do not obey them; however, live with them in this world kindly…” (Surah al-Luqman, 31:15)

With Enemies in the Battle Field

The Qur’ãn instructs the Muslims to maintain justice even when dealing with their enemies.

“O you who believe, be maintainers of justice (and bearer of) witness for (the sake of) God. Let not hatred of a people incite you to act unjustly; be just—this is nearer to righteousness. And fear God surely God is aware of what you do.” (Surah al-Maida, 5:8)

The first battle in the Muslim history is very significant. It took place in the 2nd year of the Muslim calendar between the Muslims and the polytheists of Mecca. Even though outnumbered and ill-equipped, the Muslims defeated the Meccans and took seventy prisoners of war.

The norm among all societies at that time was to either kill the POWs or make them slaves. But Prophet Muhammad instructed the Muslims to treat the POWs humanely; they were brought back safely to Medina and given decent lodging in the houses of the people who had taken them prisoners. The Qur’ãn decreed that the POWs must not be ill-treated in any way.

According to a Western biographer of Prophet Muhammad, Sir William Muir, “In pursuance of Mahomet’s commands, the citizens of Medina…received the prisoners and treated them with much consideration. ‘Blessings be on the men of Medina’, said one of the prisoners in later days, ‘they made us ride, while they themselves walked, they gave us wheaten bread to eat when there was little of it; contenting themselves with dates.”
The way the Prophet dealt with the prisoners was very revolutionary. The poor prisoners were released free; those who came from affluent families of Mecca were returned for a specified ransom. (See the Qur’ãn: Surah Muhummad, 47:4) But the most interesting case was of those prisoners who were literate – the Prophet Muhammad made a deal with them that they could go free if they could teach ten Muslim children how to read and write.

Even the rules of engagement during war are also important. Whenever Muslims embarked on the minor jihãd, a defensive jihãd, the Prophet Muhammad (peace be upon him) had standard instructions regarding non-combatants and also the environment:

• “Do not violate the treaties.”

• “Neither burn down the palm-trees nor drown them with water.”

• “Do not cut down a tree bearing fruits.”

• “Do not drown the plantations.”

• “Do not poison the water of the infidels.”4
All this was done fourteen hundred years ago; long, long before the Geneva Convention came about.

In background of the secret prisons run by the CIA, ‘the manual of torture’ written by the US army to interrogate the prisoners, and the disclosure of torture in Abu Ghuraib prison, I can proudly say that the example and teachings of Prophet Muhammad about Prisoners of War (POWs) are “definitively good and humane” even according to the standards of the 21st century.

Ladies and Gentlemen, the essence of a meaningful dialogue between civilizations is to find ways and means to bring the religious communities to practice the ideals preached by the great Prophets of God.

We have to challenge the extremists on both sides:

1.      to the Bin Ladens who hurt and kill innocent civilians while the Prophet Muhammad taught compassion and kindness even to animals and plants;

2.      to the fundamentalist Christians of southern US who formulated a ‘just war’ argument soon after 9/11 and back the US war on theological grounds while Jesus taught compassion and forgiveness by saying whoever smites you on your one cheek, ‘turn the other too.’

I end with the famous prayer taught to us by the Family of the Prophet:

“O Allah, You are the peace, from You emanates the peace and to You shall the peace return.”